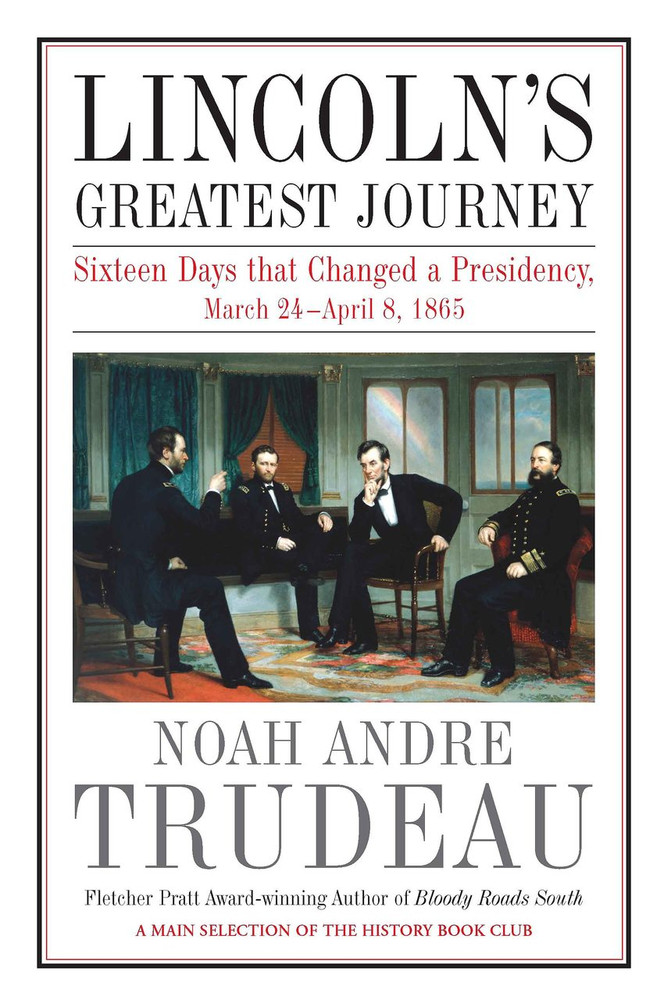 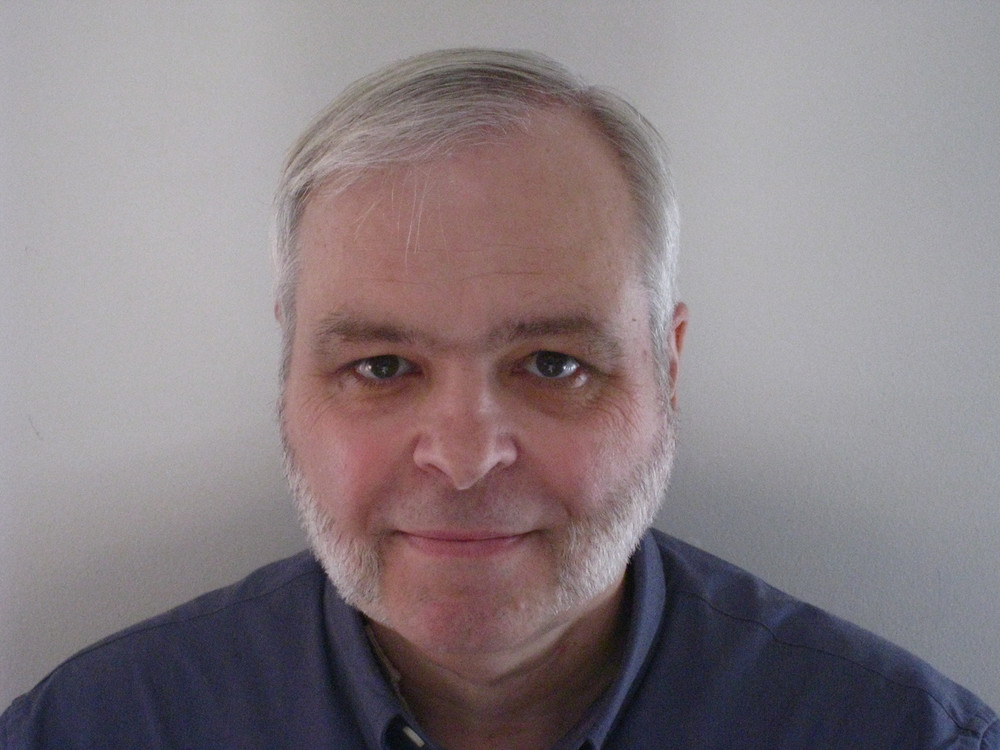 March 1865: The United States was at a crossroads and, truth be told, Abraham Lincoln was a sick man. “I am very unwell,” he confided to a close acquaintance. A vast and terrible civil war was winding down, leaving momentous questions for a war-weary president to address. A timely invitation from General U. S. Grant provided the impetus for an escape to City Point, Virginia, a journey from which Abraham Lincoln drew much more than he ever expected. Lincoln’s Greatest Journey: Sixteen Days that Changed a Presidency, March 24 – April 8, 1865, by Noah Andre Trudeau offers the first comprehensive account of a momentous time.

Lincoln traveled to City Point, Virginia, in late March 1865 to escape the constant interruptions in the nation’s capital that were carrying off a portion of his “vitality,” and to make his personal amends for having presided over the most destructive war in American history in order to save the nation. Lincoln returned to Washington sixteen days later with a renewed sense of purpose, urgency, and direction that would fundamentally shape his second term agenda.

Previous coverage of this unprecedented trip—his longest break from the White House since he had taken office—has been sketchy at best, and often based on seriously flawed sources. Lincoln’s Greatest Journey represents the most extensively researched and detailed story of these decisive sixteen days at City Point in a narrative laden with many heretofore unpublished accounts. The richly shaped prose, a hallmark of Trudeau’s pen, rewrites much of the heretofore misunderstood story of what really happened to Lincoln during this time.

A fresh, more complete picture of Lincoln emerges. This is Lincoln at a time of great personal and national change—the story of how he made peace with the past and became firmly future-focused, all set against a dramatically new narrative of what really happened during those last weeks of his life. It infuses the well-worn Lincoln narrative with fresh sources to fundamentally change an often-told story in ways large and small. Rather than treat Lincoln as a dead man walking when he returns to Washington, Trudeau paints him as he surely was—a changed man profoundly influenced by all that he experienced while at City Point.

Lincoln’s Greatest Journey represents an important addition to the Lincoln saga. The conventional wisdom that there’s nothing new to be learned about Lincoln is due for a major reset.

"Lincoln's Greatest Journey combines Trudeau's trademark fine-grained research with narrative skill to produce a vivid account of Lincoln's sixteen days at the front in Virginia, where General Grant's army finally broke Confederate lines and began the campaign that led to Appomattox. This dramatic story of face-to-face collaboration between the commander in chief and his general in chief builds to a climactic ending of the Civil War.” (James M. McPherson, Pulitzer-prize winning author of Battle Cry of Freedom and author of The War That Forged a Nation: Why the Civil War Still Matters)

“Abraham Lincoln’s longest hiatus away from Washington was also his last, and surely his most important. Trudeau’s Lincoln’s Greatest Journey plows new ground in detailing for the first time the president’s 16 days with the Army of the Potomac on the very eve of victory, days in which he renewed his own flagging energy and helped inspirit his soldiers and officers. Especially welcome is Trudeau’s analysis of the often-flawed sources on which previous descriptions of the trip have been credulously based. Surely this is the author’s best and most original work to date.” (William C. Davis, award-winning author of Inventing Loreta Velasquez and Crucible of Command: Ulysses S. Grant and Robert E. Lee―The War They Fought, the Peace They Forged)

“Trudeau demonstrates great insight by allowing the reader to view this short, but critical, period in Abraham Lincoln’s presidency. In this sixteen-day stretch, Lincoln visits City Point to ‘participate’ in the last days of the Civil War. It is not only relief from the politics and stress of Washington, but a chance for the President to see and meet with his General in Chief, other officers, and especially the troops. It changed the President in a way that was reflected in his evolving policy on how to deal with the Confederates after imminent surrender. His Reconstruction policy was also evolving during this time, and his thoughts on extending some of rights of citizenship to the U.S. Colored troops and their families had become more than an embryo. This is a most worthy addition to the 16,000 volumes written about Lincoln since 1865.” (Frank J. Williams, founding Chair of The Lincoln Forum and Chair of The Ulysses S. Grant Association and Presidential Library)

"With such an overwhelming amount of research, one wonders if every stone has been uncovered in discerning Lincoln’s life. With a new study, Noah Andre Trudeau proves that, in fact the answer to that question is a resounding no, and there is still plenty out there to be found... The story certainly does matter, and Trudeau has given it its rightful justice. Lincoln’s Greatest Journey would be a welcomed addition to any Civil War library." (Ryan Quint, Emerging Civil War)

"Lincoln’s Greatest Journey represents the most extensively researched and detailed story of these decisive sixteen days at City Point in a narrative laden with many heretofore unpublished accounts. The richly shaped prose, a hallmark of Trudeau’s pen, rewrites much of the heretofore misunderstood story of what really happened to Lincoln during this time... Lincoln’s Greatest Journey represents an important addition to the Lincoln saga. The conventional wisdom that there’s nothing new to be learned about Lincoln is due for a major reset." (Civil War Talk)

"I have read quite a few books on the Civil War and I have never read such a narrative of battles through the eyes of the president such like this... Words cannot describe how much I recommend this book. It has been some time since I have been emotional reading a non-fiction work and yet as these days were described, I could not help but get emotional not only from the president, but from the soldiers who were fighting this waning war. Lincoln’s Greatest Journey is a welcome addition to the Civil War world, but also, it is a welcome addition to those who want to study Lincoln himself. Trudeau’s narrative is amazing; it evokes a different type of narrative in recent studies. It touches you on a scale which, as I stated before, I cannot describe." (Gettysburg Chronicle)

"I received an ARC a while back and fully expected to put it away after reading a few chapters. Instead, I found the writing surprisingly engrossing and quickly finished it. The book is an almost moment-by-moment recounting of Lincoln's famous City Point visit, replete with multitudinous personal anecdotes related by numerous sources (many of which I hadn't read before, though others my have)... In addition to those interested in all things Lincoln, readers wanting to read something fresh about the closing moments of the war in the East should find the book well worth their time." (Civil War Books and Authors)

“Trudeau, author of a number of books on the Civil War, with a particular interest in its final period, gives us an insightful, detailed account of Lincoln’s visit to the front at Petersburg and Richmond in closing hours of the war… this is an outstanding work.” (NYMAS Review)

Noah Andre Trudeau is a history graduate of the State University of New York at Albany. His first book, Bloody Roads South, won the Civil War Round Table of New York's prestigious Fletcher Pratt Award, and enjoyed a cameo appearance in the hit web television series House of Cards. His fourth book, Like Men of War, a combat history of black troops in the Civil War, was honored with the Grady McWhiney Research Foundation's Jerry Coffey Memorial Book Prize. His other books include a best-selling history of the Battle of Gettysburg, Sherman's "March to the Sea," and a compact biography of Robert E. Lee.