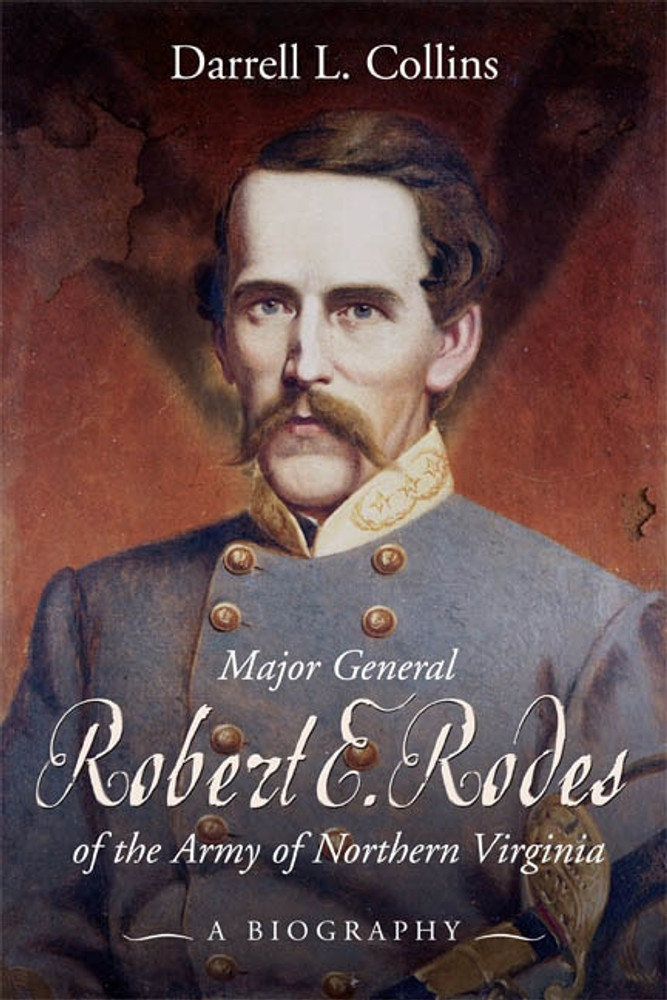 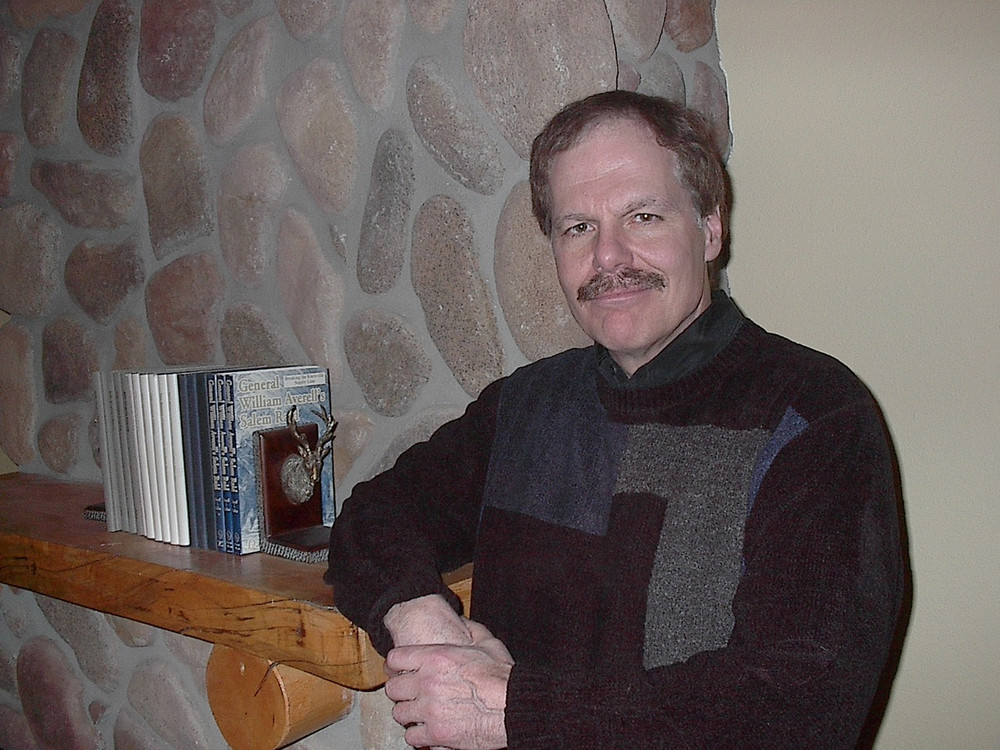 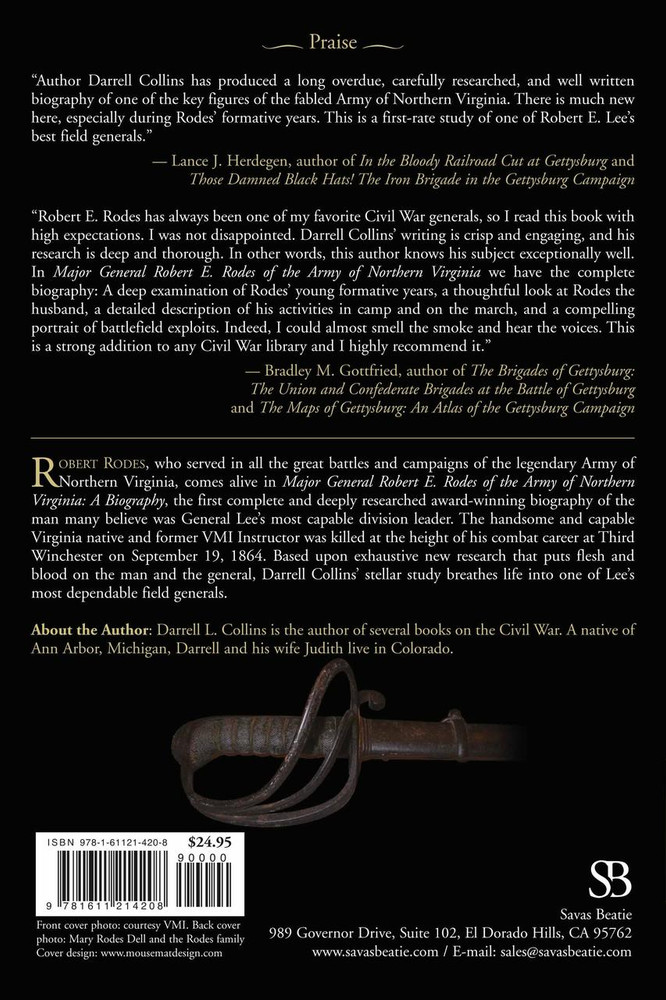 Jedediah Hotchkiss, Stonewall Jackson’s renowned mapmaker, expressed the feelings of many contemporaries when he declared that Robert Rodes was the best division commander in the Army of Northern Virginia. This well-deserved accolade is all the more remarkable considering that Rodes, a graduate of the Virginia Military Institute and a prewar railroad engineer, was one of a very few officers in Lee’s army to rise so high without the benefit of a West Point education. Major General Robert E. Rodes of the Army of Northern Virginia: A Biography, is the first deeply researched scholarly biography on this remarkable Confederate officer.

From First Manassas in 1861 to Third Winchester in 1864, Rodes served in all the great battles and campaigns of the legendary Army of Northern Virginia. He quickly earned a reputation as a courageous and inspiring leader who delivered hard-hitting attacks and rock steady defensive efforts. His greatest moment came at Chancellorsville in the spring of 1863, when he spearheaded Stonewall Jackson’s famous flank attack that crushed the left wing of General Hooker’s Army of the Potomac.

Rodes began the conflict with a deep yearning for recognition and glory, coupled with an indifferent attitude toward religion and salvation. When he was killed at the height of his glorious career at Third Winchester on September 19, 1864, a trove of prayer books and testaments were found on his corpse.

Based upon exhaustive new research, Darrell Collins’s new biography breathes life into a heretofore largely overlooked Southern soldier. Although Rodes’ widow consigned his personal papers to the flames after the war, Collins has uncovered a substantial amount of firsthand information to complete this compelling portrait of one of Robert E. Lee’s most dependable field generals.

Darrell L. Collins is the author of several books on the Civil War, including General William Averell’s Salem Raid: Breaking the Knoxville Supply Line (1999) and Jackson’s Valley Campaign: The Battles of Cross Keys and Port Republic (The Virginia Civil War Battles and Leaders Series, 1993). A native of Ann Arbor, Michigan, Darrell and his wife Judith recently relocated to Conifer, Colorado.

"If We Are Striking for Pennsylvania": The Army of Northern Virginia and the Army of the Potomac March to Gettysburg Volume 2: June 23-30, 1863