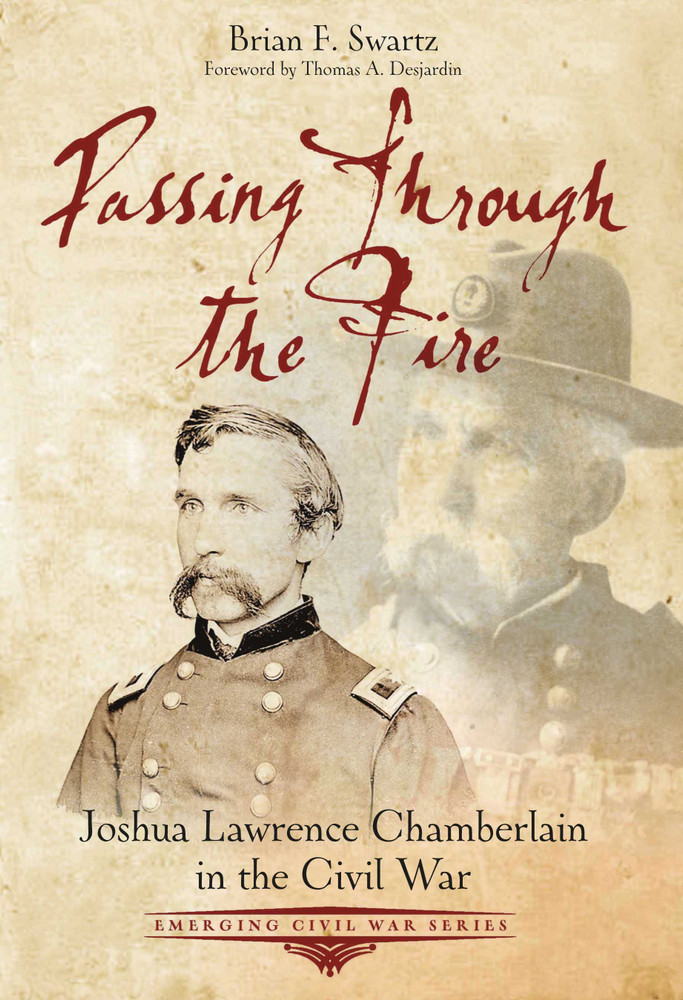 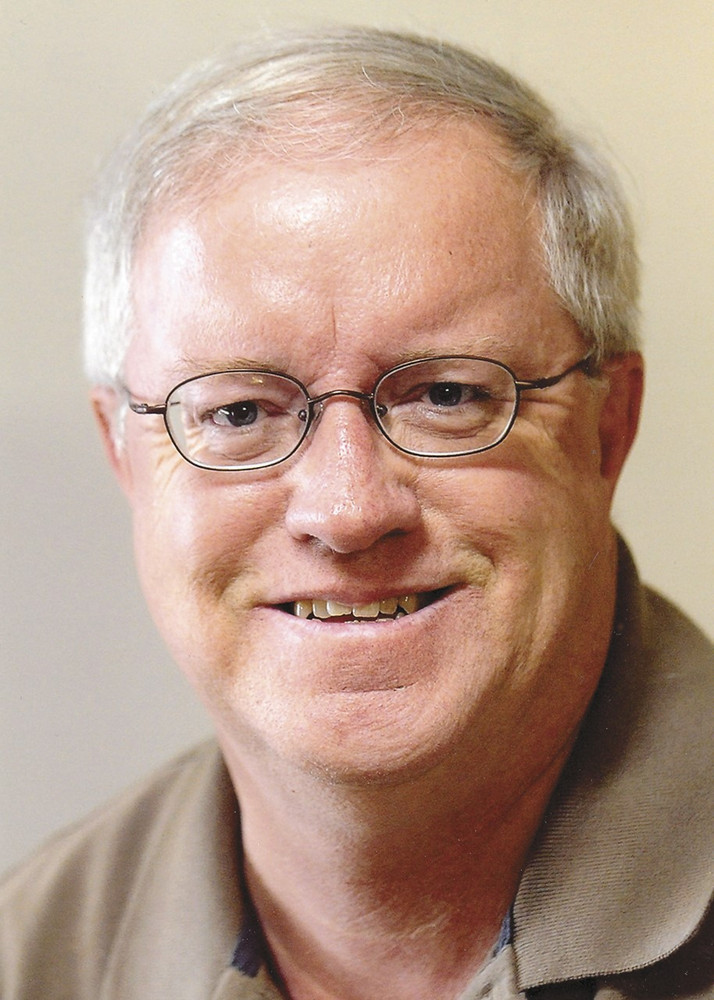 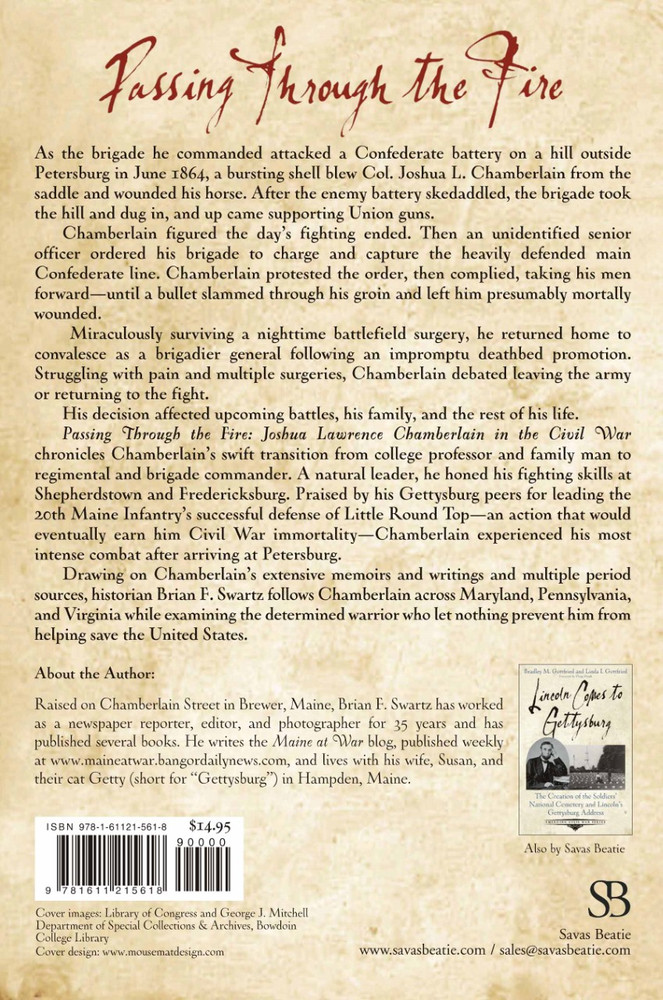 As the brigade he commanded attacked a Confederate battery on a hill outside Petersburg in July 1864, a bursting shell blew Col. Joshua L. Chamberlain from the saddle and wounded his horse. After the enemy battery skedaddled, the brigade took the hill and dug in, and up came supporting Union guns.

Chamberlain figured the day’s fighting ended. Then an unidentified senior officer ordered his brigade to charge and capture the heavily defended main Confederate line. Chamberlain protested the order, then complied, taking his men forward—until a bullet slammed through his groin and left him mortally wounded.

Miraculously surviving a nighttime battlefield surgery, he returned home to convalesce as a brigadier general following an impromptu deathbed promotion. Struggling with pain and multiple surgeries, Chamberlain debated leaving the army or returning to the fight.

His decision affected upcoming battles, his family, and the rest of his life.

Passing Through the Fire: Joshua Lawrence Chamberlain in the Civil War chronicles Chamberlain’s swift transition from college professor and family man to regimental and brigade commander. A natural leader, he honed his fighting skills at Shepherdstown and Fredericksburg. Praised by his Gettysburg peers for leading the 20th Maine Infantry’s successful defense of Little Round Top—an action that would eventually earn him Civil War immortality—Chamberlain experienced his most intense combat after arriving at Petersburg.

Drawing on Chamberlain’s extensive memoirs and writings and multiple period sources, historian Brian F. Swartz follows Chamberlain across Maryland, Pennsylvania, and Virginia while examining the determined warrior who let nothing prevent him from helping save the United States.

"Passing Through the Fire" meticulously chronicles Chamberlain's crucial military decisions, his leadership, and his role in saving the Union. Illustrated with a wealth of vintage black-and-white photographs, Passing Through the Fire is a superb and highly recommended addition to personal and public library Civil War collections." - Midwest Book Review

Raised on Chamberlain Street in Brewer, Maine, Brian F. Swartz has worked as a newspaper reporter, editor, and photographer for 34 years and has published several books. He writes the Maine at War blog post, published weekly at www.maineatwar.bangordailynews.com, and lives with his wife, Susan, and their cat Getty (short for “Gettysburg”) in Hampden, Maine.

Man of Fire: William Tecumseh Sherman in the Civil War