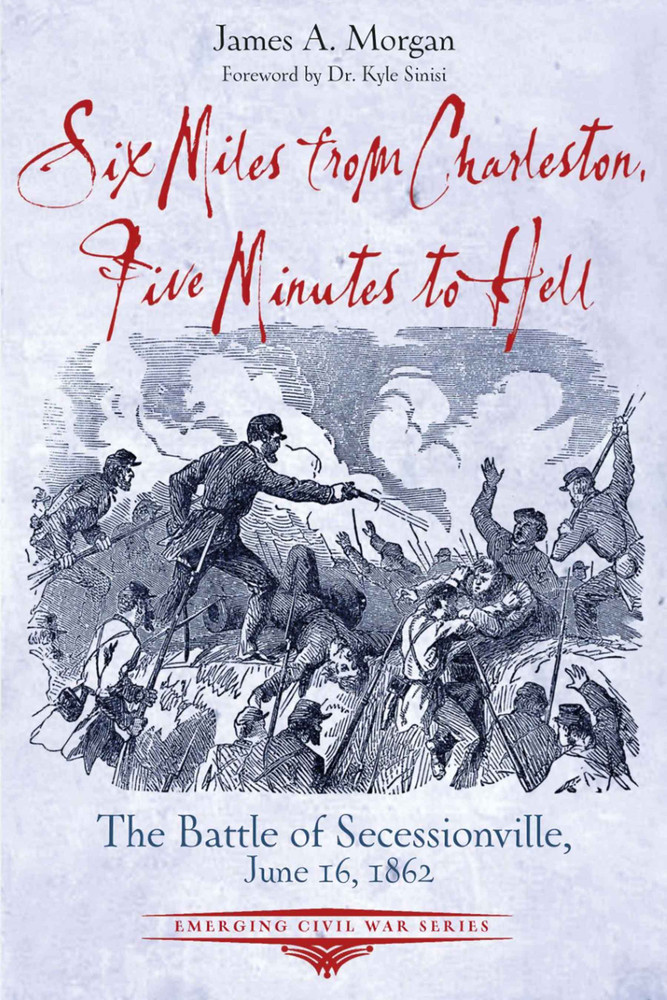 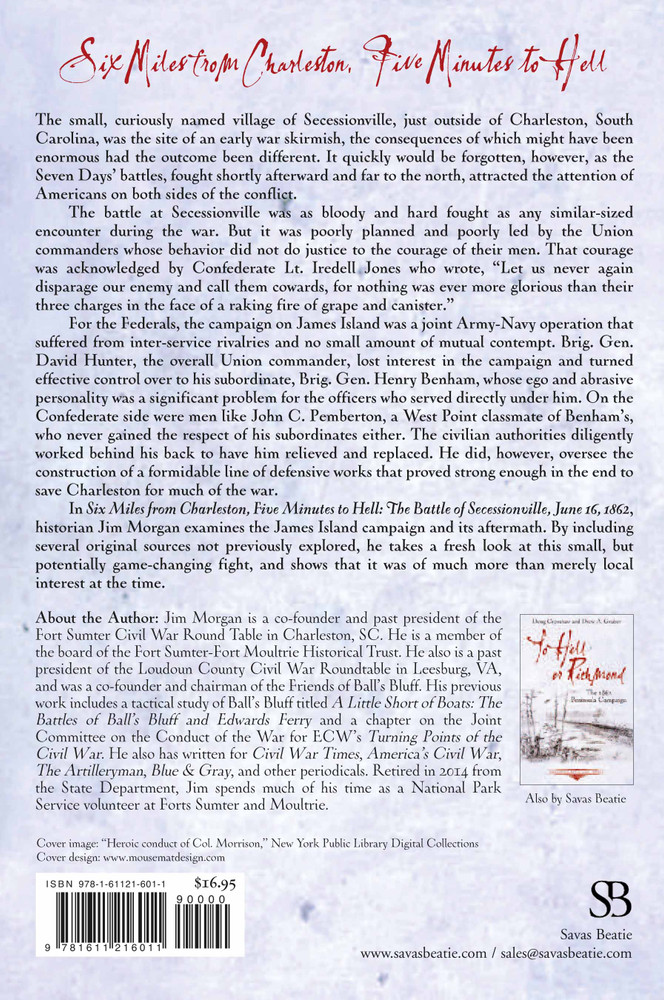 Click HERE to read the Front Matter and Chapter 1!

The small, curiously named village of Secessionville just outside of Charleston, South Carolina was the site of an early war skirmish, the consequences of which might have been enormous had the outcome been different. It quickly would be forgotten, however, as the Seven Days’ battles, fought shortly afterward and far to the north, attracted the attention of Americans on both sides of the conflict.

The battle at Secessionville was as bloody and hard fought as any similar-sized encounter during the war. But it was poorly planned and poorly led by the Union commanders whose behavior did not do justice to the courage of their men. That courage was acknowledged by Confederate Lt. Iredell Jones who wrote, “Let us never again disparage our enemy and call them cowards, for nothing was ever more glorious than their three charges in the face of a raking fire of grape and canister.”

For the Federals, the campaign on James Island was a joint Army-Navy operation that suffered from inter-service rivalries and no small amount of mutual contempt. Brig. Gen. David Hunter, the overall Union commander, lost interest in the campaign and turned effective control over to his subordinate, Brig. Gen. Henry Benham, whose ego and abrasive personality was a significant problem for the officers who served directly under him. On the Confederate side were men like John C. Pemberton, a West Point classmate of Benham’s, who never gained the respect of his subordinates either. The civilian authorities diligently worked behind his back to have him relieved and replaced. He did, however, oversee the construction of a formidable line of defensive works that proved strong enough in the end to save Charleston for much of the war.

In Six Miles from Charleston, Five Minutes to Hell: The Battle of Secessionville, June 16, 1862, historian Jim Morgan examines the James Island campaign and its aftermath. By including several original sources not previously explored, he takes a fresh look at this small, but potentially game-changing fight, and shows that it was of much more than merely local interest at the time.

Jim is a co-founder and past president of the Fort Sumter Civil War Round Table in Charleston. He is a member of the board of the Fort Sumter-Fort Moultrie Historical Trust. He also is a past president of the Loudoun County Civil War Roundtable in Leesburg, VA and was a co-founder and chairman of the Friends of Ball’s Bluff. His previous work includes a tactical study of Ball’s Bluff titled A Little Short of Boats: the Battles of Ball’s Bluff and Edwards Ferry and a chapter on the Joint Committee on the Conduct of the War for ECW’s Turning Points of the Civil War. He also has written for Civil War Times, America’s Civil War, The Artilleryman, Blue & Gray, and other periodicals. Retired in 2014 from the State Department, Jim spends much of his time as a National Park Service volunteer at Forts Sumter and Moultrie.