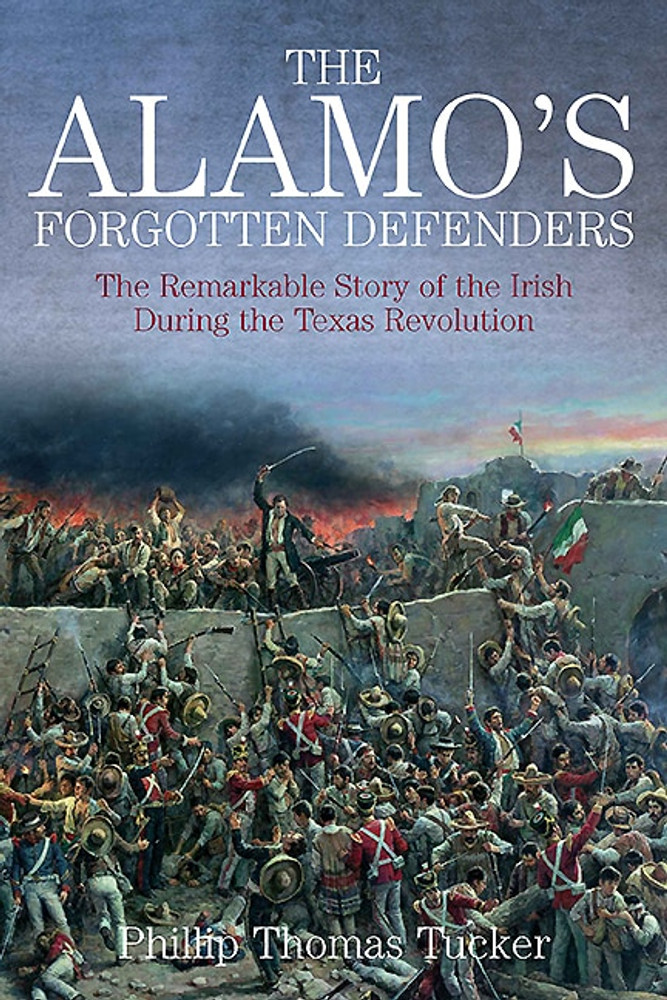 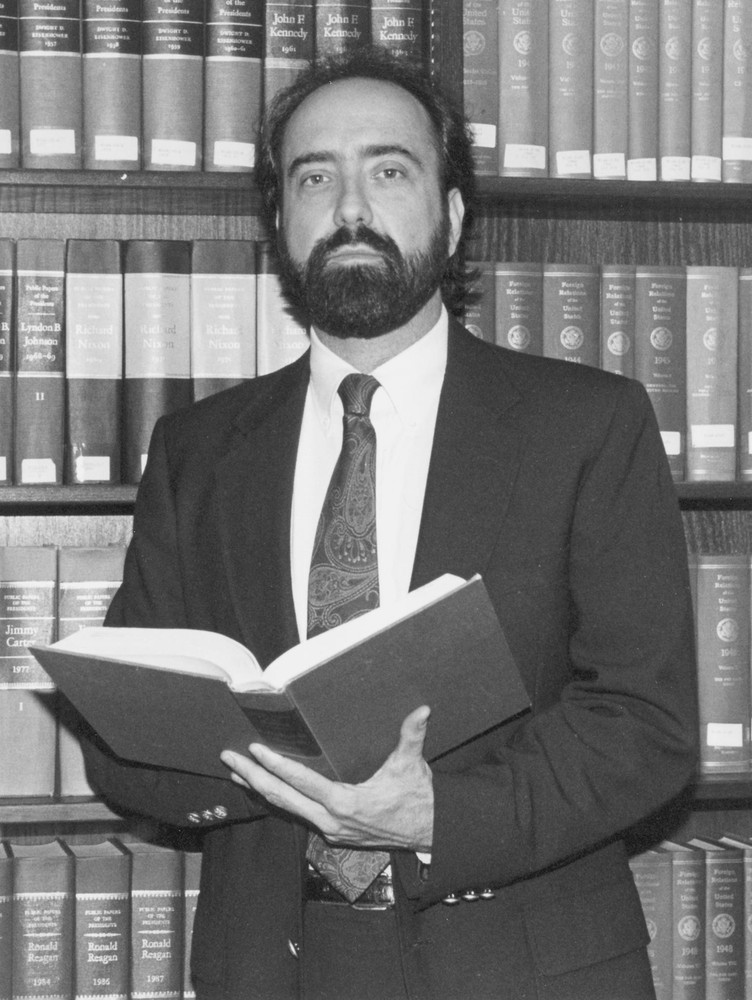 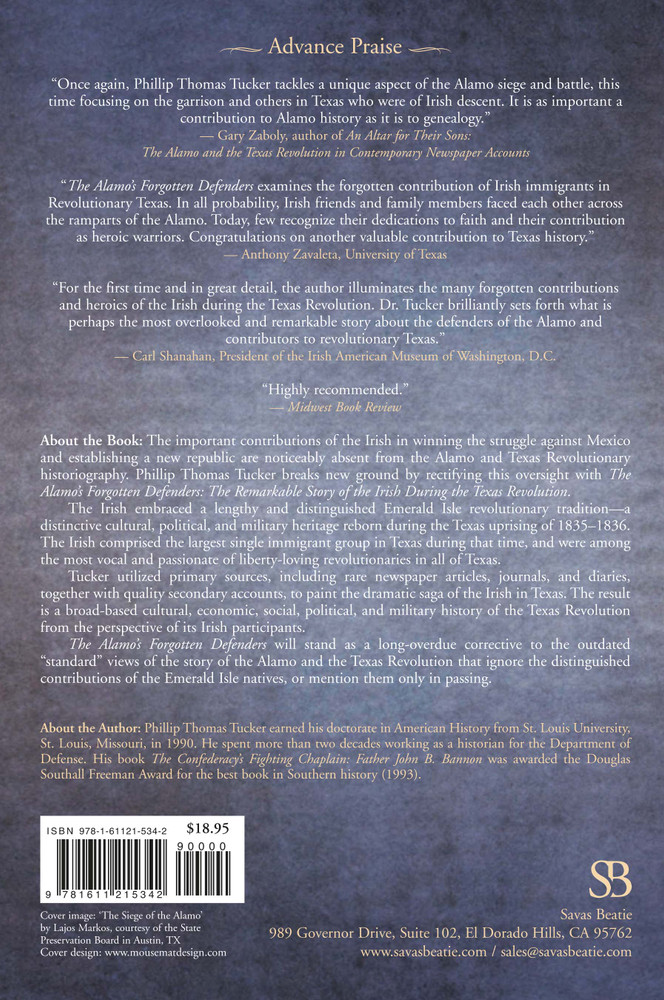 The important contributions of the Irish in winning the struggle against Mexico and establishing a new republic are noticeably absent from Alamo and Texas Revolutionary historiography. Phillip Thomas Tucker breaks new ground by rectifying the oversight with The Alamo’s Forgotten Defenders: The Remarkable Story of the Irish During the Texas Revolution now available in paperback.

The Irish embraced a lengthy and distinguished Emerald Isle revolutionary tradition—a distinctive cultural, political, and military heritage reborn during the Texas uprising of 1835-1836. Unbeknownst to most readers, the Irish comprised the largest single immigrant group in Texas during that time, and were among the most vocal and passionate of liberty-loving revolutionaries in all Texas. The largely Ireland-born garrison of Goliad raised the first flag of Texas Independence months before the Alamo’s fall. More than a dozen natives of the Old Country fought and died at the Alamo, and the old Franciscan mission’s garrison primarily consisted of soldiers of Scotch-Irish descent. Irish Protestants and Catholics made invaluable and disproportionate contributions in the struggle for Texas Independence.

Tucker utilized primary sources, including rare newspaper articles, journals, and diaries, together with quality secondary accounts, to paint the dramatic saga of the Irish in Texas. The result is a broad-based cultural, economic, social, political, and military history of the Texas Revolution from the perspective of its Irish participants. The Alamo’s Forgotten Defenders will stand as a long-overdue corrective to the outdated “standard” views of the story of the Alamo and the Texas Revolution that ignore the contributions of the Emerald Isle natives, or mention them only in passing.

When read together with the many other outstanding histories available, The Alamo’s Forgotten Defenders fills the vacuum in the Alamo and Texas Revolutionary historiography.

"Once again, Phillip Thomas Tucker tackles a unique aspect of the Alamo siege and battle,
this time focusing on the garrison and others in Texas who were of Irish descent.  It is as important a contribution to Alamo history as it is to genealogy."

-Gary Zaboly, author of An Altar for Their Sons: The Alamo and the Texas Revolution in Contemporary Newspaper Accounts.

"Phillip Thomas Tucker, an extraordinary historian and prolific author, is an expert at revealing little-known topics of our nation's military conflicts.  His latest, The Alamo's Forgotten Defenders, The Remarkable Story of the Irish During the Texas Revolution, examines the forgotten contribution of Irish immigrants in Revolutionary Texas.  In all probability, Irish friends and family members faced each other across the ramparts of the Alamo.  Today, few recognize their dedications to faith and their contribution as heroic warriors.  Congratulations on another valuable contribution to Texas history."

"The Alamo's Forgotten Defenders brings to life one of the most fascinating chapters of the Irish-American experience.  For the first time and in great detail, the author illuminates the many forgotten contributions and heroics of the Irish during the Texas Revolution.  Dr. Tucker brilliantly sets forth what is perhaps the most overlooked and remarkable story about the defenders of the Alamo and contributors to revolutionary Texas.   This ground-breaking book sheds new light on one of the most celebrated chapters in the annals of American history."

"The Alamo's Forgotten Defenders uncovers the Irish Catholic undercurrents and the driving mechanisms of Texas history.  This masterful endeavor is a historical revelation and an important signpost in this new technological age of knowledge."

"Dr. Phillip Thomas Tucker orchestrates an enlightened and well-documented narrative concerning the Irishmen who fought at the Alamo.  The Alamo's Forgotten Defenders fills in the cultural and social gaps in the well-known Alamo epic.  Think of it as a fresh, behind-the-scenes expose of the patriotic men who sacrificed their lives in making the Alamo such a sacred site."

--Paul R. Petersen, Distinguished Combat Veteran of Vietnam and Desert Storm and author of Quantrill at Lawrence: The Untold Story.

"The Alamo's Forgotten Defenders, The Remarkable Story of the Irish During the Texas Revolution shines a spotlight on the oft-overlooked contribution that the people of Irish heritage made to the Texas uprising of 1835-1836.  Irish-Americans were the single largest immigrant group in Texas during that time; they were among the garrison of Goliad, which raised the first flag of Texas Independence; and more than a dozen Irish natives gave their lives in defense of the Alamo.  The Alamo's Forgotten Defenders draws upon newspaper articles, diaries, and secondary accounts to assemble a thoughtful military history of the Texas Revolution from the perspective of Irish-Americans who were in the thick of it.   Highly recommended."

Phillip Thomas Tucker, Ph.D., has authored or edited more than 20 books on various aspects of the American experience, especially in the fields of Civil War, Irish, African-American, Revolutionary, and Southern history. A native of St. Louis, Missouri, he has earned three degrees in American history, including a Ph.D. from St. Louis University in 1990. In 1993 his biography of Father John B. Bannon won the Douglas Southall Freeman Award for the best book in Southern history. For more than two decades, Dr. Tucker has been a military historian for the U.S. Air Force. He currently lives in the Washington, DC area.

The Alamo’s Forgotten Defenders: The Remarkable Story of the Irish During the Texas Revolution