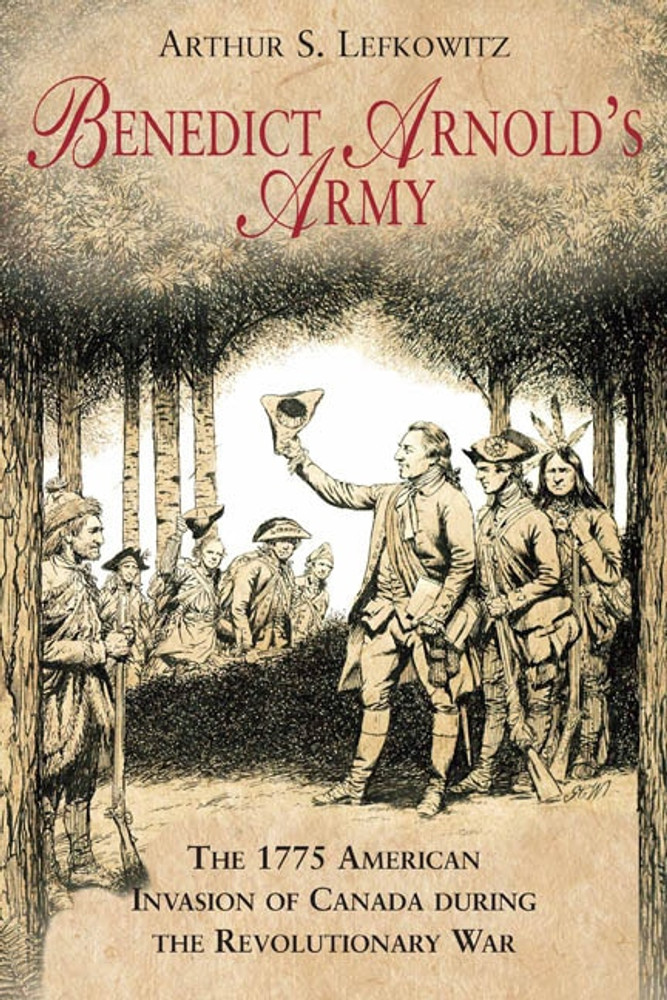 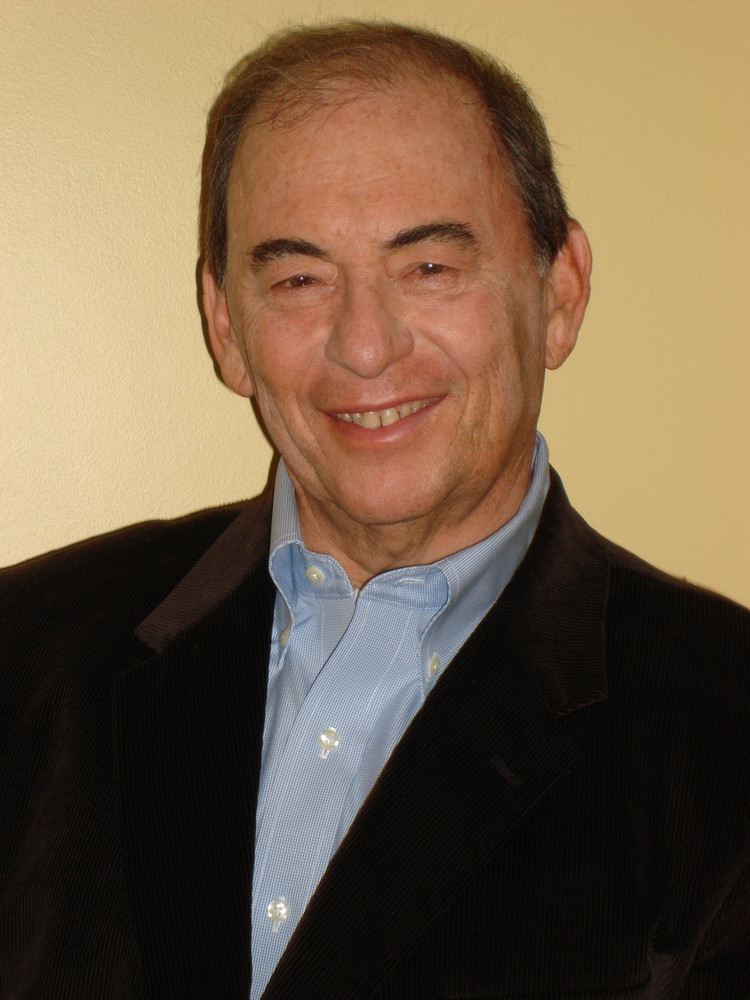 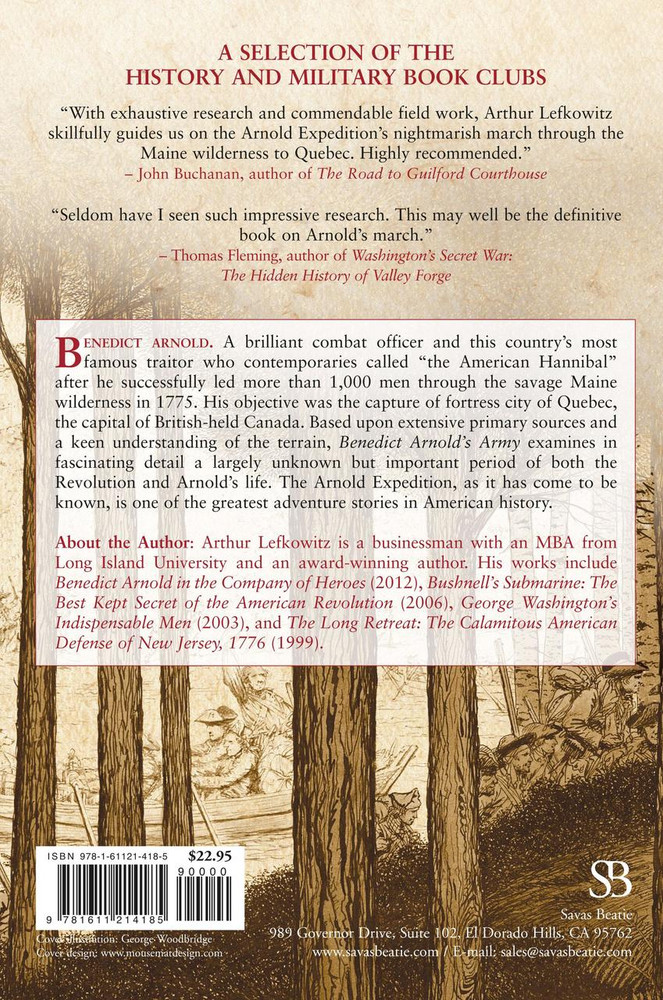 A brilliant American combat officer and this country’s most famous traitor, Benedict Arnold is one of the most fascinating and complicated people to emerge from American history. His contemporaries called Arnold “the American Hannibal” after he successfully led more than 1,000 men through the savage Maine wilderness in 1775. The objective of Arnold and his heroic corps was the fortress city of Quebec, the capital of British-held Canada. The epic campaign is the subject of Benedict Arnold’s Army, a fascinating campaign to bring Canada into the war as the 14th colony.
The initiative for the assault came from George Washington who learned that a fast moving detachment could surprise Quebec by following a chain of rivers and lakes through the Maine wilderness. Washington picked Col. Benedict Arnold, an obscure and controversial Connecticut officer, to command the corps who signed up for the secret mission.
Arnold believed that his expedition would reach Quebec City in twenty days. The route turned out to be 270 miles of treacherous rapids, raging waterfalls, and trackless forests that took months to traverse. At times Arnold’s men were up to their waists in freezing water dragging and pushing their clumsy boats through surging rapids and hauling them up and over waterfalls. In one of the greatest exploits in American military history, Arnold led his famished corps through the early winter snow, up and over the Appalachian Mountains, and on to Quebec.
Benedict Arnold’s Army covers a largely unknown but important period of Arnold’s life. Award-winning author Arthur Lefkowitz provides important insights into Arnold’s character during the earliest phase of his military career, showing his aggressive nature, need for recognition, experience as a competitive businessman, and his obsession with honor that started him down the path to treason.
Lefkowitz extensively researched Arnold’s expedition and made numerous trips along the same route that Arnold’s army took. Benedict Arnold’s Army also contains a closing chapter with detailed information and maps for readers who wish to follow the expedition’s route from the coast of Maine to Quebec City.
There is a growing interest in the Founding Fathers and the Revolutionary War as a source of national pride and identity and the Arnold Expedition as told through Benedict Arnold’s Army is one of the greatest adventure stories in American history.

"…In short, BENEDICT ARNOLD’S ARMY is brilliant. The prose sparkles, the research shines, and the historical fog enveloping this obscure expedition lifts to reveal the military gamble across a barely-charted wilderness... hard to put down." (Magweb.com)

"…an excellent campaign history that is difficult to put down… a fine narrative that is certain to find a wide audience among scholars of the War of Independence and more popular audiences as well." (On Point: The Journal of Army History)

Arthur Lefkowitz is an independent researcher living in New Jersey. He is a graduate of New York University with a master’s degree from Long Island University. Arthur’s innovative approach to history includes depicting his dogs in the cover illustrations of his books. His Jack Russell Terrier, Jackson (laying down), was last seen sitting on a bateau on the cover of Benedict Arnold’s Army: The 1775 American Invasion of Canada During the Revolutionary War (Savas Beatie 2008). Jackson and his younger sister Schuyler (on author’s lap) appear on the cover of Arthur’s latest work you are now holding in your hands. Jackson is standing next to General Arnold, while Schuyler is pictured near Arnold’s two aides-de-camp. This original cover art is the work of artist Dahl Taylor of Albany, New York. Mr. Taylor specializes in historical artwork and his work can be seen on his website www.dahltaylorart.com. Arthur’s other books include The Long Retreat: The Calamitous Defense of New Jersey, 1776 (1999); George Washington’s Indispensable Men: The 32 Aides-de-Camp Who Helped Win American Independence (2003); and The American Turtle Submarine: The Best-Kept Secret of the American Revolution (2006, 2012).

Benedict Arnold in the Company of Heroes: The Lives of the Extraordinary Patriots Who Followed Arnold to Canada at the Start of the American Revolution