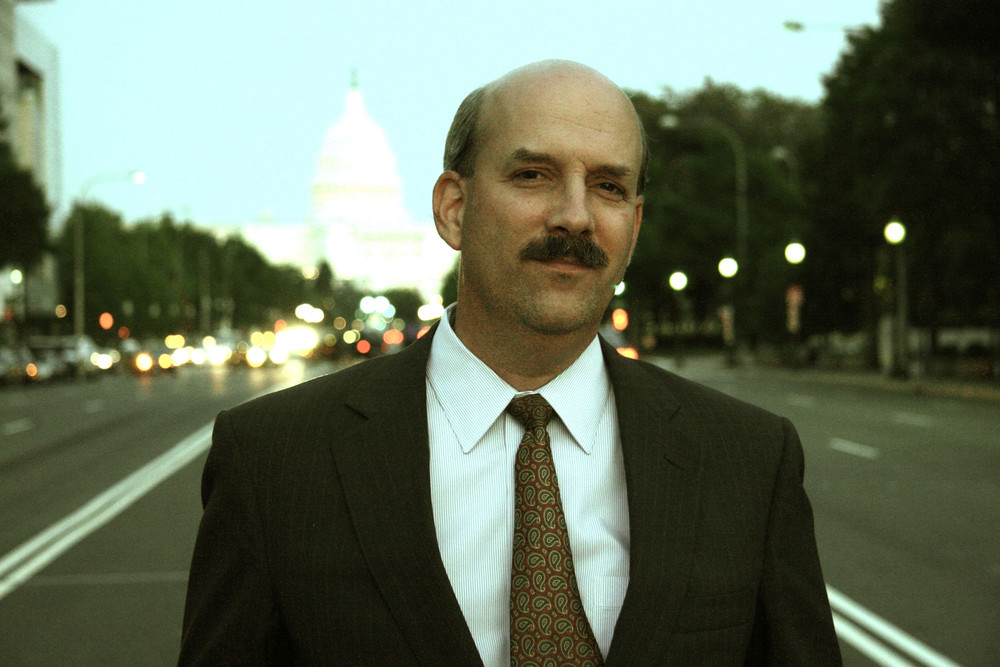 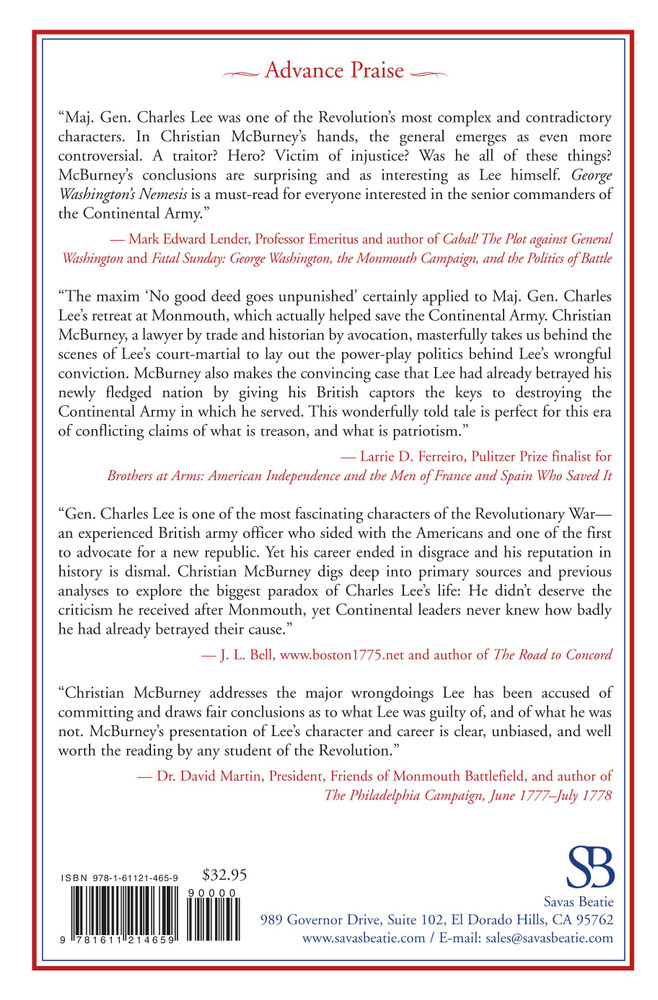 Revolutionary War historians and biographers of Charles Lee have treated him as either an inveterate enemy of George Washington or a great defender of American liberty. Neither approach is accurate argues author Christian McBurney, who stresses that in order to fully understand the war’s most complicated general, objectivity is required. His new book, George Washington’s Nemesis: The Outrageous Treason and Unfair Court-Martial of Major General Charles Lee during the Revolutionary War, relies on original documents (some newly discovered) to combine two dramatic stories involving the military law of treason and court-martials, creating a balanced view of the Revolution’s most fascinating personality.

General Lee, second in command in the Continental Army led by George Washington, was captured by the British in December 1776. While a prisoner, he prepared and submitted to his captors a military plan on how to defeat Washington’s army as quickly as possible. This extraordinary act of treason, arguably on a par with Benedict Arnold’s heinous treachery, was not discovered during his lifetime. Many historians shrug off this ignoble act, but it should not be ignored. Less well known is that throughout his sixteen months of captivity and even after his release, Lee continued communicating with the enemy, offering to help negotiate an end to the rebellion.

After Lee rejoined the Continental Army, he was given command of many of its best troops with orders from Washington to attack the rear of British General Henry Clinton’s column near Monmouth, New Jersey. Lee intended to attack on June 28, 1778, but retreated in the face of Clinton’s bold move to reverse his march. Two of Lee’s subordinate generals—without orders and without informing Lee—moved more than half of his command off the field. Faced with the possible destruction of the balance, Lee ordered a general retreat while conducting a skillful delaying action.

Many historians have been quick to malign Lee’s performance at Monmouth, for which he was convicted by court-martial for not attacking and for retreating in the face of the enemy. This was a miscarriage of justice, stresses McBurney, for the evidence clearly shows that Lee was unfairly convicted and had, in fact, by retreating, performed an important service to the Patriot cause. The guilty verdict was more the result of Lee’s having insulted Washington, which made the matter a political contest between the army’s two top generals—only one of them could prevail.

"An extraordinary and meticulous work of detailed and documented scholarship, George Washington's Nemesis: The Outrageous Treason and Unfair Court Martial of Major General Charles Lee during the American Revolution is an impressive and iconoclastic contribution." - Midwest Book Review

"A masterful job . . . and well-rounded view. . . . A must-read for any serious student of the American Revolution who wants to learn more about the life and controversies of Maj. Gen. Charles Lee." - Sean Heuvel, Revolutionary War author and historian

“Maj. Gen. Charles Lee was one of the Revolution’s most complex and contradictory characters. In Christian McBurney’s hands, the general emerges as even more controversial. A traitor? Hero? Victim of injustice? Was he all of these things? McBurney’s conclusions are surprising and as interesting as Lee himself. George Washington’s Nemesis is a must-read for everyone interested in the senior commanders of the Continental Army.” — Mark Edward Lender, Professor Emeritus and author of Cabal! The Plot against General Washington and Fatal Sunday: George Washington, the Monmouth Campaign, and the Politics of Battle

“The maxim ‘No good deed goes unpunished’ certainly applied to Maj. Gen. Charles Lee’s retreat at Monmouth, which actually helped save the Continental Army. Christian McBurney, a lawyer by trade and historian by avocation, masterfully takes us behind the scenes of Lee’s court-martial to lay out the power-play politics behind Lee’s wrongful conviction. McBurney also makes the convincing case that Lee had already betrayed his newly fledged nation by giving his British captors the keys to destroying the Continental Army in which he served. This wonderfully told tale is perfect for this era of conflicting claims of what is treason, and what is patriotism.” — Larrie D. Ferreiro, Pulitzer Prize finalist for Brothers at Arms: American Independence and the Men of France and Spain Who Saved It

“Gen. Charles Lee is one of the most fascinating characters of the Revolutionary War—an experienced British army officer who sided with the Americans and one of the first to advocate for a new republic. Yet his career ended in disgrace and his reputation in history is dismal. Christian McBurney digs deep into primary sources and previous analyses to explore the biggest paradox of Charles Lee’s life: He didn’t deserve the criticism he received after Monmouth, yet Continental leaders never knew how badly he had already betrayed their cause.” — J. L. Bell, www.boston1775.net and author of The Road to Concord

“Christian McBurney addresses the major wrongdoings Lee has been accused of committing and draws fair conclusions as to what Lee was guilty of, and of what he was not. McBurney’s presentation of Lee’s character and career is clear, unbiased, and well worth the reading by any student of the Revolution.” — Dr. David Martin, President, Friends of Monmouth Battlefield, and author of The Philadelphia Campaign, June 1777–July 1778

Christian McBurney has written five books on the American Revolutionary War, including Kidnapping the Enemy: The Special Operations to Capture Generals Charles Lee & Richard Prescott. His published articles include one in MHQ: The Journal of Military History, on the British attempt to abduct George Washington, which was nominated by the U.S. Army Historical Foundation as best magazine article for 2017. He also publishes Rhode Island’s leading history blog (www.smallstatebighistory.com). He is an attorney in Washington, D.C.