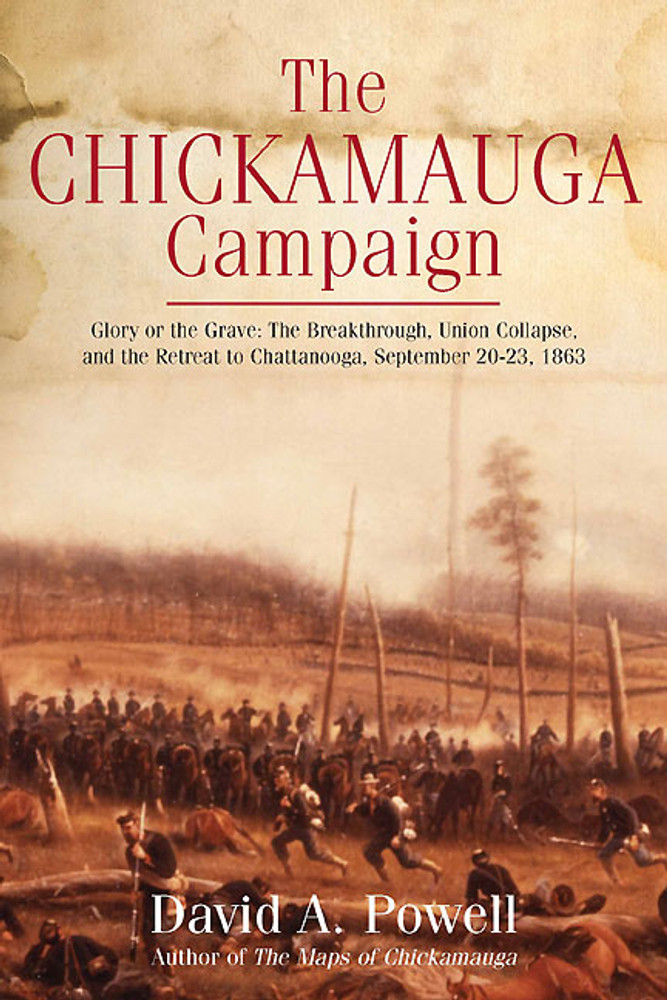 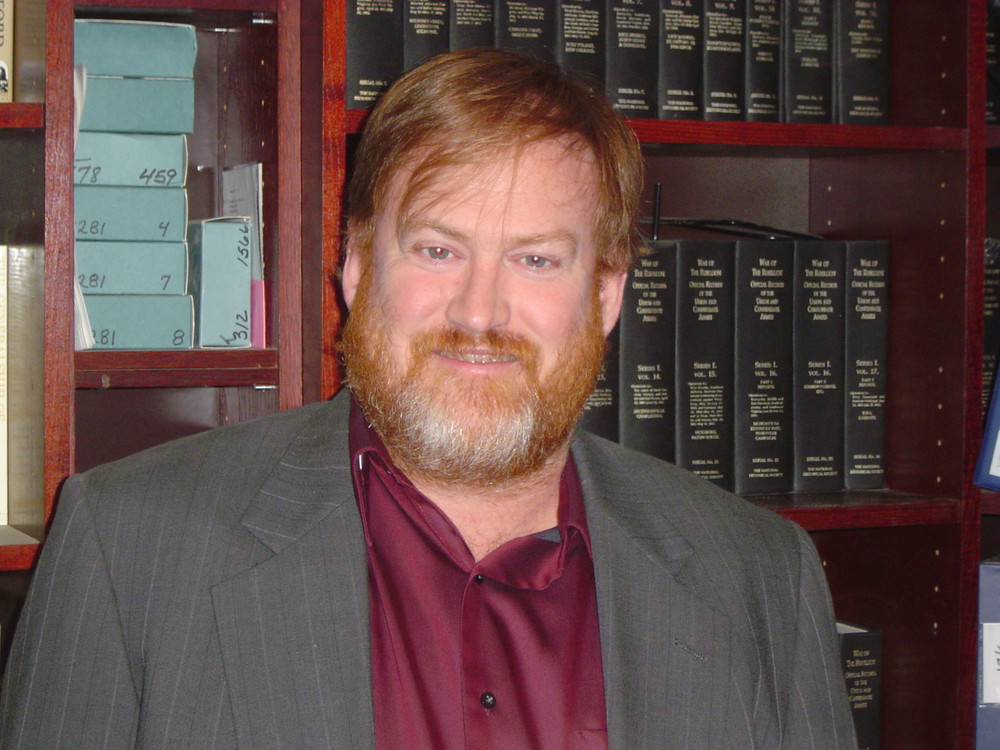 David Powell’s The Chickamauga Campaign—Glory or the Grave: The Breakthrough, Union Collapse, and the Retreat to Chattanooga, September 20-23, 1863 is the second volume in his magnificent projected three-volume study of this overlooked and largely misunderstood campaign.

According to soldier rumor, Chickamauga in Cherokee meant “River of Death.” The name lived up to that grim sobriquet in September 1863 when the Union Army of the Cumberland and Confederate Army of Tennessee waged a sprawling bloody combat along the banks of West Chickamauga Creek. This installment of Powell’s tour-de-force depicts the final day of battle, when the Confederate army attacked and broke through the Union lines, triggering a massive rout, an incredible defensive stand atop Snodgrass Hill, and a confused retreat and pursuit into Chattanooga. Powell presents all of this with clarity and precision by weaving nearly 2,000 primary accounts with his own cogent analysis. The result is a rich and deep portrait of the fighting and command relationships on a scale never before attempted or accomplished.

His upcoming third volume, Analysis of a Barren Victory, will conclude the set with careful insight into the fighting and its impact on the war, Powell’s detailed research into the strengths and losses of the two armies, and an exhaustive bibliography.

Powell’s magnum opus, complete with original maps, photos, and illustrations, is the culmination of many years of research and study, coupled with a complete understanding of the battlefield’s complex terrain system. For any student of the Civil War in general, or the Western Theater in particular, Powell’s trilogy is a must-read.

"Impeccably researched, deeply analyzed, and especially well-written, Powell has now fully told the story of the entire battle, with a third volume . . . yet to come. When complete, this three-volume set will stand as the definitive study of the campaign." - Eric J. Wittenberg, award-winning author of "The Devil's to Pay": John Buford at Gettysburg.

"Award-winning author David Powell has already made a name for himself with his previous Chickamauga-related books. His latest monograph, The Chickamauga Campaign - Glory or the Grave, the second of three volumes on the full campaign, sets the standard for Civil War battle studies . . . No one will ever look at Chickamauga the same way again." - Lee White, Park Ranger, Chickamauga and Chattanooga National Military Park.

"Extremely readable, heavily researched, and mammoth in scope, Dave Powell's Chickamauga study will prove to be the most detailed treatment of the battle to date. Civil War buffs and historians alike will want these books on their bookshelves. where they will take their rightful place beside Tucker and Cozzens as seminal volumes on the battle."  - Timothy B. Smith, author of Champion Hill and Corinth 1862.
"David Powell continues to impress with his second volume of The Chickamauga Campaign. This exhaustively researched study puts the reader squarely in the middle of the battle of Chickamauga. . . . This book is a must for any serious student of the campaign." - Frank P. Varney, author of General Grant and the Rewriting of History.

David A. Powell is a 1983 graduate of the Virginia Military Institute with a B.A. in history. After graduating from VMI, he went to work for CBS Messenger—a family business in the Chicago area—but never lost his intense interest in military history, especially in the American Civil War. David has written numerous articles for a variety of magazines, more than fifteen historical simulations of various battles, and regularly leads tours of the Chickamauga battlefield. His previous books include The Maps of Chickamauga: An Atlas of the Chickamauga Campaign, Including the Tullahoma Operations, June 22 - September 23, 1863 (2009), and Failure in the Saddle: Nathan Bedford Forrest, Joseph Wheeler, and the Confederate Cavalry in the Chickamauga Campaign (2010), the recipient of the Atlanta Civil War Round Table’s Richard B. Harwell Award.