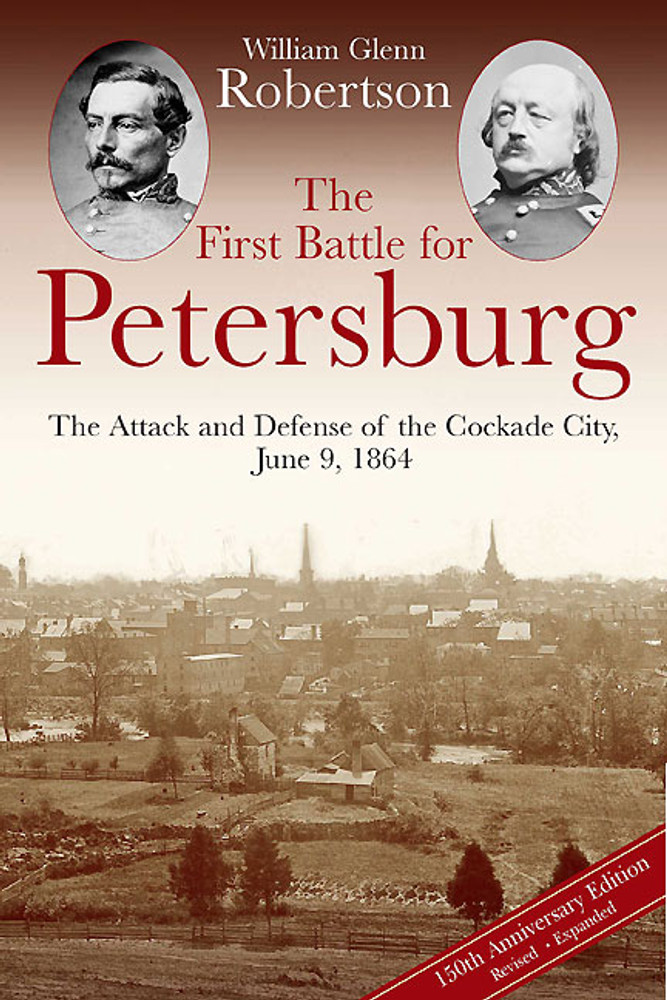 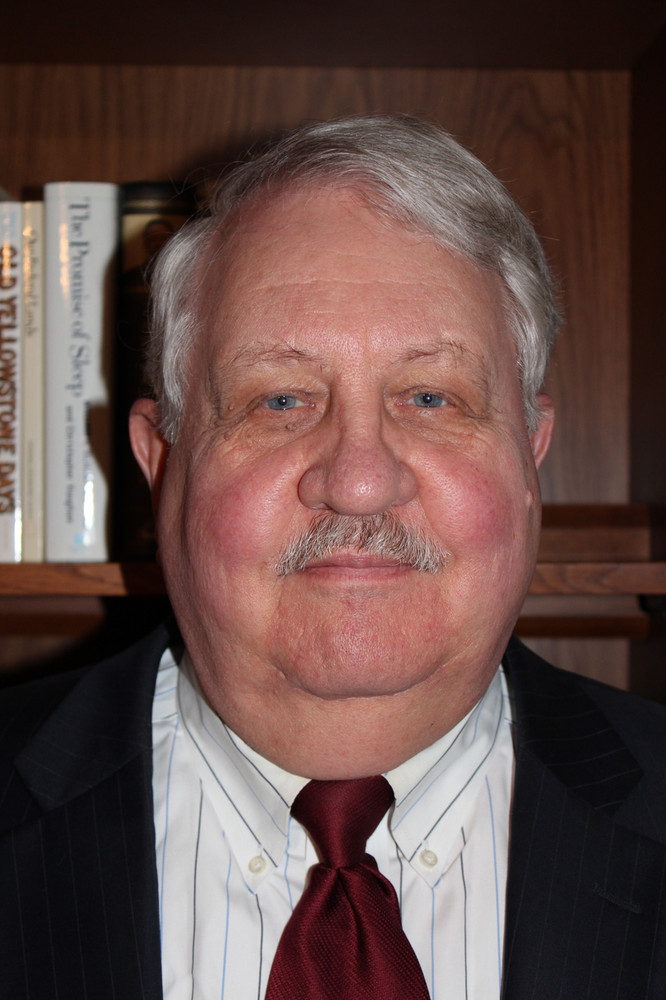 The nearly ten-month struggle for Petersburg, Virginia, is well known to students of the Civil War. Surprisingly few readers, however, are aware that Petersburg’s citizens felt war’s hard hand nearly a week before the armies of Grant and Lee arrived on their doorstep in the middle of June 1864. Distinguished historian William Glenn Robertson rectifies this oversight with the publication of The First Battle for Petersburg in a special revised Sesquicentennial edition.

During his ill-fated Bermuda Hundred Campaign, Maj. Gen. Benjamin Butler in late May took note of the “Cockade City’s” position astride Richmond’s railroad lifeline and its minuscule garrison. When two attempts to seize the city and destroy the bridges over the Appomattox River failed, Butler mounted an expedition to Petersburg on June 9. Led by Maj. Gen. Quincy Gillmore and Brig. Gen. August Kautz, the Federal force of 3,300 infantry and 1,300 cavalry appeared large enough to overwhelm Brig. Gen. Henry Wise’s paltry 1,200 Confederate defenders, one-quarter of which were reserves that included several companies of elderly men and teenagers. The attack on the critical logistical center, and how the Confederates managed to hold the city, is the subject of Robertson’s groundbreaking study. Ironically, Butler’s effort resulted in Gen. P. G. T. Beauregard’s decision to slightly enlarge Petersburg’s garrison—troops that may have provided the razor-thin margin of difference when the head of the Army of the Potomac appeared in strength six days later.

The First Battle for Petersburg describes the strategy, tactics, and generalship of the Battle of June 9 in full detail, as well as the impact on the city’s citizens, both in and out of the ranks. Robertson’s study is grounded in extensive primary sources supported by original maps and photos and illustrations. It remains the most comprehensive analysis of the June 9 engagement of Petersburg’s “old men and young boys.”

Petersburg itself has never forgotten the sacrifices of its citizens on that summer day 150 years ago, and continues to honor their service with an annual commemoration. Once you read Dr. Robertson’s The First Battle for Petersburg: The Attack and Defense of the Cockade City, June 9, 1864, you will understand why.

“The campaigns around Petersburg rank among the least understood elements of Civil War military history. This revised edition of Glenn Robertson’s study of the initial fighting around the city provides an excellent starting point for anyone who hopes to understand the sprawling operations that unfolded over the next ten months and did much to settle the fate of the Confederacy (Gary W. Gallagher, award-winning author and Nau Professor of History, University of Virginia)

“Petersburg was the second largest city in all of Virginia, a major rail center of strategic importance. The first Federal effort to capture it on June 9, 1864, when it was defended by little more than ‘old men and young boys,’ is the subject of Dr. Robertson’s The First Battle for Petersburg, a completely revised edition of his outstanding micro-history, and one I highly recommend to anyone who wants to understand how the subsequent siege began, and why.” (Chris Calkins, noted Civil War author and historian, Petersburg, Virginia)

“Only one Civil War battle continues to be commemorated in Petersburg, Virginia, today. The ‘Battle of Old Men and Young Boys’ on June 9, 1864 is brought to life in this new edition of Glenn Robertson’s comprehensive study. Deeply researched, well-written, and updated with new information, Robertson’s new edition provides a splendid preface to any study of the Petersburg Campaign.” (A. Wilson Greene, author of Civil War Petersburg: Confederate City in the Crucible of War)

William Glenn Robertson received his Ph.D. from the University of Virginia in 1975. He is the author of Back Door to Richmond: The Bermuda Hundred Campaign, April-June 1864 as well as numerous articles on the Civil War. After a ten-year career in academic institutions in Virginia, New Mexico, and Colorado, he joined the faculty of the Army Command and General Staff College at Fort Leavenworth, Kansas in 1981. There he revived the educational technique known as the Staff Ride, and wrote the Army’s manual on the subject. He retired as the Director, Combat Studies Institute in 2011.