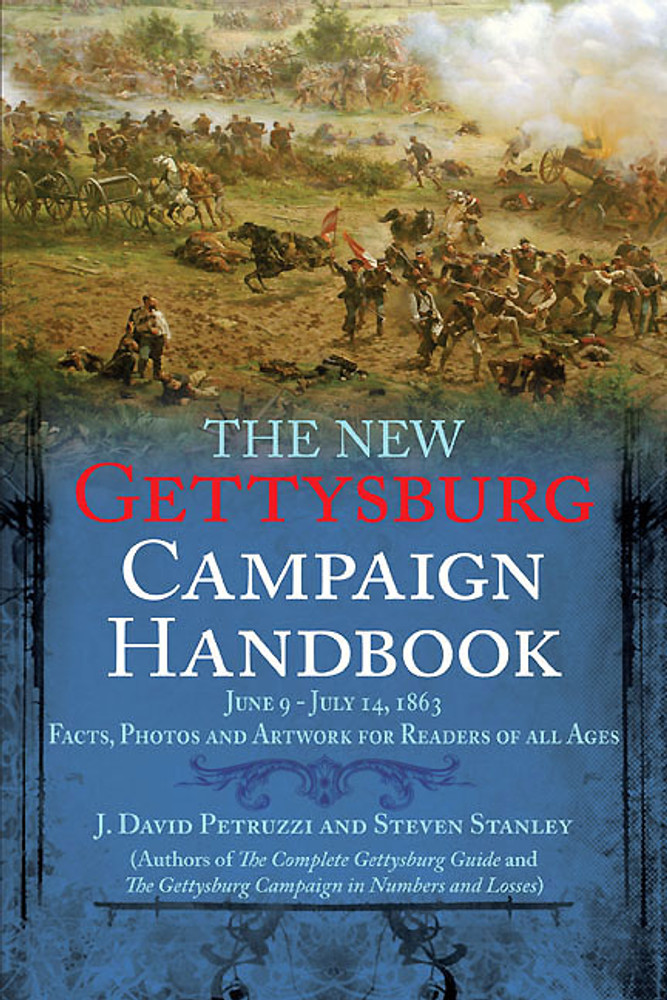 The New Gettysburg Campaign Handbook is an informative full-color guide for American Civil War and Gettysburg enthusiasts of all ages. Authors J. David Petruzzi and Steven Stanley use clear and concise writing broken down into short and easy to understand chapters complete with original maps, modern and historic photographs, tables, and artwork to narrate the history of the Gettysburg Campaign from the opening battle at Brandy Station in Virginia on June 9, 1863, to the escape of Gen. Robert E. Lee’s Confederate Army of Northern Virginia across the Potomac River on July 14, 1863.

Chapters include quotes of interest from participants; weather observations during the battle; a stunning photographic study of the entire campaign; a discussion of the battle’s myths and controversies; biographies of select officers, civilians, and battlefield photographers; trivia about the campaign; a comprehensive order of battle; lists of suggested reading and websites.

As enjoyable to look at as it is easy to use, every casual and serious student of the Civil War and Gettysburg will want a copy of The New Gettysburg Campaign Handbook as a constant companion while reading other books on the campaign—and even as a supplement and general field guide while walking the hallowed Pennsylvania ground.