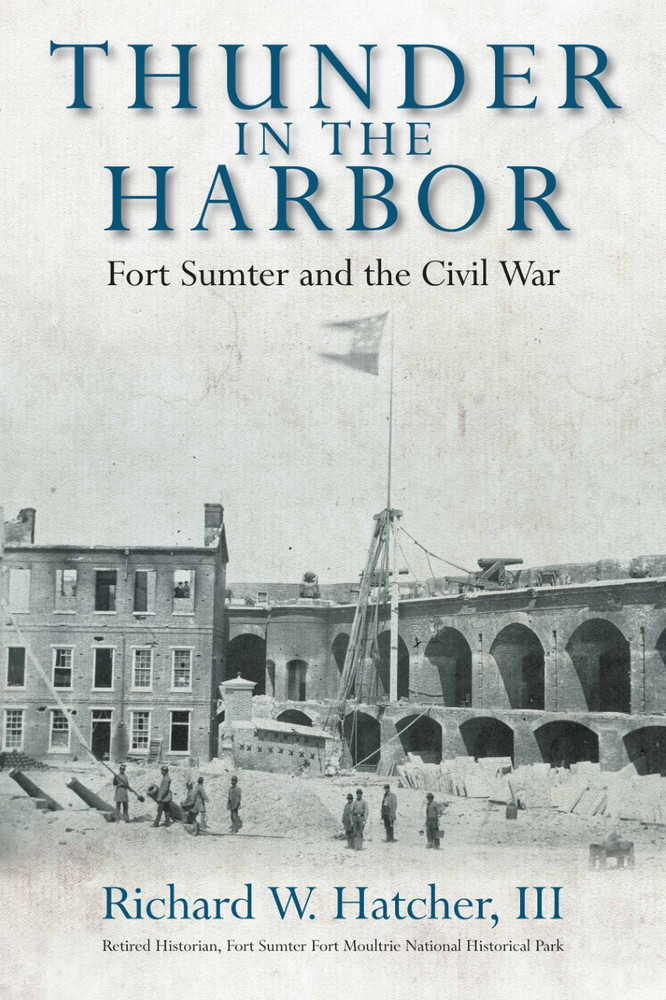 Thunder in the Harbor: Fort Sumter and the Civil War

Fort Sumter. Charleston. April 1861. The bombardment and surrender of Sumter were only the beginning of the story.

After it was captured, Southern troops immediately occupied and improved Sumter’s defenses. The U.S. blockaded Charleston Harbor and for two years the fort, with its 50 heavy guns and 500-man garrison, remained mostly untested. That changed in April 1863, when a powerful combined operation set its sights on the fort, Charleston, and its outer defenses. The result was 22-month land and sea siege, the longest of the Civil War. The widespread effort included ironclad attacks, land assaults, raiding parties, and siege operations. Some of the war’s most famous events unfolded there under the direction of a host of colorful personalities, including the assault of African American troops against Battery Wagner (depicted in the movie Glory), the shelling of the city by the “Swamp Angel,” and the beginning of submarine warfare when the H. L. Hunley sank the USS Housatonic and was herself lost at sea.

The destruction of Fort Sumter remained a key Federal objective throughout the siege. Despite repeated concentrated bombardments of the fort and the city, however, it never fell. The defiant fort, Charleston, and its meandering defensive line were evacuated in February 1865 once word arrived that Maj. Gen. William T. Sherman had taken Columbia, South Carolina and was about to cut off the coastal city.

Hatcher, the former historian at Fort Sumter, mined a host of primary sources to produce an in-depth and fascinating account of the intricacies, complexities, and importance of this campaign to the overall war effort.

Nearly 18 months of shelling had rendered Fort Sumter almost unrecognizable, but the significance of its location remained. During the eight decades that followed, the United States invested millions of dollars and thousands of hours rebuilding and rearming the fort to face potential foreign threats in three different wars. By the end of World War II, sea and air power had been made Sumter obsolete, and the fort was transferred to the National Park Service. Thunder in the Harbor fills a large gap in the historiography of the war and underscores that there is still much to learn about our endlessly fascinating Civil War.


Richard W. Hatcher III is a native of Richmond, Virginia. He graduated from Virginia Commonwealth University in 1973 with a BA in History. His lifelong love of the subject began during the Civil War Centennial, and grew when he later worked as a seasonal employee at Richmond National Battlefield Park. Rick began working permanently with the National Park Service in 1976 and he retired as Historian from Fort Sumter and Fort Moultrie National Historical Park in 2015. Rick is the author or co-author of numerous articles and books including the award-winning Wilson’s Creek, The Second Major Battle of the Civil War and the Men Who Fought It (2001), and Wilson’s Creek, Pea Ridge, and Prairie Grove and is a regular on the Civil War speaking circuit.