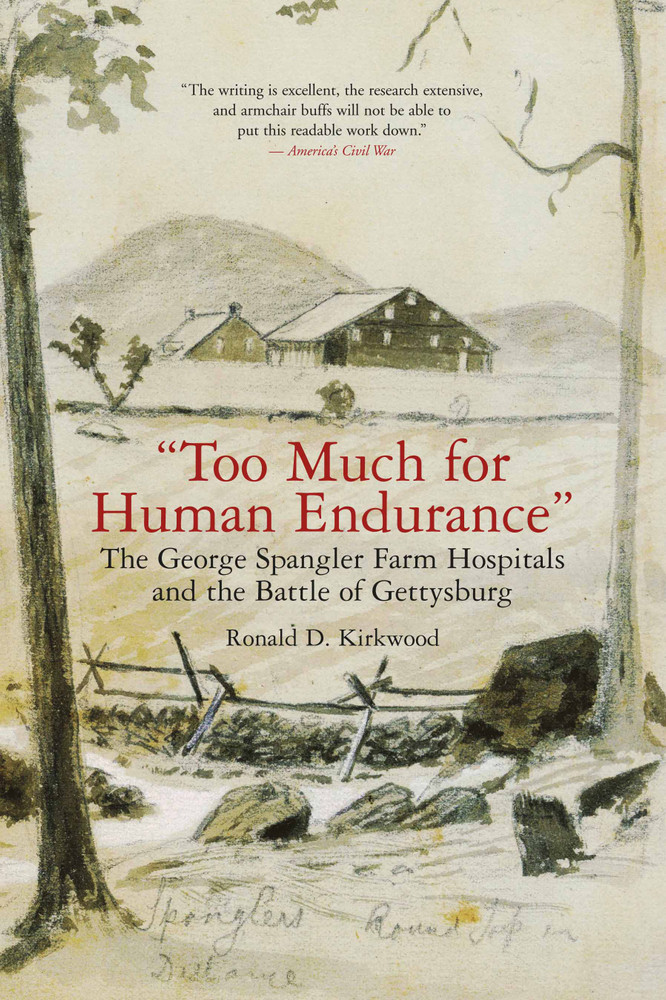 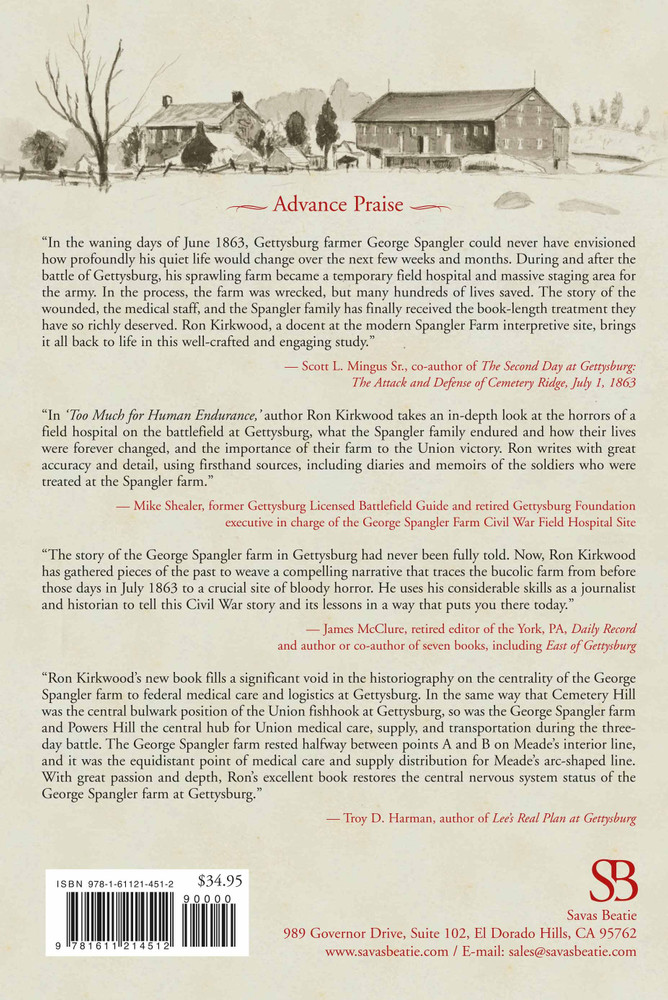 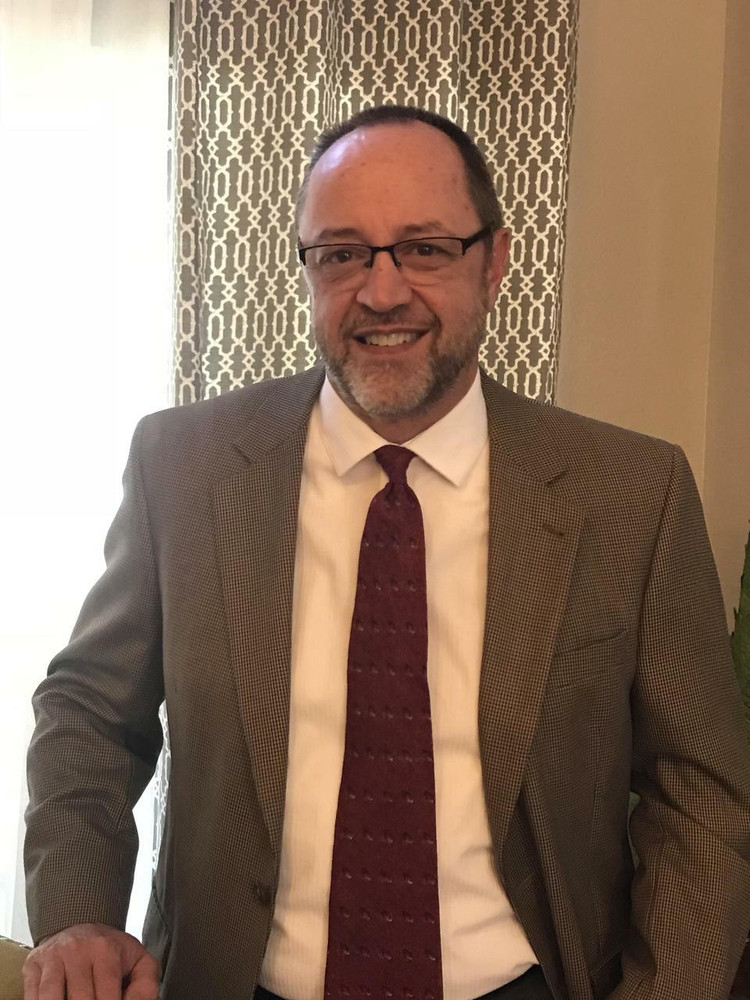 PHOTO: Author in the Spangler Barn at Gettysburg

WATCH AND LISTEN: Twilight at Spangler: The Aftermath of Battle w/author Kirkwood onsite in the Spangler Barn at Gettysburg

Learn more about the Spangler Farm at: http://www.gettysburgfoundation.org/who-we-are/news/2019-news/the-george-spangler-farm-field-hospital-2019

“An original and unique work of meticulous and exhaustive research, "Too Much for Human Endurance": The George Spangler Farm Hospitals and the Battle of Gettysburg is further enhanced for academia with the inclusion of six appendices, a ten page bibliography, and a nine page index. A truly extraordinary and unreservedly recommended addition to community, college, and university library American Civil War history collections.” – Midwest Book Review

Ronald D. Kirkwood is retired after a 40-year career as an editor and writer in newspapers and magazines including USA TODAY, the Baltimore Sun, the Harrisburg (PA) Patriot-News, and the York (PA) Daily Record. Ron edited national magazines for USA TODAY Sports and was NFL editor for USA TODAY Sports Weekly. He won numerous state, regional, and national awards during his career and managed the copy desk in Harrisburg when the newspaper won a Pulitzer Prize in 2012. Ron has been a Gettysburg Foundation docent at the George Spangler Farm Civil War Field Hospital Site since it opened in 2013. He is a native of Dowagiac/Sister Lakes, MI, and a graduate of Central Michigan University, where he has returned as guest speaker to journalism classes as part of the school’s Hearst Visiting Professionals series. Ron and his wife, Barbara, live in York. They have two daughters, two sons-in-law, and three grandchildren.

AUDIO - "Too Much for Human Endurance": The George Spangler Farm Hospitals and the Battle of Gettysburg