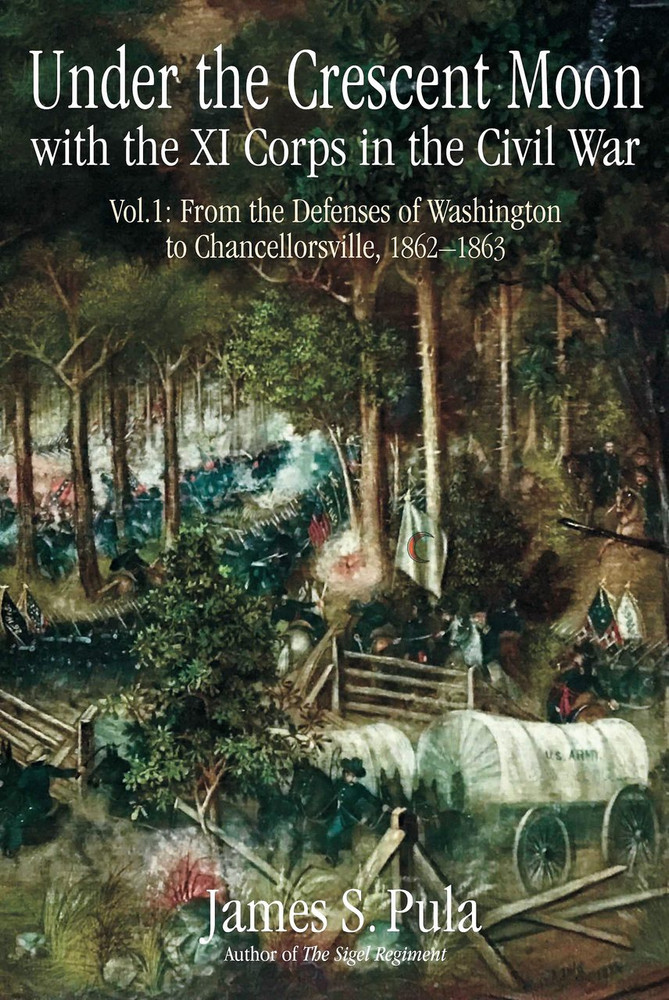 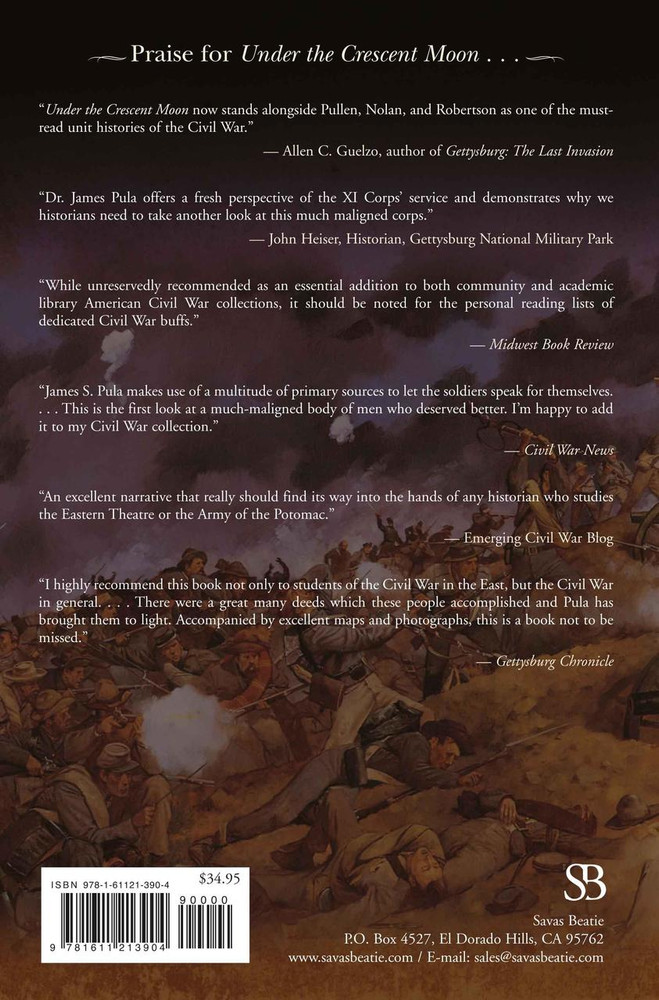 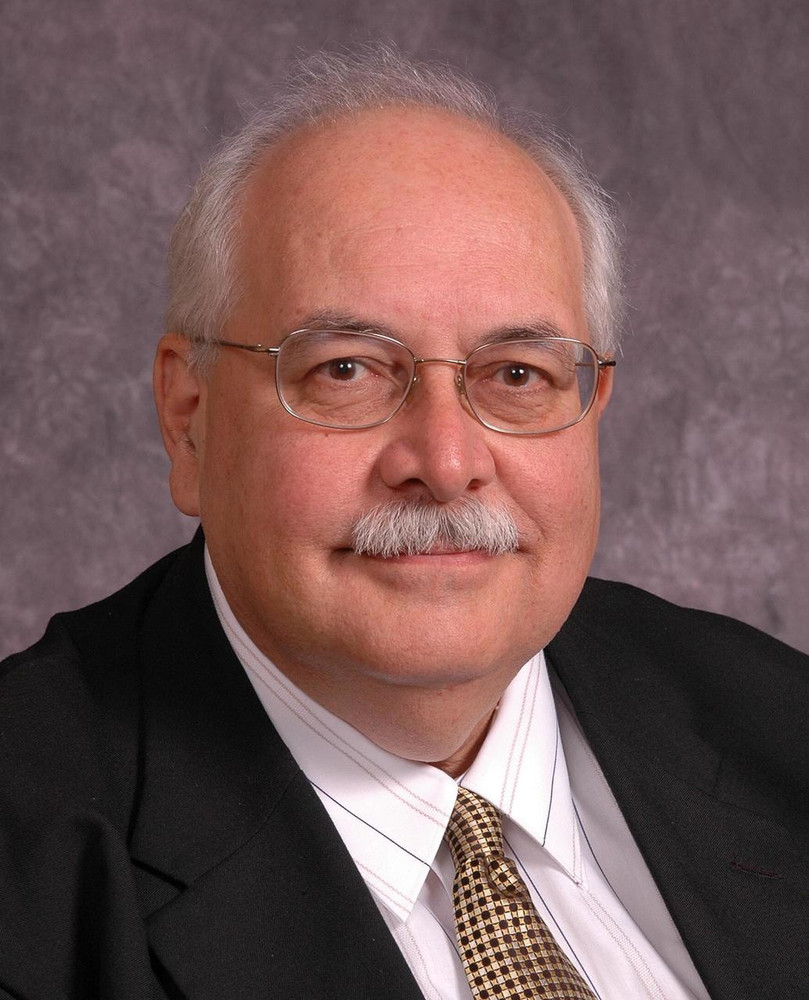 The XI Corps served in the Army of the Potomac for just twelve months (September 1862-August 1863), during which it played a pivotal role in the critical battles of Chancellorsville and Gettysburg. Thereafter, the corps hastened westward to reinforce a Union army in besieged Chattanooga, and marched through brutal December weather without adequate clothing, shoes, or provisions to help rescue a second Northern army under siege in Knoxville, Tennessee. Despite its sacrifices in the Eastern campaigns and successes in Tennessee, the reputation of the XI Corps is one of cowardice and failure. James S. Pula sets the record straight in his two-volume study Under the Crescent Moon: The XI Corps in the American Civil War, 1862-1864.

Under the Crescent Moon (a reference to the crescent badge assigned to the corps) is the first study of this misunderstood organization. The first volume, From the Defenses of Washington to Chancellorsville, opens with the organization of the corps and a lively description of the men in the ranks, the officers who led them, the regiments forming it, and the German immigrants who comprised a sizable portion of the corps. Once this foundation is set, the narrative flows briskly through the winter of 1862-63 on the way to the first major campaign at Chancellorsville. Although the brunt of Stonewall Jackson’s flank attack fell upon the men of the XI Corps, the manner in which they fought and many other details of that misunderstood struggle are fully examined here for the first time, and at a depth no other study has attempted. Pula’s extraordinary research and penetrating analysis offers a fresh interpretation of the Chancellorsville defeat while challenging long-held myths about that fateful field.

The second volume, From Gettysburg to Victory, offers seven chapters on the XI Corps at Gettysburg, followed by a rich exploration of the corps’ participation in the fighting around Chattanooga, the grueling journey into Eastern Tennessee in the dead of winter, and its role in the Knoxville Campaign. Once the corps’ two divisions are broken up in early 1864 to serve elsewhere, Pula follows their experiences through to the war’s successful conclusion.

Under the Crescent Moon draws extensively on primary sources and allows the participants to speak directly to readers. The result is a comprehensive personalized portrait of the men who fought in the “unlucky” XI Corps, from the difficulties it faced to the accomplishments it earned. As the author demonstrates time and again, the men of the XI Corps were good soldiers unworthy of the stigma that has haunted them to this day. This long overdue study will stand as the definitive history of the XI Corps.
Reviews

“While unreservedly recommended as an essential addition to both community and academic library American Civil War collections, it should be noted for the personal reading lists of dedicated Civil War buffs.” – Midwest Book Review

“The author James S. Pula makes use of a multitude of primary sources to let the soldiers speak for themselves. . . . This is the first look at a much-maligned body of men who deserved better. I’m happy to add it to my Civil War collection.” – Civil War News

“At long last, the oft-maligned XI Corps is the recipient of a well-written, deeply researched, and richly deserved history. James Pula’s Under the Crescent Moon shatters the myths surrounding the corps’ performance in the Eastern Theater by analyzing the command decisions which all too often placed it in indefensible positions. This ranks among the best Civil War books I have ever read.” (John Michael Priest, author “Stand to It and Give Them Hell”: Gettysburg as the Soldiers Experienced it from Cemetery Ridge to Little Round Top, July 2, 1863)

“James Pula has written the definitive history of the much-maligned and frequently misunderstood XI Corps of the Army of the Potomac. Meticulously researched, drawing from both English- and German-language period sources, well-written in crisp prose, sensibly organized, and analytically balanced, this book will stand as THE history of one of the Union Army’s most important fighting organizations. Pula’s treatment of the ethnic issues at play, both within the corps and in Northern society at large, will rank this book as a major contribution to the social as well as the military history of the Civil War.” (Christian B. Keller United States Army War College)

“Denigrated as ‘damned Dutchmen’ because of its sizable contingent of German immigrants, castigated as a bunch of cowards shamefully routed at Chancellorsville and Gettysburg, the XI Corps has been unfairly maligned both within and outside of the Union army with criticisms echoed by generations of historians. James Pula sets the record straight in this thoroughly researched and detailed account of its history, revealing truths contrary to conventional belief and in the process scouring the tarnish of shame from the corps’ crescent badge.” (Mark H. Dunkelman, author of Brothers One and All: Esprit de Corps in a Civil War Regiment)

“A generation of scholarship has shown us just how many outsiders were looking in on the spectacle of the American Civil War. James Pula’s new study on the Army of the Potomac’s XI Corps reverses that perspective by showing the role played by outsiders on the inside, not as spectators but participants. The German émigrés who made up 43% of the XI Corps had as close a grip on the ideas of freedom and emancipation as any natural-born American, and fought for them just as hard. As a German-speaker and the unqualified master of a vast trove of primary sources, no one exceeds Pula in retrieving the fabulous record and earnest strivings for liberty of Oliver Otis Howard (surely one of the most underappreciated Union generals of the war) and his ‘Dutchmen.’ Under the Crescent Moon now stands alongside Pullen, Nolan, and Robertson as one of the must-read unit histories of the Civil War.” (Allen C. Guelzo, author of Gettysburg: The Last Invasion)

“The XI Corps— those ‘damned Dutchmen’—were heartily scorned by their fellow soldiers in the Army of the Potomac in 1863 after the debacle at Chancellorsville and its poor performance at Gettysburg. Its composition of immigrant regiments of German background and mixed bag of German-born officers singled them out for derision by others. From Franz Sigel to Oliver O. Howard, every commander left an indelible mark on a corps filled with good men who suffered mediocre leadership. Despite the stain of defeat, mistrust, turbulent changes in command, and struggle with identity, the XI Corps would redeem itself on battlefields in Tennessee, Georgia, and the Carolinas. Dr. James Pula offers a fresh perspective of its service and demonstrates why we historians need to take another look at this much maligned corps.” (John Heiser, Historian, Gettysburg National Military Park)

James S. Pula is a Professor of History Emeritus at Purdue University Northwest and the editor-in-chief of Gettysburg Magazine. Dr. Pula is the author or editor of more than two dozen books, including Under the Crescent Moon with the Eleventh Corps in the Civil War, winner of the U. S. Army Historical Foundation Distinguished Writing Award; The Civil War from Its Origins to Reconstruction; For Liberty and Justice: A Biography of Brig. Gen. Włodzimierz B. Krzyżanowski; and The Sigel Regiment: A History of the 26th Wisconsin Volunteer Infantry, 1862-1865, winner of the Gambrinus Prize in History from the Milwaukee County Historical Society.

Under the Crescent Moon with the XI Corps in the Civil War Volume 1: From the Defenses of Washington to Chancellorsville, 1862-1863 By James S. Pula Published by Savas Beatie This is an interesting work. If you can make it through the first chapter then you’ll have a lot to enjoy. The first chapter is like a roll call. As someone that gives battlefield tours in the Fredericksburg area, and uses lots of names, I understand why visitors sometimes go cross-eyed with all the names. The lead up into Chancellorsville takes time to get to. This is not the fault of the author because this corps was not created until after 2nd Manassas and was in the Reserve Grand Division during Fredericksburg. What the early chapters really offer are getting to understand the creation and major figures with the XI Corps. You also get an understanding of the German racism that was felt in the army and even within the corps. SPOILER: there were more non-German units than German units in the corps. When it comes to the Battle of Chancellorsville, have a map. There are maps in the book but having a detailed map will do you wonders. Because as you learn about the how the orders went back and forth and the alignment of the corps prior to Jackson’s flank attack, it’s important to see where farms were, mills, and of course the troops. I will say chapter 4 was my favorite chapter. It details the movement of the army, and specifically the XI corps. You get a sense of the route they took. If you are from around here you may know some of the locations mentioned. But Pula’s use of primary sources lends itself to gain a deeper feeling of what the Wilderness was really like. The same can be said for chapter 9. Reading about the march north to Pennsylvania gives you a sense of hey I know these places. The big chapters on Chancellorsville are eye-opening. The breakdowns in communications. The neglectful approach of Howard and Devens. The ridiculous game of phone tag with the AoP during May 2 is very revealing. I’d give this book a solid B+. I went with that grade because some of the chapters are overlong with redundant information. Pula uses four different accounts to talk about the weather. I think he got lost in the weeds a few times because how the XI Corps got shoes during the march North was just not necessary. I recommend it but just be ready for some parts where you’re like ok enough.