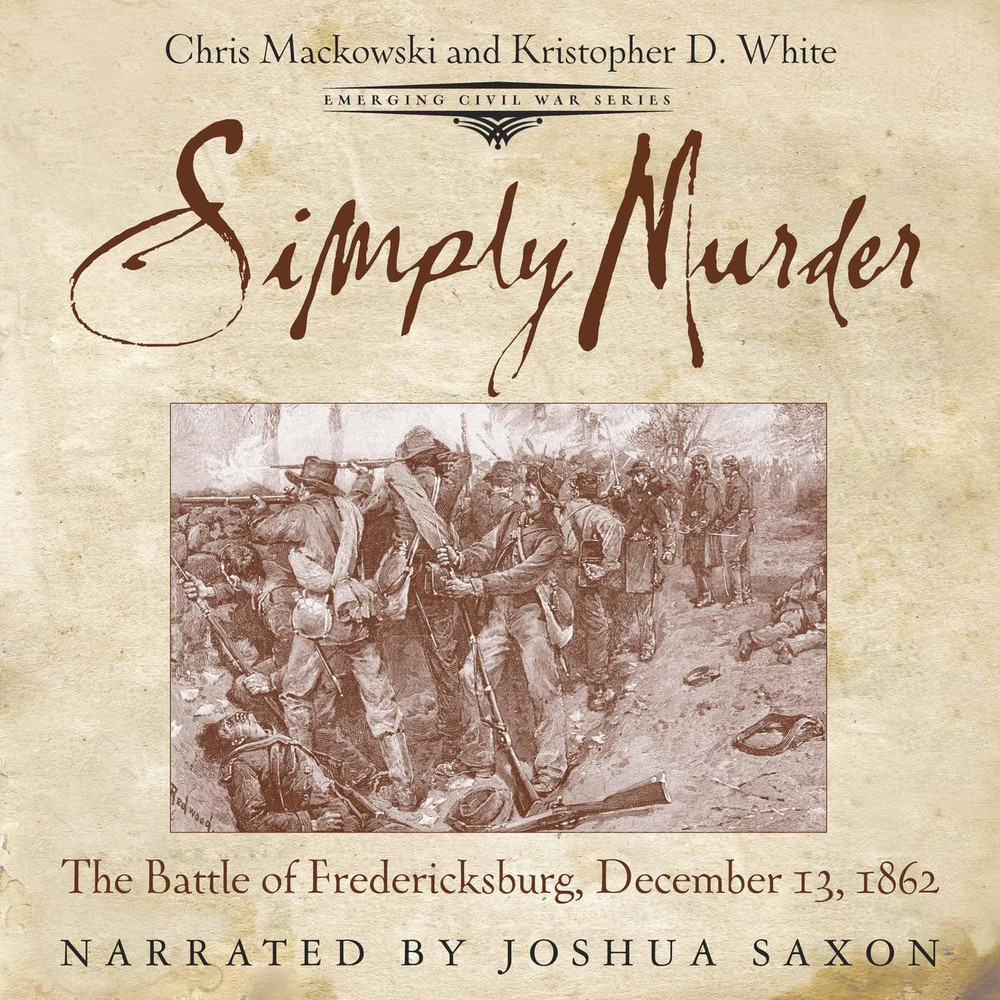 They melted like snow on the ground, one officer said—wave after wave of Federal soldiers charging uphill across an open muddy plain. Confederates, fortified behind a stone wall along a sunken road, poured a hail of lead into them as they charged . . . and faltered . . . and died. “I had never before seen fighting like that, nothing approaching it in terrible uproar and destruction,” said one eyewitness to the slaughter. “It is only murder now.”

The battle of Fredericksburg is usually remembered as the most lopsided Union defeat of the Civil War. It is sometimes called “Burnside’s folly,” after Union commander Maj. Gen. Ambrose Burnside who led the Army of the Potomac to ruin along the banks of the Rappahannock River. But the battle remains one of the most misunderstood and misremembered engagements of the war. Burnside started with a well-conceived plan and had every reason to expect victory. How did it go so terribly wrong?

Authors Chris Mackowski and Kristopher D. White have worked for years along Fredericksburg’s Sunken Road and Stone Wall, and they’ve escorted thousands of visitors across the battlefield. Simply Murder not only recounts Fredericksburg’s tragic story of slaughter, but includes invaluable information about the battlefield itself and the insights they’ve learned from years of walking the ground.

Simply Murder can be enjoyed in the comfort of one’s living room or as a guide on the battlefield itself. It is also the first release in the new “Emerging Civil War Series,” which offers compelling and easy-to-read overviews of some of the Civil War’s most important battles and issues.

"The presentation of an intelligent, readable, and original account at each location is wonderful. Time after time, I wished this book was with me during my visit to the battlefield." - Jim Durney, Suncoast Civil War Round Table

"Simply Murder is an affordable and readable overview of the Battle of Fredericksburg. Those looking to better understand this battle . . . would do well to purchase this book." - Brett Schulte, TOCWOC - A Civil War Blog