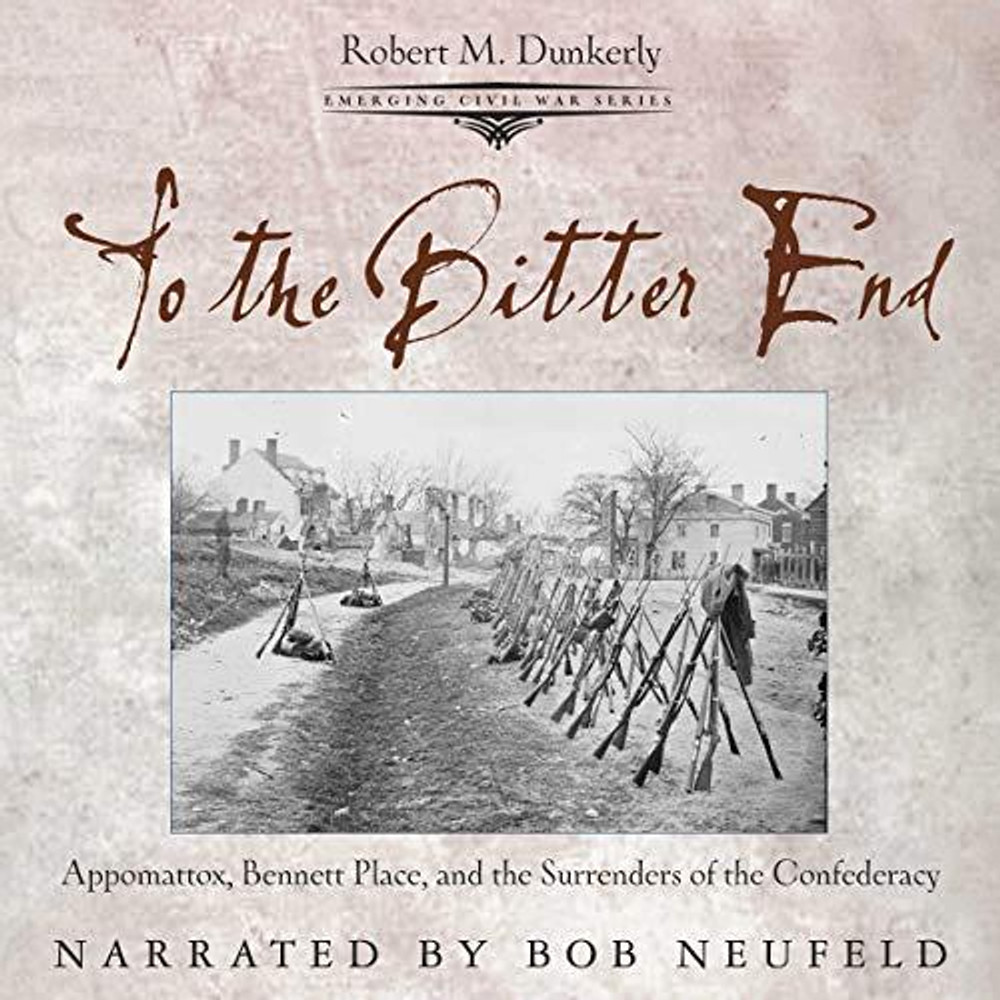 Across the Confederacy, determination remained high through the winter of 1864 into the new year—yet ominous signs were everywhere. The peace conference had failed. Large areas were overrun, the armies could not stop Union advances, the economy was in shambles, and industry and infrastructure were crumbling. The Confederacy could not make, move, or maintain anything. No one knew what the future held but uncertainty.

Civilians and soldiers, generals and governors, resolved to fight to the bitter end.

Myths and misconceptions abound about those last days of the Confederacy. There would be no single surrender or treaty that brought the war to an end. Rather, the Confederacy collapsed, its government on the run, its cities occupied, its armies surrendering piecemeal.

Offering a fresh look at the various surrenders that ended the war, To the Bitter End: Appomattox, Bennett Place, and the Surrenders of the Confederacy by Robert M. Dunkerly brings to light little-known facts and covers often-overlooked events. Each surrender—starting at Appomattox and continuing through Greensboro, Citronelle, and the Trans-Mississippi—unfolded on its own course. Many involved confusing and chaotic twists and turns.

Misunderstandings plagued many of the negotiations. Communications were problematic. Discipline often broke down. Tempers flared. It was anything but a nice, neat ending to the war.

How did the war finally end? What was the status of former Confederate soldiers? Of slaves? How would everyone get home? Was there even a home to go to? As the surrenders unfolded, daunting questions remained.

Appomattox was just the beginning.