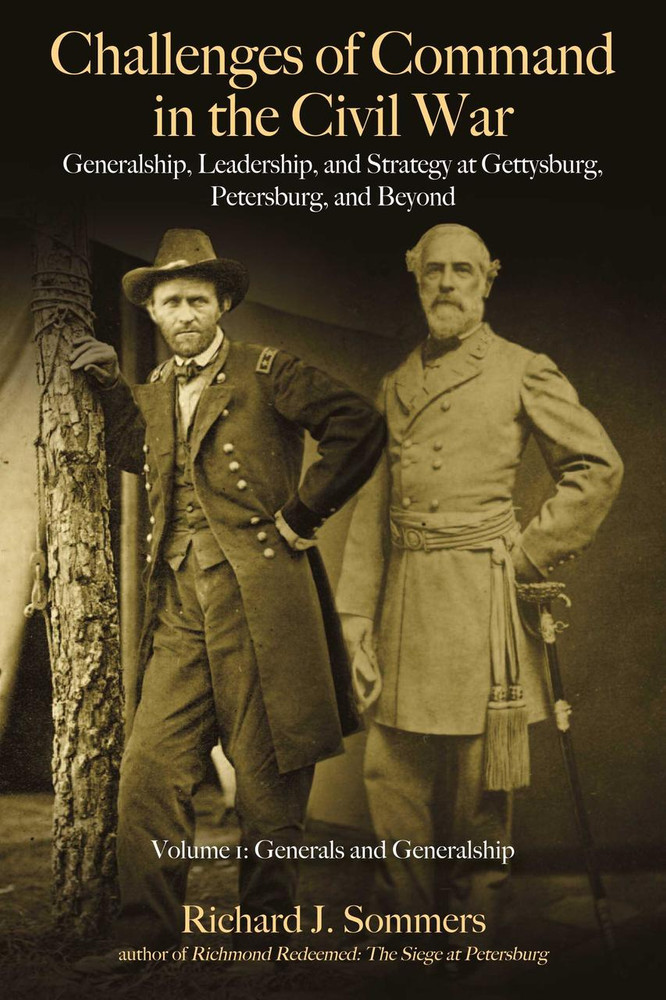 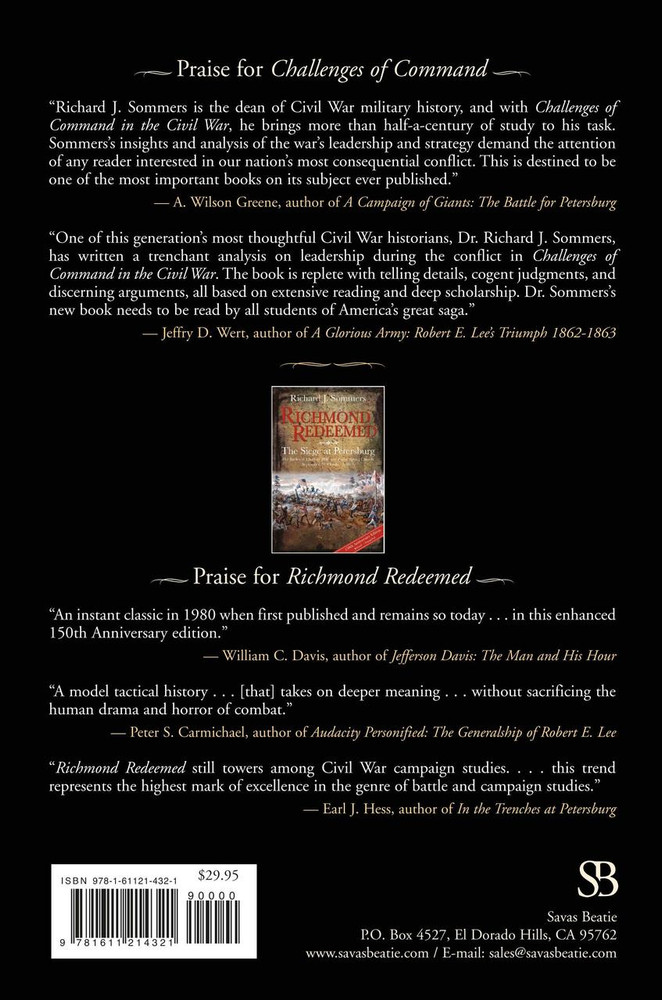 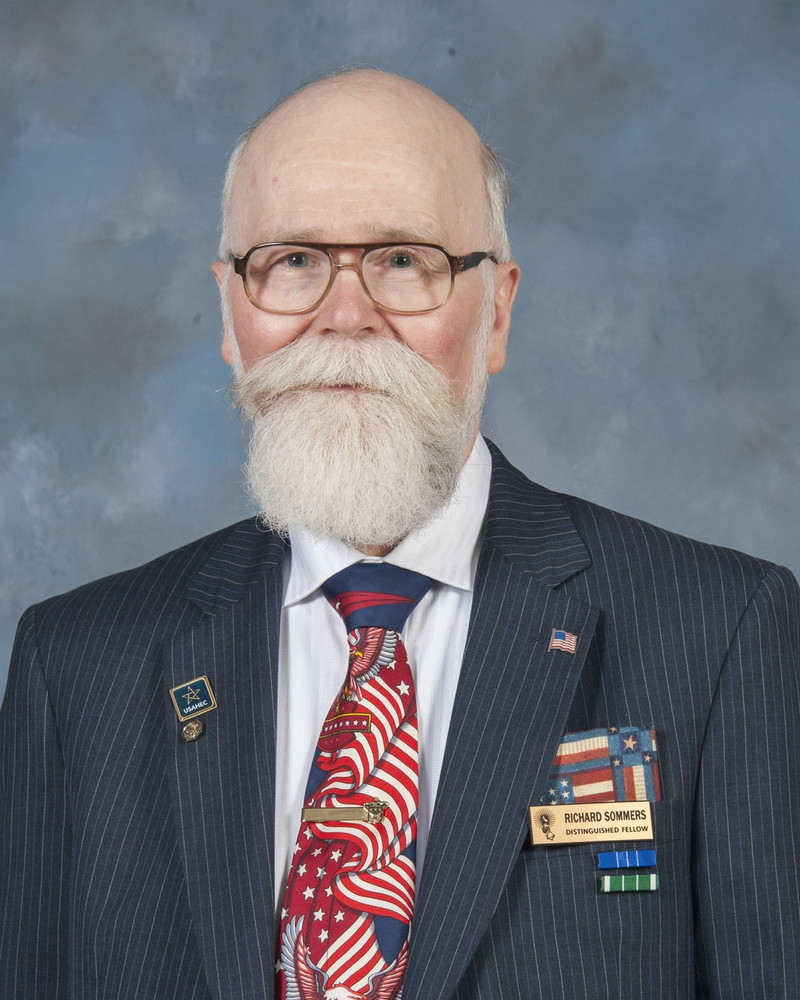 Dr. Richard Sommers’ Challenges of Command in the Civil War distills six decades of studying the Civil War into two succinct, thought-provoking volumes. This first installment focuses on “Civil War Generals and Generalship.” The subsequent volume will explore “Civil War Strategy, Operations, and Organization.” Each chapter is a free-standing essay that can be appreciated in its own right without reading the entire book.

Ulysses S. Grant and Robert E. Lee stand out in Volume I as Dr. Sommers analyzes their generalship throughout the Civil War. Their exercise of command in the decisive Virginia Campaign from May 1864 to April 1865 receives particular attention—especially during the great Siege of Petersburg, about which the author has long ranked as the pioneering and pre-eminent historian.

Five chapters evaluating Grant and Lee are followed by five more on “Civil War Generals and Generalship.” One of those essays, “American Cincinnatus,” explores twenty citizen-soldiers who commanded mobile army corps in the Union Army and explains why such officers were selected for senior command. Antietam, Gettysburg, and Petersburg are central to three essays on Northern corps and wing commanders. Both Federals and Confederates are featured in “Founding Fathers: Renowned Revolutionary War Relatives of Significant Civil War Soldiers and Statesmen.” The ground-breaking original research underlying that chapter identifies scores of connections between the “Greatest Generations” of the 18th and 19th Centuries—far more than just the well-known link of “Light Horse Harry” Lee to his son, Robert E. Lee.

From original research in Chapter 10 to new ways of looking at familiar facts in Chapters 6-9 to distilled judgments from a lifetime of study in Chapters 1-5, Challenges of Command invites readers to think—and rethink—about the generalship of Grant, Lee, and senior commanders of the Civil War.

This book is an essential part of every Civil War library.

“Richard J. Sommers is the dean of Civil War military history, and with Challenges of Command in the Civil War, he brings more than half-a-century of study to his task. Sommers’s insights and analysis of the war’s leadership and strategy demand the attention of any reader interested in our nation’s most consequential conflict. This is destined to be one of the most important books on its subject ever published.” - A. Wilson Greene, author of A Campaign of Giants: The Battle for Petersburg

“One of this generation’s most thoughtful Civil War historians, Dr. Richard J. Sommers, has written a trenchant analysis on leadership during the conflict in Challenges of Command in the Civil War. The book is replete with telling details, cogent judgments, and discerning arguments, all based on extensive reading and deep scholarship. Dr. Sommers’s new book needs to be read by all students of America’s great saga.” - Jeffry D. Wert, author of A Glorious Army: Robert E. Lee’s Triumph 1862-1863

Dr. Richard J. Sommers has contributed extensively to Civil War and military history. In addition to his latest books Challenges of Command, and Richmond Redeemed, he has authored more than 100 books, chapters, articles, entries, and reviews on a wide variety of Civil War topics. The SB updated, expanded 150th anniversary edition of Richmond Redeemed earned the Army Historical Foundation Distinguished Writing Award as the best reprint on U.S. Army history for 2014. The original edition was awarded the Bell Wiley Prize for the best Civil War book published in 1981-82. Dr. Sommers himself is also the recipient of a host of awards, including the Harrisburg Civil War Round Table General John F. Hartranft Award “for meritorious service,” the Houston Civil War Round Table Frank E. Vandiver Award “for merit,” and the Army Heritage Center Foundation General John Armstrong Award “for significant contributions.” In 2015, the Army War College designated him a “Distinguished Fellow.” He is a popular speaker to Civil War audiences, including the Civil War Round Table circuit, all across America. He retired in 2014 as the Senior Historian of the Army Heritage and Education Center, where he served for more than four decades, but he continues to teach at the Army War College in Carlisle, Pennsylvania, and to write and speak about the Civil War. Born in Indiana and educated at Carleton College (B.A.) and Rice University (Ph.D.), Dr. Sommers resides in Carlisle with his wife, Tracy.