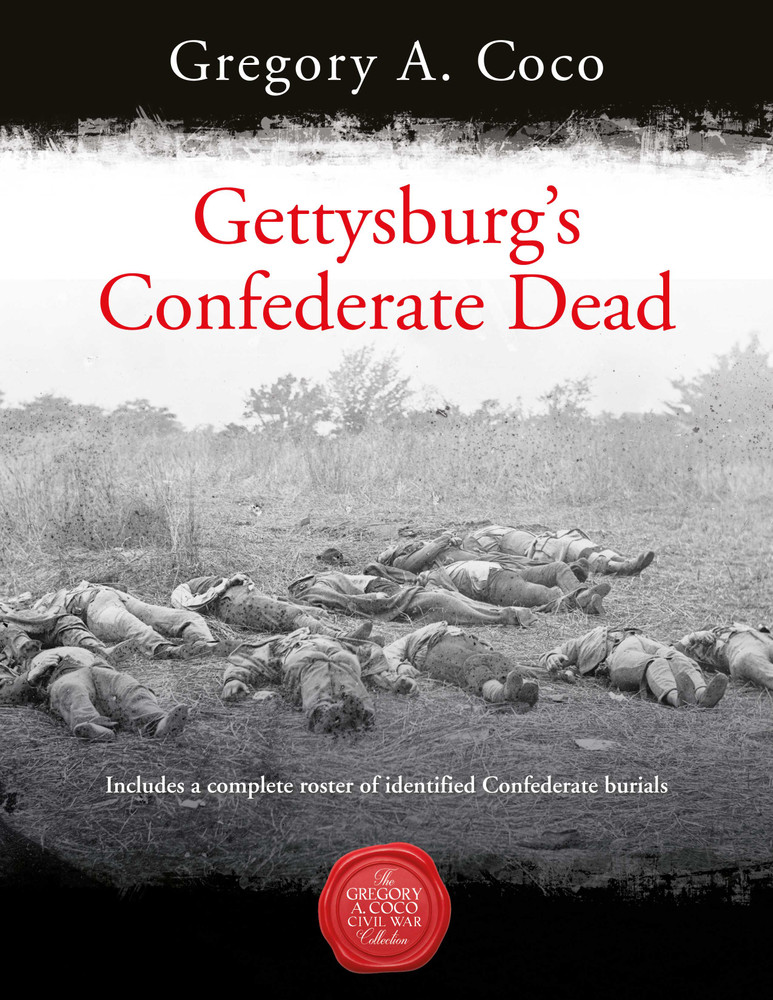 At least 10,000 Union and Confederates soldiers lost their lives as a result of the Battle of Gettysburg. Visitors and readers quickly learn that the former were eventually interred in the National Cemetery. What happened to the Confederate dead? Their journey to a peaceful afterlife, explains historian Gregory Coco in Gettysburg’s Confederate Dead, was a much longer and lonely experience.

This unique study is divided into two sections.

Part I explains the riveting story of how a local physician made it his mission to identify as many of the Southern dead as possible to save them from oblivion. How he did so, and the heartbreaking details involved, is riveting. This section also sets forth how another Gettysburg doctor disinterred 3,320 sets of Confederate remains and shipped them South between 1871-1873, partially in an effort to keep them from being obliterated by area farmers.

Part II is an 80-page alphabetical roster of 1,400 identified Confederates, including their initial and final grave locations, as well as their units, ages, and date of death.

This fascinating and indispensable reference work on a macabre subject belongs in the library of every student of Gettysburg.