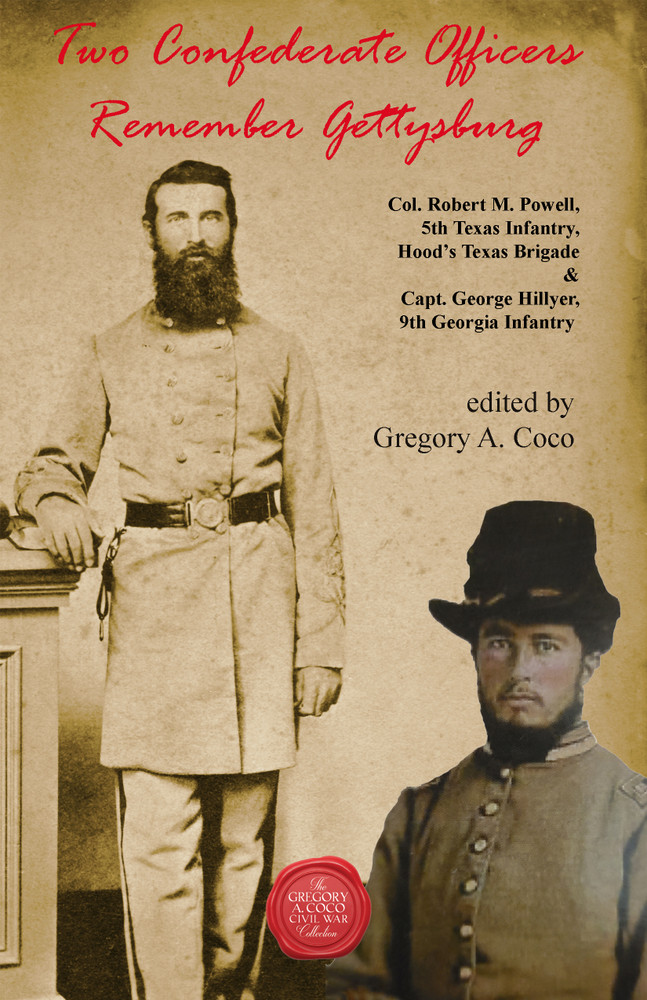 Colonel Robert Michael Powell (1826-1916) of the 5th Texas Infantry Regiment was born in Alabama but moved to Texas in 1849 to practice law. When the war broke out, he was commissioned a captain in Company D, 5th Texas Infantry and was promoted to colonel and command of the regiment in November 1862. The 5th Texas, part of Jerome Robertson’s Texas Brigade, played a prominent role on July 2, 1863, at Gettysburg, where the 37-year-old Powell led 409 men into the caldron and made repeated efforts to mount Little Round Top. The regiment lost 54 killed, 112 wounded, and 45 missing or captured. Powell was wounded and captured on the slope of the rocky hill and was not paroled until weeks before the end of the war.

Captain George Hillyer would survive the Civil War and one day become the mayor of Atlanta. That outcome looked almost impossible in early July 1863 at Gettysburg, where he led his regiment (part of George “Tige” Anderson’s brigade) in some of the most brutal fighting of the war. Hillyer and his men fought across the bloody Rose farm and into the Rose woods, and against Stony Hill. His description of the fighting is graphic, detailed, absolutely harrowing. This includes Hillyer’s full account, his official battle report, and a letter to his father about his experiences on July 2 and 3. Historian Greg Coco added detailed explanatory notes and a walking tour of ground over which Hillyer and his men walked and fought.