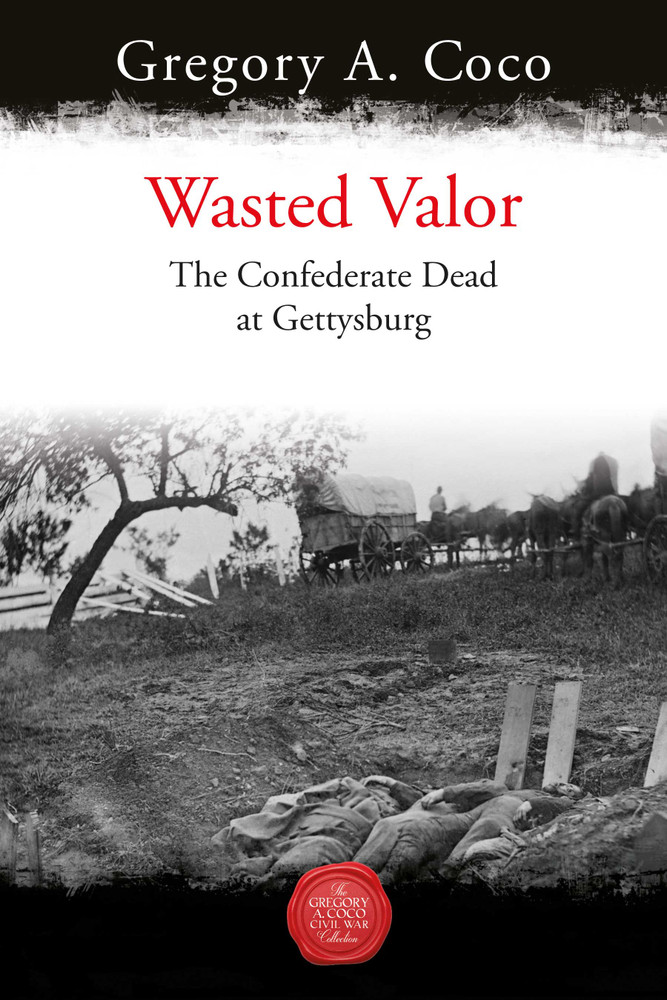 Hundreds of firsthand accounts describing the gruesome appearance of the sprawling and horrific Gettysburg battlefield meticulously describe the true cost of Civil War combat. Greg Coco, the legendary expert on Gettysburg’s dead, painstakingly details the early round of burials, and explains how Southern remains were identified (whenever possible) and removed in the early 1870s.

Six maps identify the location of more than 100 burial sites.  Wasted Valor is a book difficult to put down, and impossible to forget.

A wonderful compliment to A Strange and Blighted Land, and A Vast Sea of Misery.