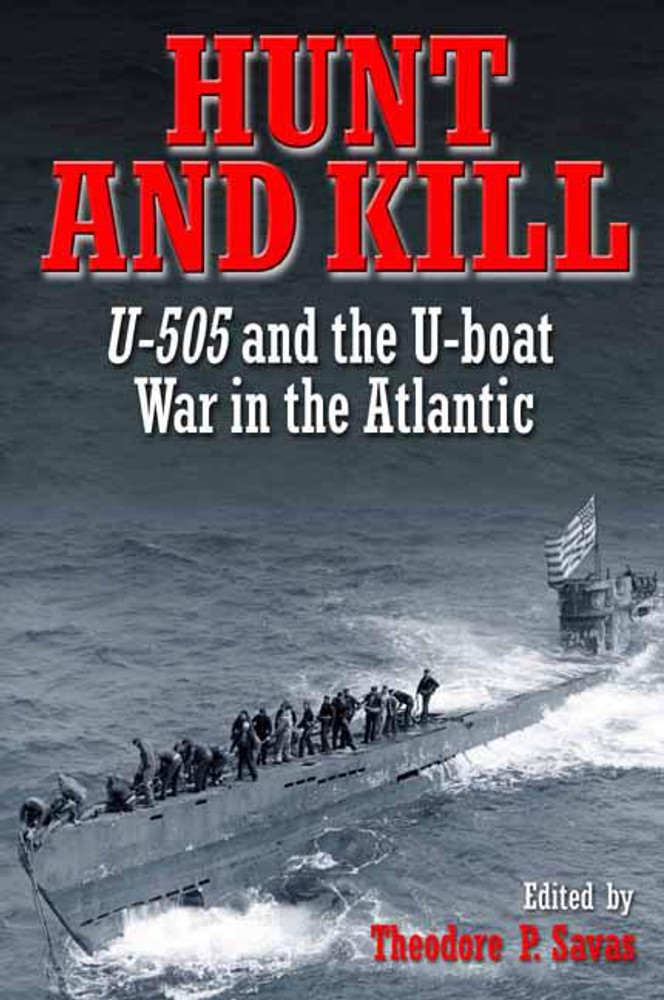 One of WWII’s pivotal events was the capture of U-505 on June 4, 1944. The top secret seizure of this massive Type IX submarine provided the Allies with priceless information on German technology and innovation. After the war, U-505 was transported to Chicago, where today several hundred thousand visitors a year pass through its well-preserved hull at the Museum of Science and Industry.

Now in paperback, Hunt and Kill offers the first definitive study of U-505. Chapters include her construction, crew and commanders, combat history, an assessment of Type IX operations, naval intelligence, the eight fatal German mistakes that doomed the ill-fated boat, her capture, and final transportation and restoration for posterity.

“This book gives a very in-depth coverage of this famous boat, explaining among other things that she was by no means a failed U-boat and had a very interesting history and had many special events, such as being called ‘the most badly damaged U-boat ever to return to port’ by many. She was thus by no means a boat with a poor history only famous for being captured at sea...All in all this is probably the best single-volume book on the U-505 (and then some). It should give a very thorough history of the boat, and U-boats operations as such to anyone reading it. This book is thus much more than simply a story about one U-boat as in turn it covers so much side material affecting all boats. Highly recommended.” (Uboat.net, Naval Warfare Books)

“After reading Hunt and Kill edited by Theodore P. Savas, I realized how much I didn’t know about this so-called “unlucky sub.” Thankfully, the book isn’t just another ‘How the U-505 was captured’ book or generic U-boat history. It is a rich compendium of chapters by some of the most well known U-boat experts around today.” (Tim Smalley, The Sub Committee Report)

Theodore P. Savas graduated from The University of Iowa College of Law in 1986 (With Distinction). He practiced law in Silicon Valley for twelve years and co-founded Savas Woodbury Publishers (subsequently Savas Publishing) in 1990. The company was sold to an East Coast publisher in 2001. He has been teaching legal, history, and business college classes since 1992. Mr. Savas is the author or editor of fourteen books (published in five languages) including A Guide to the Battles of the American Revolution (with J. David Dameron, Spellmount and SBLLC, 2006), Hunt and Kill: U-505 and the U-Boat War in the Atlantic (Spellmount and SBLLC, 2004), Silent Hunters: German U-boat Commanders of World War II (Campbell, 1997; Naval Institute Press, 2003) and Nazi Millionaires: The Allied Search for Hidden SS Gold (Casemate, 2002), as well as a score of articles in a variety of journals and magazines. He also wrote an opinion-editorial column for a northern California newspaper.