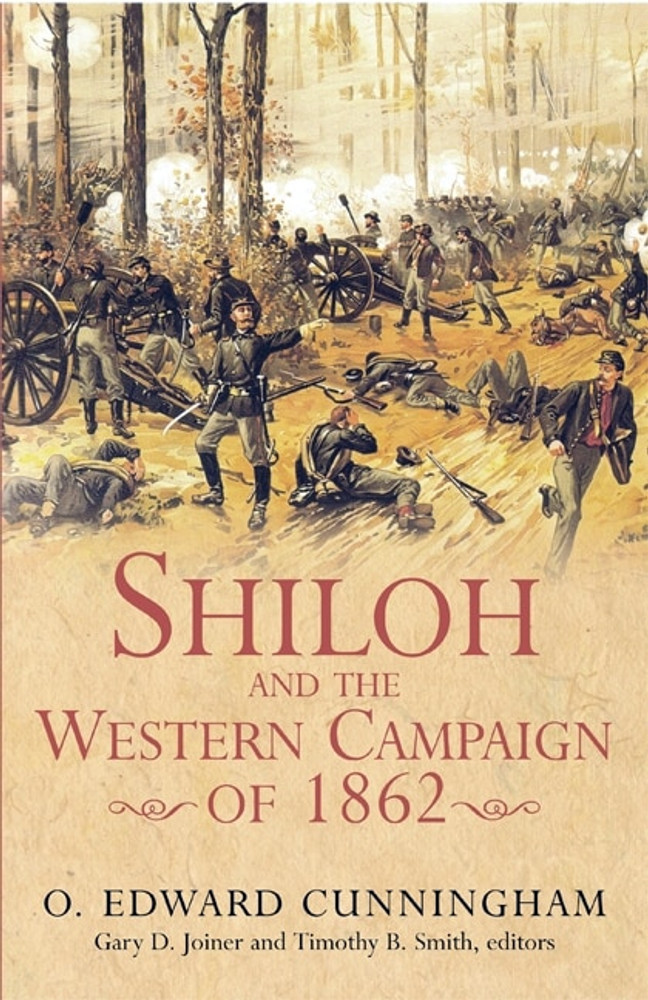 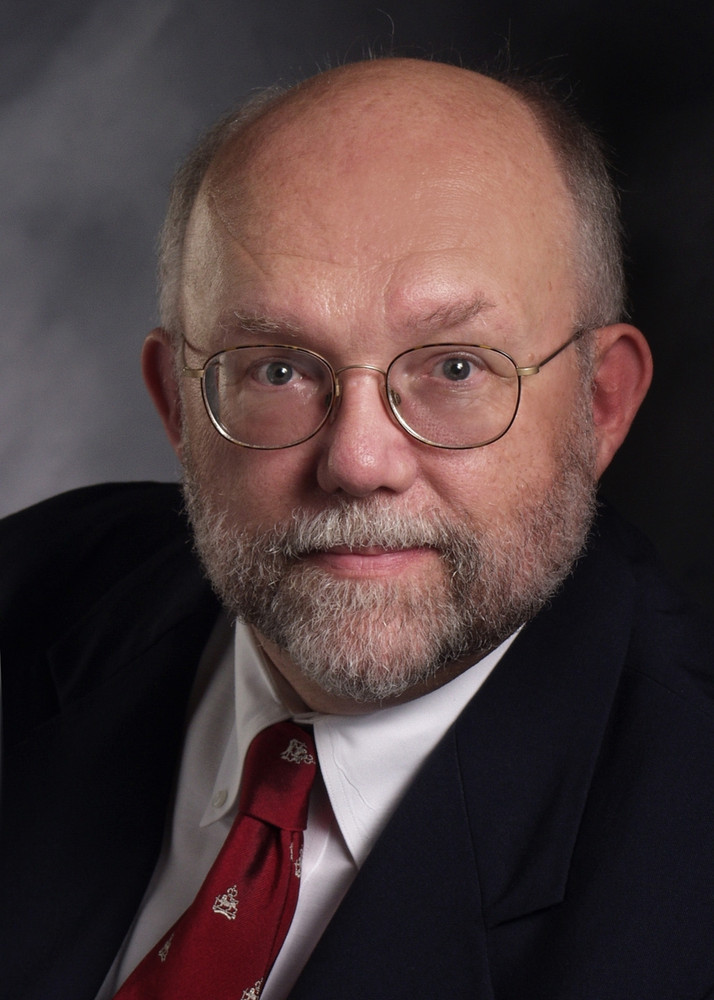 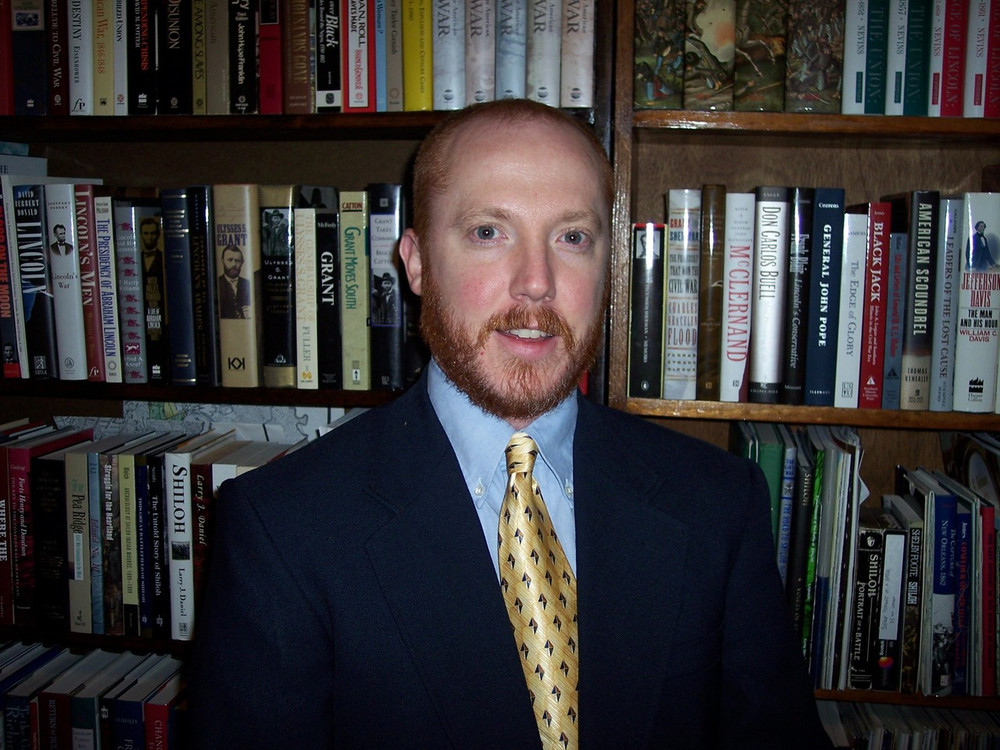 The bloody and decisive two-day battle of Shiloh (April 6-7, 1862) changed the entire course of the American Civil War. The stunning Northern victory thrust Union commander Ulysses S. Grant into the national spotlight, claimed the life of Confederate commander Albert S. Johnston, and forever buried the notion that the Civil War would be a short conflict.

The conflagration at Shiloh had its roots in the strong Union advance during the winter of 1861-1862 that resulted in the capture of Forts Henry and Donelson in Tennessee. The offensive collapsed General Albert S. Johnston’s advanced line in Kentucky and forced him to withdraw all the way to northern Mississippi. Anxious to attack the enemy, Johnston began concentrating Southern forces at Corinth, a major railroad center just below the Tennessee border. His bold plan called for his Army of the Mississippi to march north and destroy General Grant’s Army of the Tennessee before it could link up with another Union army on the way to join him.

On the morning of April 6, Johnston boasted to his subordinates, “Tonight we will water our horses in the Tennessee!” They nearly did so. Johnston’s sweeping attack hit the unsuspecting Federal camps at Pittsburg Landing and routed the enemy from position after position as they fell back toward the Tennessee River. Johnston’s sudden death in the Peach Orchard, however, coupled with stubborn Federal resistance, widespread confusion, and Grant’s dogged determination to hold the field, saved the Union army from destruction. The arrival of General Don C. Buell’s reinforcements that night turned the tide of battle. The next day, Grant seized the initiative and attacked the Confederates, driving them from the field. Shiloh was one of the bloodiest battles of the entire war, with nearly 24,000 men killed, wounded, and missing.

Edward Cunningham, a young Ph.D. candidate studying under the legendary T. Harry Williams at Louisiana State University, researched and wrote Shiloh and the Western Campaign of 1862 in 1966. Although it remained unpublished, many Shiloh experts and park rangers consider it to be the best overall examination of the battle ever written. Indeed, Shiloh historiography is just now catching up with Cunningham, who was decades ahead of modern scholarship.

Western Civil War historians Gary D. Joiner and Timothy B. Smith have resurrected Cunningham’s beautifully written and deeply researched manuscript from its undeserved obscurity. Fully edited and richly annotated with updated citations and observations, original maps, and a complete order of battle and table of losses, Shiloh and the Western Campaign of 1862 will be welcomed by everyone who enjoys battle history at its finest.

With their sparkling introductory essay, editors Gary Joiner and Timothy Smith give readers ample reason to want to read O.Edward Sullivan's 1966 dissertation....Anyone with a serious interest in the early Western theater campaigns and the Battle of Shiloh will find this book essential reading. Casual readers will likely enjoy it as well (not something you can often say about a dissertation). (Civil War Books and Authors)

...it may well be the best, most perceptive and authoritative account of the Battle of Shiloh .." (The Weekly Standard)

…the best history of the most important battle in the West and is required reading. This is the best book on the battle. (Civil War Courier)

Edward Cunningham, Ph.D., studied under T. Harry Williams at Louisiana State University. He was the author of The Port Hudson Campaign: 1862-1863 (LSU, 1963). Dr. Cunningham died in 1997. Gary D. Joiner, Ph.D., is the author of One Damn Blunder from Beginning to End: The Red River Campaign of 1864, winner of the 2004 Albert Castel Award and the 2005 A. M. Pate, Jr., Award, and Through the Howling Wilderness: The 1864 Red River Campaign and Union Failure in the West. He lives in Shreveport, Louisiana. Timothy B. Smith, Ph.D., is author of Champion Hill: Decisive Battle for Vicksburg (winner of the 2004 Mississippi Institute of Arts and Letters Non-fiction Award), The Untold Story of Shiloh: The Battle and the Battlefield, and This Great Battlefield of Shiloh: History, Memory, and the Establishment of a Civil War National Military Park. A former ranger at Shiloh, Tim teaches history at the University of Tennessee.

This is a terrific account of the battle of Shiloh, clearly written and full of telling details. And Cunningham does a fine job placing the battle within the larger context of developments in the western theatre of the war.