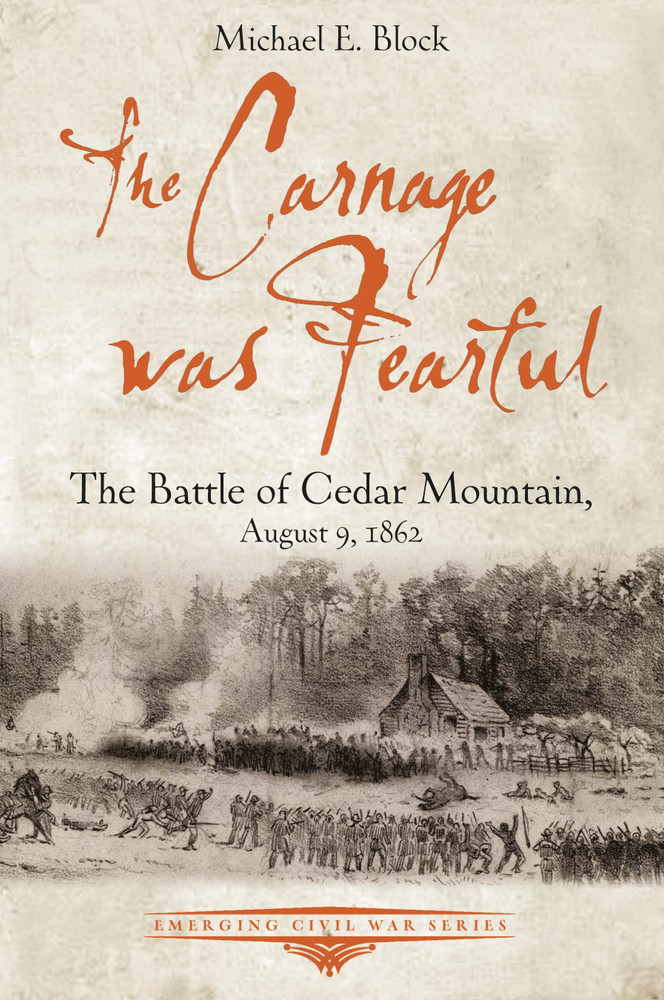 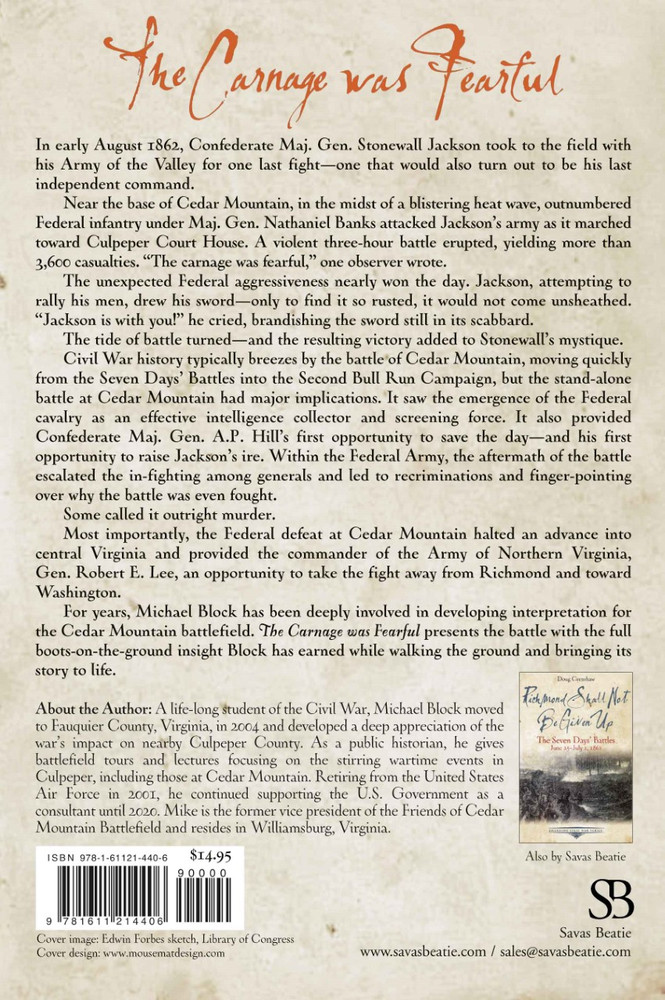 In early August 1862, Confederate Maj. Gen. Stonewall Jackson took to the field with his Army of the Valley for one last fight—one that would also turn out to be his last independent command.

Near the base of Cedar Mountain, in the midst of a blistering heat wave, outnumbered Federal Infantry under Maj. Gen. Nathanial Banks attacked Jackson’s army as it marched toward Culpeper Court House. A violent three-hour battle erupted, yielding more than 3,600 casualties. “The carnage was fearful,” one observer wrote.

The unexpected Federal aggressiveness nearly won the day. Jackson, attempting to rally his men, drew his sword—only to find it so rusted that it would not come unsheathed. “Jackson is with you!” he cried, brandishing the sword still in its scabbard.

The tide of battle turned—and the resulting victory added to the Stonewall mystique.

Civil War history typically breezes by the battle of Cedar Mountain, moving quickly from the Seven Days’ Battles into the Second Bull Run Campaign, but the stand-alone battle had major implications. It saw the emergence of the Federal cavalry as an effective intelligence collector and screening force. It also provided Confederate Maj. Gen. A.P. Hill’s first opportunity to save the day—and his first opportunity to raise Jackson’s ire. Within the Federal army, the aftermath of the battle escalated the in-fighting among generals, led to recriminations and finger-pointing over why the battle was even fought.

Some called it out-right murder.

Most importantly, the defeat at Cedar Mountain halted a Federal advance into central Virginia and provided the commander of the Army of Northern Virginia, Gen. Robert E. Lee, an opportunity to take the fight away from Richmond and toward Washington.

A life-long student of the Civil War, Michael Block moved to Fauquier County, Virginia, in 2004 and developed a deep appreciation of the war’s impact on Culpeper County. As a public historian, he gives battlefield tours and lectures, focusing on the stirring wartime events in Culpeper, including at Cedar Mountain. Retiring from the United States Air Force in 2001, he continues supporting the U.S. Government as a consultant. Mike is the vice-president of the Friends of Cedar Mountain Battlefield.