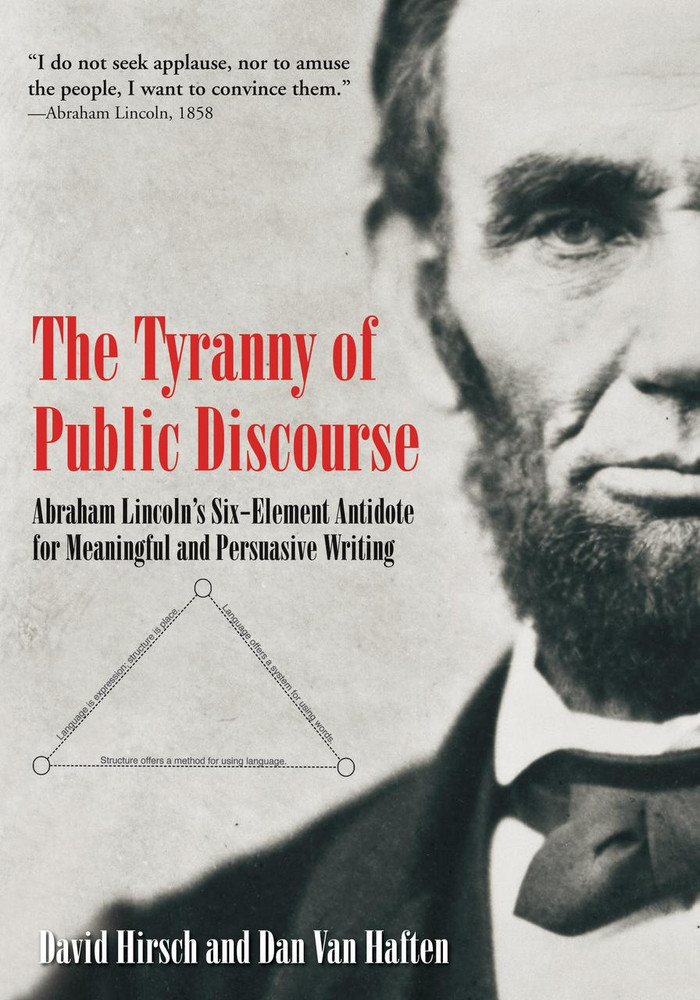 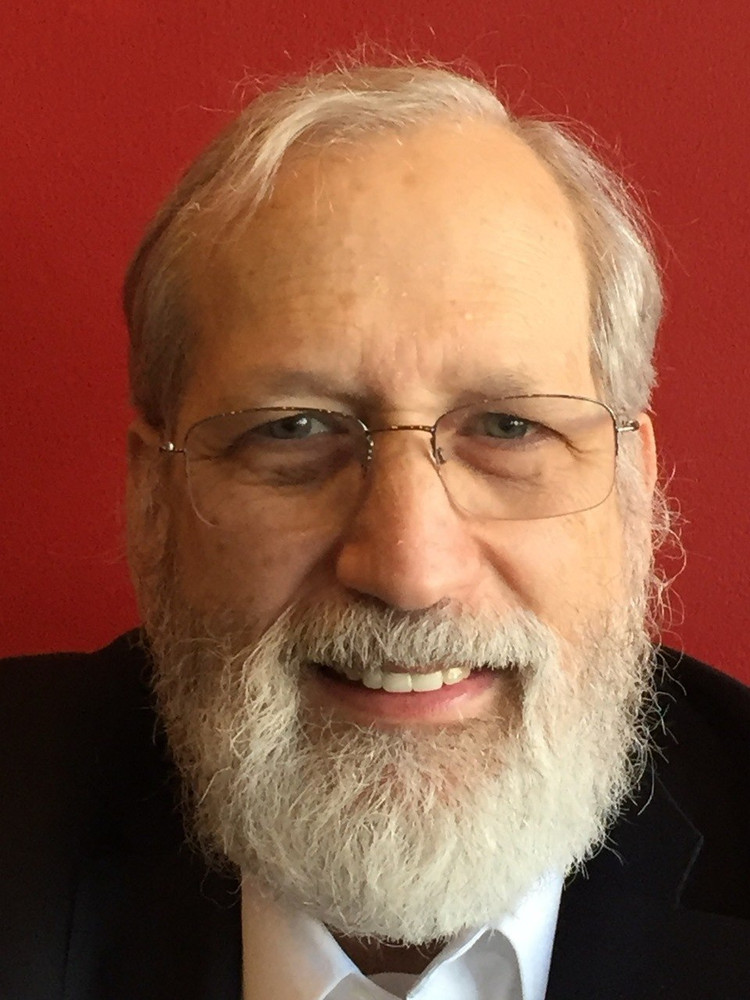 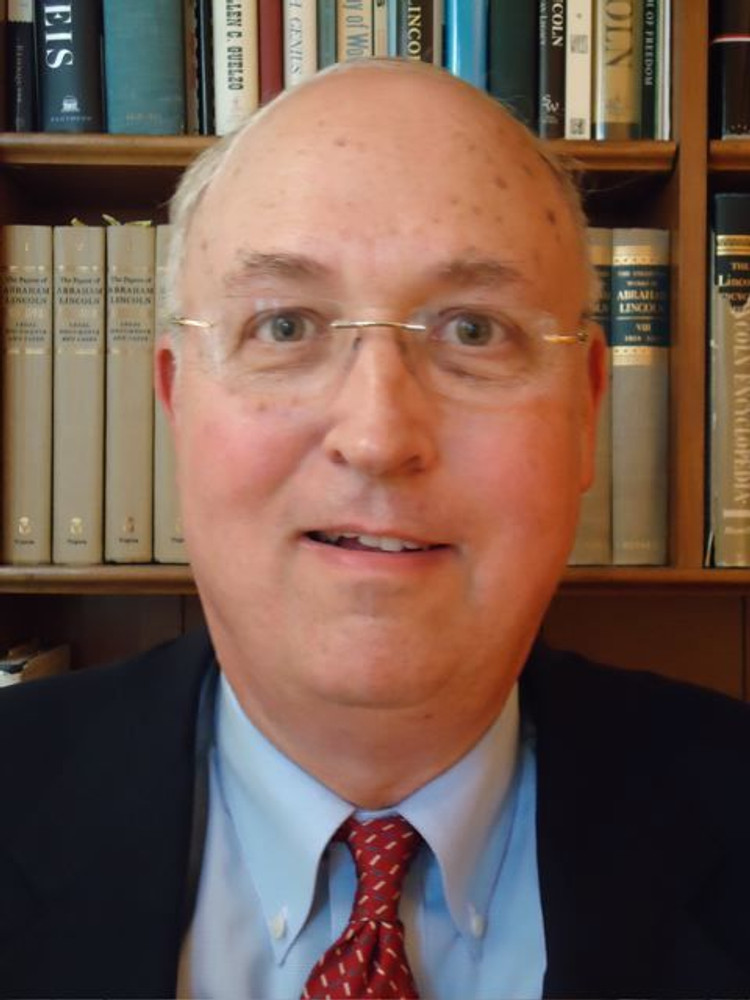 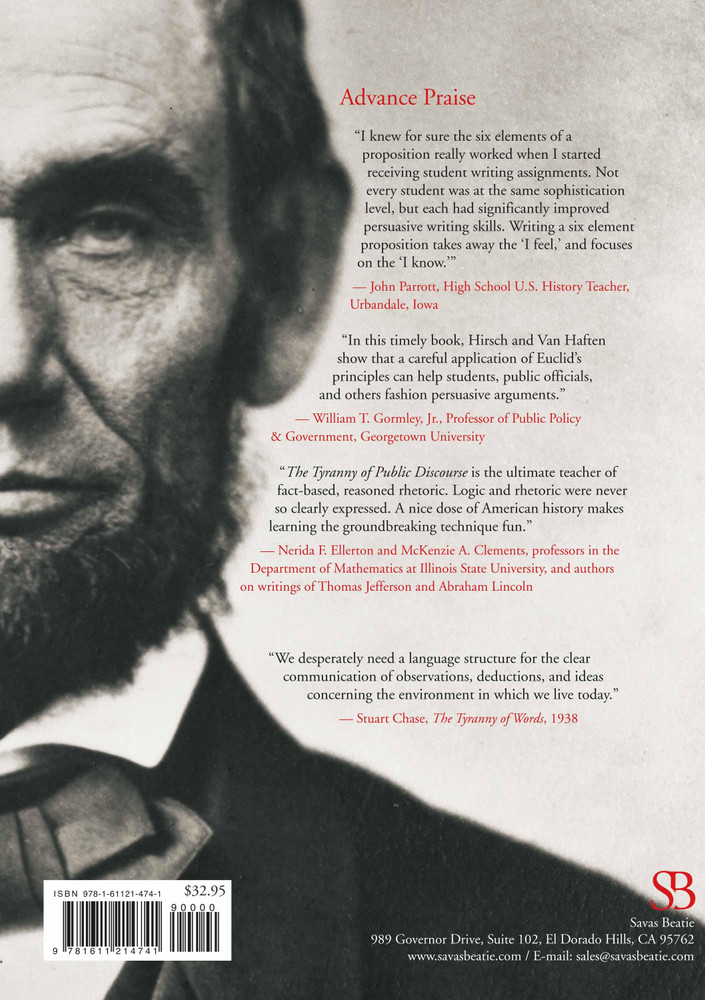 Are you satisfied with the current state of public discourse? The almost unanimous response from people across the nation is a loud and emphatic “No!”

The reply is always the same regardless of politics. Today’s public discourse typically starts with a “conclusion” and goes downhill from there. If there are talking heads, argument begins instantly and typically runs in circles. This is a dangerous path for a society that depends upon civility and virtue to survive. The Tyranny of Public Discourse: Abraham Lincoln’s Six-Element Antidote for Meaningful and Persuasive Writing by scholars David Hirsch and Dan Van Haften addresses what is one of the most important issues of our time.

This book can teach anyone how to use logic and reason to create persuasive writing. A byproduct of this is the civility that will ensue with an elevated public discourse. The Tyranny of Public Discourse establishes the six elements of a proposition as a verbal form of the scientific method—something Abraham Lincoln knew and used routinely. His logic and reason is so well known that it is quoted today more than 150 years after his death. Learning the six elements and how to use them to discuss any topic at any time is not only fascinating, but fairly easy to understand and implement. This book sets it all out, step-by-step and color coded, from beginning to end.

The Tyranny of Public Discourse: Abraham Lincoln’s Six-Element Antidote for Meaningful and Persuasive Writing, complete with 21 diagrams on how to structure your logic, is the book you have been waiting for. The time is short, and the hour is now.

"This compact book goes the extra mile, printed in color on glossy paper for added emphasis, to show how the six elements form triangles of persuasive writing. Written in simple, easy-to-grasp fashion, this book is recommended for anyone in the legal profession, political arena, or marketing business. Whether you are a writer, student, or a professional trying to get your point across, you will find this little treasure indispensable." - San Francisco Book Review

David Hirsch is an attorney in Des Moines, Iowa. He has a BS from Michigan State University and a JD, with distinction, from the University of Iowa College of Law. He clerked for an Iowa Supreme Court Justice from 1973 to 1974. In addition to a full‑time law practice, Hirsch was a columnist for the American Bar Association Journal for over a decade. Hirsch is admitted to practice in all Iowa state trial and appellate courts, plus: United States Supreme Court, United States Court of Appeals for the Eighth Circuit, United States District Court for the Southern District of Iowa, United States District Court for the Northern District of Iowa, United States Court of Claims, United States Tax Court. ******* Dan Van Haften lives in Batavia, Illinois. He has BS, with high honor, and MS degrees in mathematics from Michigan State University, and a Ph.D. in electrical engineering from Stevens Institute of Technology. He began his career at AT&T Bell Laboratories in 1970, and retired from Alcatel-Lucent in 2007. He worked on telecommunication software development and system testing. David Hirsch and Dan Van Haften also authored Abraham Lincoln and the Structure of Reason (2010), Barack Obama, Abraham Lincoln, and the Structure of Reason (2012), The Ultimate Guide to the Gettysburg Address (2016), and The Ultimate Guide to the Declaration of Independence (2017). www.thestructureofreason.com