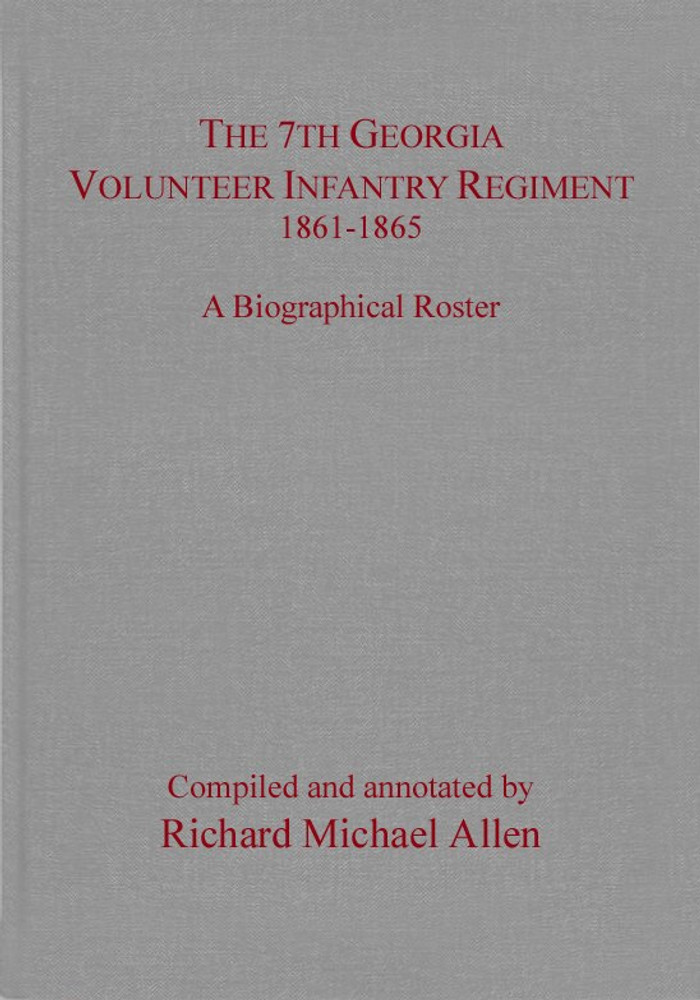 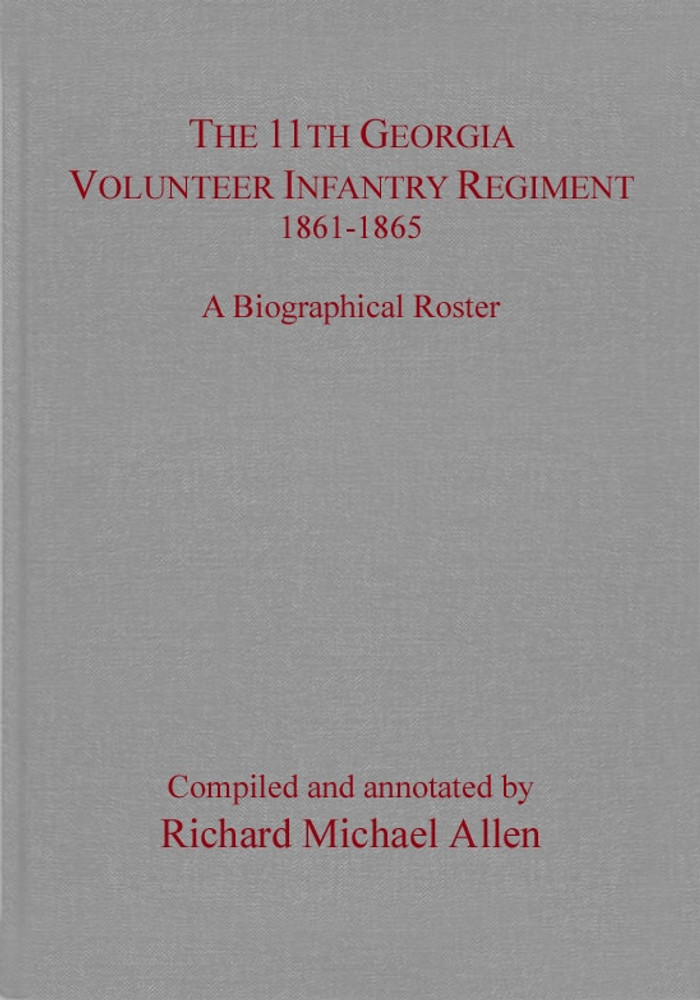 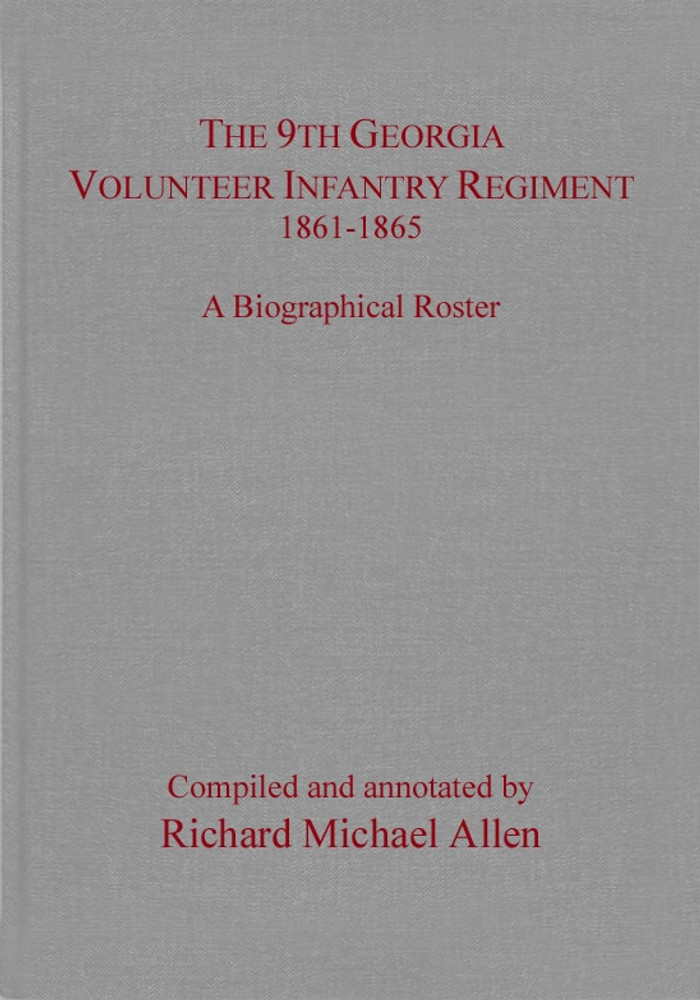 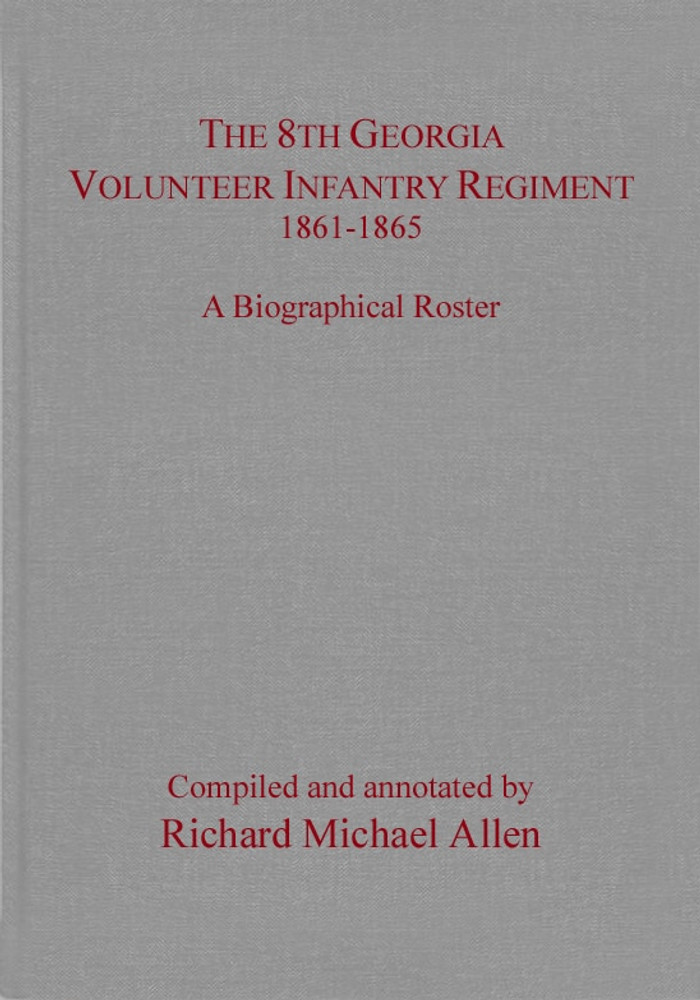 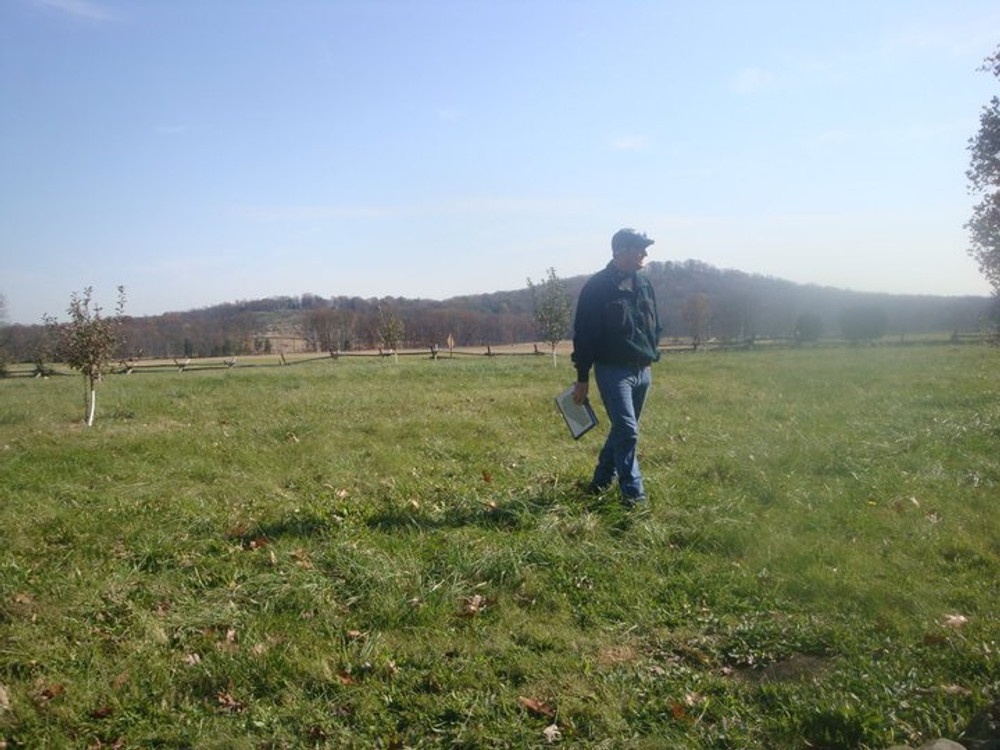 This is the entire four-volume set. Individual volumes are available.

Buy the Kindle eBook for each volume in October 2018!

The 7th, 8th, 9th, and 11th Georgia volunteer infantry regiments spent most of the Civil War fighting under Brig. Gen. George Thomas “Tige” Anderson in Gen. Robert E. Lee’s Army of Northern Virginia. Until now, no biographical roster of their members has ever been published.

These Georgians saw it all, from the bloody battle of First Manassas through the ferocious combat of Second Manassas, Sharpsburg, Gettysburg, the Wilderness, Spotsylvania, and the long siege of Petersburg. They finally furled their banners at Appomattox. Nearly 5,000 men passed through these four Georgia regiments. These rosters offer a long overdue record of these men.

Each roster is organized by company in a simple and easy to use format. Entries feature full names (if known), promotions, demotions, casualties, transfers, and resignations for every rank—an unprecedented look into men and the structure and evolution of these organizations. They include the most comprehensive examination of the personnel originally enlisted and their subsequent service histories within these units in chronological order for the first time.

Compiler and author Richard Allen has spent nearly two decades researching scores of archives and other sources to prepare these rosters. He utilized primary sources such as the Official Records, Compiled Service Records, newspaper accounts, diaries, letters, census information, burial records, and a variety of documents from both published sources and private collections.

Students of the Civil War, genealogists, and enthusiasts of Georgia history will find these rosters invaluable. Everyone who uses them owes Rick Allen a hearty, and heartfelt, thank you.

A 1990 graduate of the Maryland Institute of Art, Rick Allen is a lifelong student of the American Civil War. A Maryland native, he was fortunate to spend a large part of his youth roaming the battlefields of the eastern theatre and has remained a student of that conflict ever since. For the last fifteen years he has been involved in researching the history and composition of the men who composed the four Georgia infantry regiments featured in these rosters.

The Washingtons: A Family History, Volume 4, Part 2: Generation Eight of the Presidential Branch