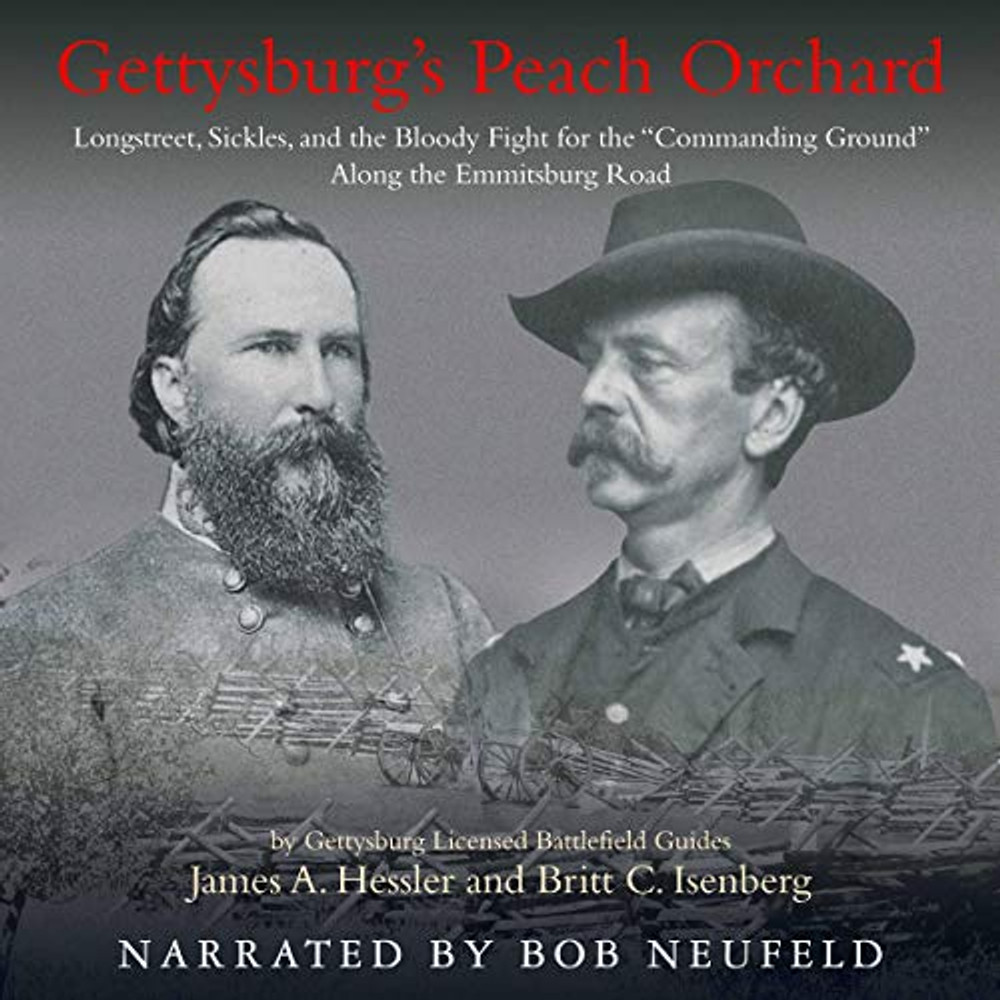 Winner, 2019, The Bachelder-Coddington Literary Award,
Given by the Robert E. Lee Civil War Round Table of Central New Jersey

More books have been written about the battle of Gettysburg than any other engagement of the Civil War. The historiography of the battle’s second day is usually dominated by the Union’s successful defense of Little Round Top, but the day’s most influential action occurred nearly one mile west along the Emmitsburg Road in farmer Joseph Sherfy’s peach orchard. Despite its overriding importance, no full-length study of this pivotal action has been written until now. James Hessler’s and Britt Isenberg’s Gettysburg’s Peach Orchard: Longstreet, Sickles, and the Bloody Fight for the “Commanding Ground” Along the Emmitsburg Road corrects that oversight.

On July 2, 1863, Confederate Gen. Robert E. Lee ordered skeptical subordinate Maj. Gen. James Longstreet to launch a massive assault against the Union left flank. The offensive was intended to seize the Peach Orchard and surrounding ground along the Emmitsburg Road for use as an artillery position to support the ongoing attack. However, Union Maj. Gen. Daniel Sickles, a scheming former congressman from New York, misinterpreted his orders and occupied the orchard first.

What followed was some of Gettysburg’s bloodiest and most controversial fighting. General Sickles’s questionable advance forced Longstreet’s artillery and infantry to fight for every inch of ground to Cemetery Ridge. The Confederate attack crushed the Peach Orchard salient and other parts of the Union line, threatening the left flank of Maj. Gen. George Meade’s army. The command decisions made in and around the Sherfy property influenced actions on every part of the battlefield. The occupation of the high ground at the Peach Orchard helped General Lee rationalize ordering the tragic July 3 assault known as “Pickett’s Charge.”

This richly detailed study is based upon scores of primary accounts and a deep understanding of the terrain. Hessler and Isenberg, both Gettysburg Licensed Battlefield Guides, combine the military aspects of the fighting with human interest stories in a balanced treatment of the bloody attack and defense of Gettysburg’s Peach Orchard.