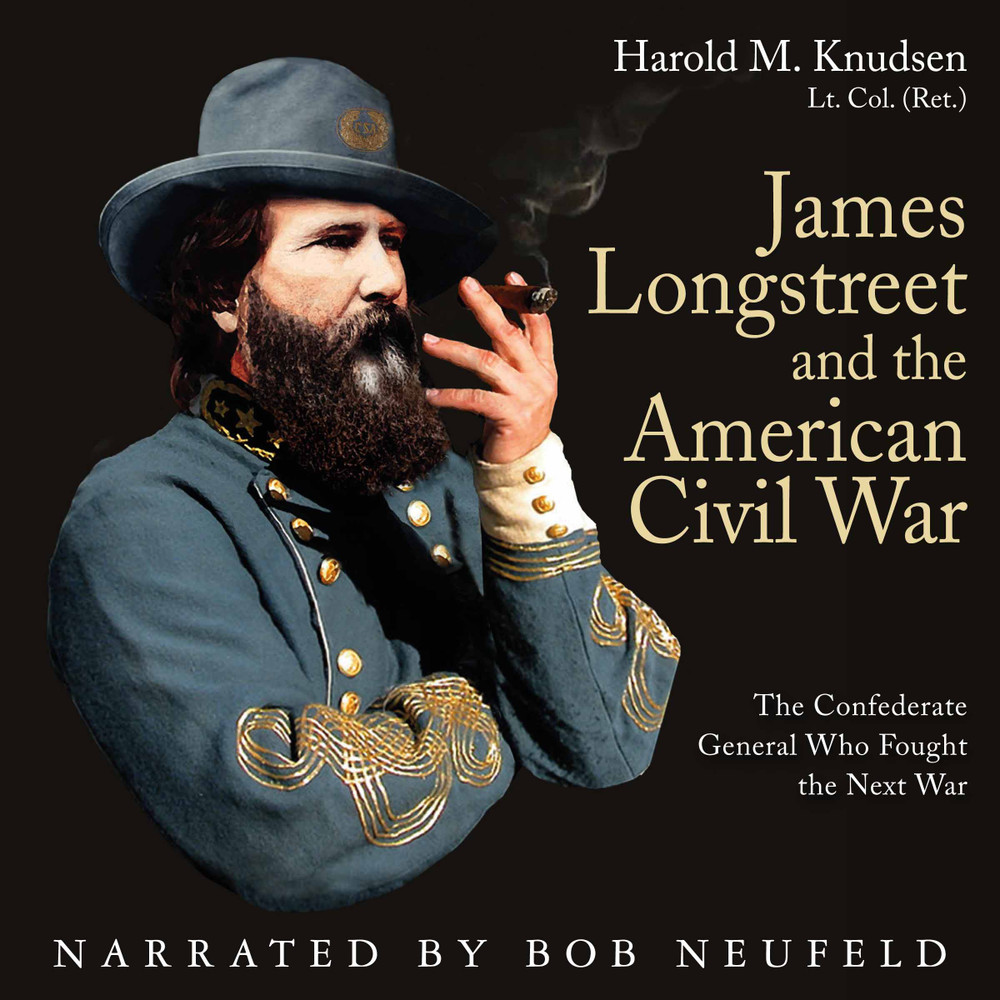 AUDIO - James Longstreet and the American Civil War: The Confederate General Who Fought the Next War

The American Civil War is often called the first “modern war.” Sandwiched between the Napoleonic Wars and World War I, it spawned a host of “firsts” and is considered a precursor to the larger and more deadly 20th century wars. Confederate Gen. James Longstreet made overlooked but profound modern contributions to the art of war. Retired Lt. Col. Harold M. Knudsen explains what Longstreet did and how he did it in James Longstreet and the American Civil War: The Confederate General Who Fought the Next War.

Initially, commanders on both sides extensively utilized Napoleonic tactics that were obsolete because of the advent of the rifled musket and better artillery. Some professional army officers worked to improve tactics, operations, and strategies. On the Confederate side, a careful comparison of Longstreet’s body of work in the field to modern military doctrine reveals several large-scale innovations.

Longstreet understood early that the tactical defense was generally dominant over the offense, which was something few grasped in 1862. Longstreet’s thinking demonstrated a clear evolution that began on the field at First Manassas in July 1861, developed through the bloody fighting of 1862, and culminated in the brilliant defensive victory at Fredericksburg that December. The lethality with which his riflemen and artillery mowed down repeated Union assaults hinted at what was to come in World War I. Longstreet’s ability to launch and control powerful offensives was on display at Second Manassas in August 1862. His assault plan at Chickamauga in Georgia the following September was similar, if not the forerunner to, World War II tactical-level German armored tactics. Other areas show progressive applications with artillery, staff work, force projection, and operational-level thinking.

Longstreet was not the sole agent of modern change away from the Napoleonic method, but his contributions were significant and executed on a large scale. They demonstrated that he was a modern thinker unparalleled in the Confederate Army.

This book draws heavily upon 20th century U.S. Army doctrine, field training, staff planning, command, and combat experience and is the first serious treatment of Longstreet’s generalship vis-a-vis modern warfare. Not everyone will agree with Knudsen’s conclusions, but it will now be impossible to write about the general without referencing this important study.