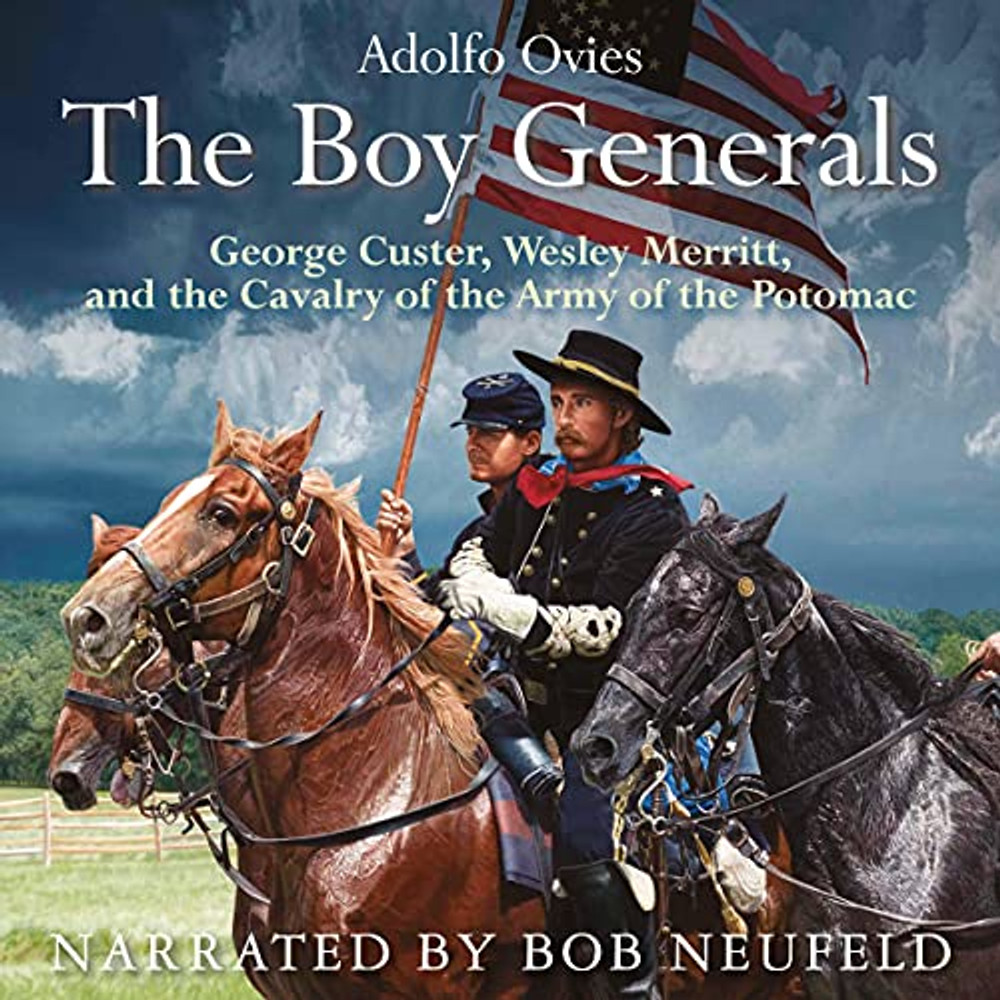 The Boy Generals: George Custer, Wesley Merritt, and the Cavalry of the Army of the Potomac is the first installment in a remarkable trilogy to examine the strategy, tactics, and relationships of the leading Union army’s mounted arm and their influence on the course of the Civil War in the Eastern Theater.

George Armstrong Custer’s career has attracted its fair share of coverage, but most Custer-related studies focus on his decision-making and actions to the exclusion of other important factors, including his relationships with his fellow officers. Custer developed his tactical philosophy within the politically ridden atmosphere of the Army of the Potomac’s Cavalry Corps. His relationship with his immediate superior, Wesley Merritt, was so acrimonious that even Custer’s wife Libbie described him as her husband’s “enemy.”

The Boy Generals examines in detail the steadily deteriorating relationship of two cavalrymen with opposing tactical philosophies, and how this relationship affected events in the field. Custer was a hussar—a firm believer in the shock power of the mounted saber charge—while Merritt was a dragoon, his tactics rooted in the belief that the purpose of the horse was to transport the trooper to the battlefield, where he could fight dismounted with his carbine. With these diametrically opposed belief systems, it was inevitable that these officers would clash. What has often been described as a spirited rivalry was in fact something much darker, an association that moved from initial distaste to acrimony, and finally, outright insubordination on Custer’s part.

Author Adolfo Ovies mined deeply Official Reports, regimental histories, and contemporary newspaper accounts, together with unpublished and little used primary sources of men who fought in their commands. This rich and satisfying study exposes the depths of one of the most dysfunctional and influential relationships in the Army of the Potomac and how it affected cavalry operations in the Eastern Theater.