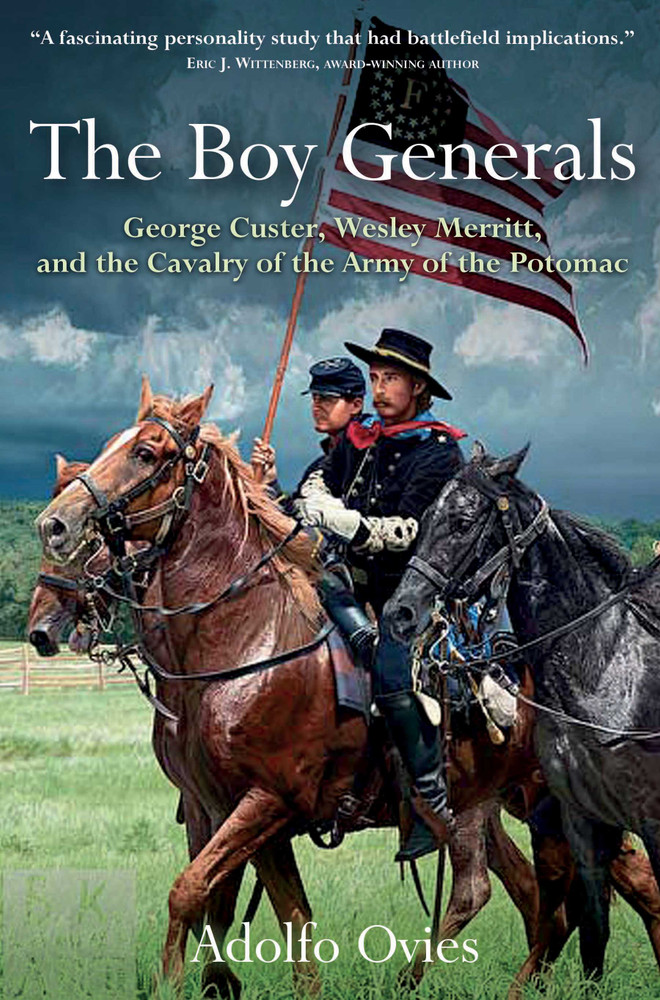 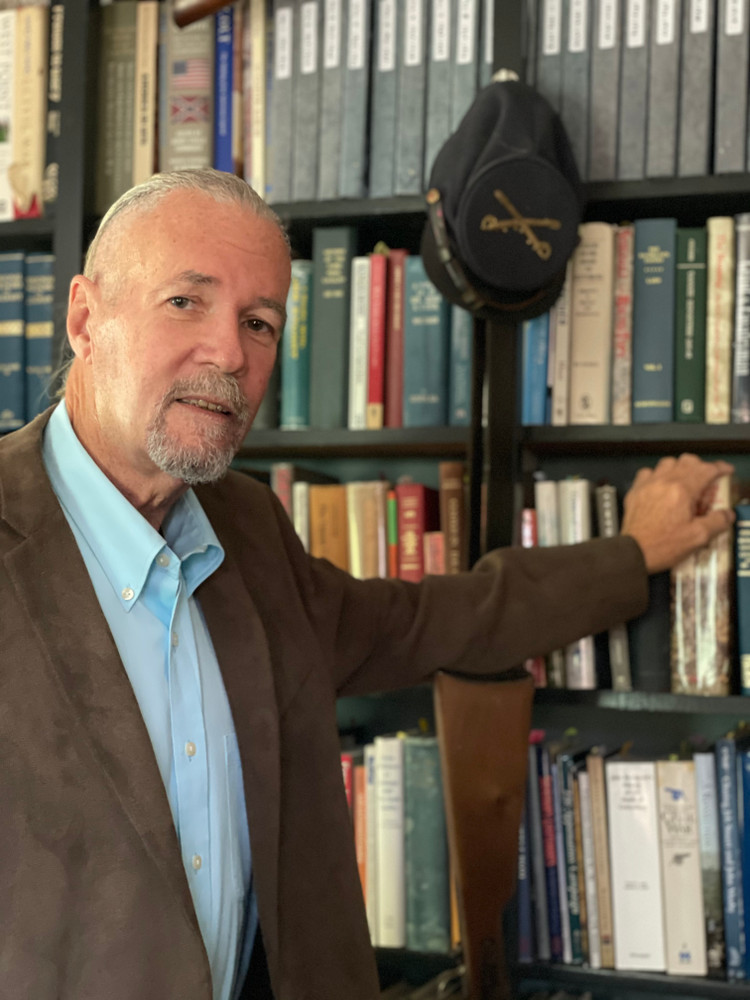 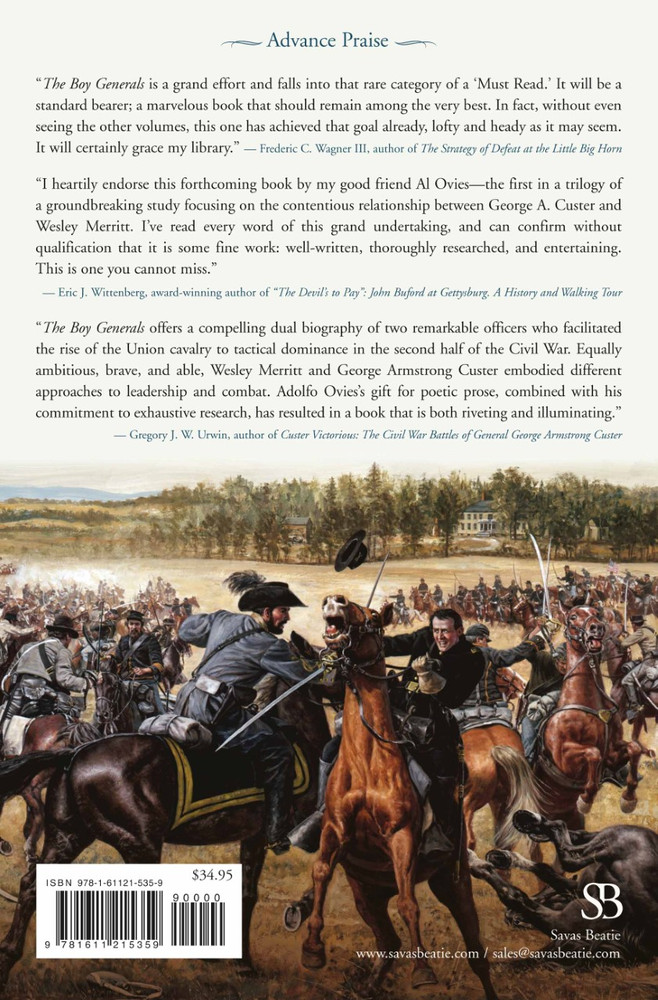 Prologue: Glory Was Their Destiny; Rancor Was Their Legacy

The Boy Generals: George Custer, Wesley Merritt, and the Cavalry of the Army of the Potomac is the first installment in a remarkable trilogy to examine the strategy, tactics, and relationships of the leading Union army’s mounted arm and their influence on the course of the Civil War in the Eastern Theater.

George Armstrong Custer’s career has attracted its fair share of coverage, but most Custer-related studies focus on his decision-making and actions to the exclusion of other important factors, including his relationships with his fellow officers. Custer developed his tactical philosophy within the politically ridden atmosphere of the Army of the Potomac’s Cavalry Corps. His relationship with his immediate superior, Wesley Merritt, was so acrimonious that even Custer’s wife Libbie described him as her husband’s “enemy.”

The Boy Generals examines in detail the steadily deteriorating relationship of two cavalrymen with opposing tactical philosophies, and how this relationship affected events in the field. Custer was a hussar—a firm believer in the shock power of the mounted saber charge—while Merritt was a dragoon, his tactics rooted in the belief that the purpose of the horse was to transport the trooper to the battlefield, where he could fight dismounted with his carbine. With these diametrically opposed belief systems, it was inevitable that these officers would clash. What has often been described as a spirited rivalry was in fact something much darker, an association that moved from initial distaste to acrimony, and finally, outright insubordination on Custer’s part.

Author Adolfo Ovies mined deeply Official Reports, regimental histories, and contemporary newspaper accounts, together with unpublished and little used primary sources of men who fought in their commands. This rich and satisfying study exposes the depths of one of the most dysfunctional and influential relationships in the Army of the Potomac and how it affected cavalry operations in the Eastern Theater.

“The Boy Generals is a grand effort and falls into that rare category of a ‘Must Read.’ It will be a standard bearer; a marvelous book that should remain among the very best. In fact, without even seeing the other volumes, this one has achieved that goal already, lofty and heady as it may seem. It will certainly grace my library.”— Frederic C. Wagner III, author of The Strategy of Defeat at the Little Big Horn

“I heartily endorse this forthcoming book by my good friend Al Ovies—the first in a trilogy of a groundbreaking study focusing on the contentious relationship between George A. Custer and Wesley Merritt. I’ve read every word of this grand undertaking, and can confirm without qualification that it is some fine work: well-written, thoroughly researched, and entertaining. This is one you cannot miss.”— Eric J. Wittenberg, award-winning author of “The Devil’s to Pay”: John Buford at Gettysburg. A History and Walking Tour

“The Boy Generals offers a compelling dual biography of two remarkable officers who facilitated the rise of the Union cavalry to tactical dominance in the second half of the Civil War. Equally ambitious, brave, and able, Wesley Merritt and George Armstrong Custer embodied different approaches to leadership and combat. Adolfo Ovies’s gift for poetic prose, combined with his commitment to exhaustive research, has resulted in a book that is both riveting and illuminating.”— Gregory J. W. Urwin, author of Custer Victorious: The Civil War Battles of General George Armstrong Custer

Adolfo Ovies migrated to the United States from Cuba in June of 1960, making his new home with his grandmother in Connecticut. He was immersed in the New England Yankee culture and flourished as a young historian while attending Fairfield Jesuit Prep School. With Gettysburg just a hop, skip and jump away, Adolfo, at just 10 years old, made his first trip to the battlefield. It turned out to be one of the most impactful moments of his young life. Adolfo was particularly struck by the series of photographs of a dead Confederate sharpshooter lying behind his stone wall, in William Frassanito’s book, Gettysburg: A Journey in Time. It was in the middle of his first tour that Adolfo came upon the same stone wall. He felt the spirit of that Confederate sharpshooter like nothing he had ever felt before. The American Civil War bug had bitten him deeply. The roguish Errol Flynn’s mesmerizing portrayal of Custer in the movie, They Died with Their Boots On, not only captured the elusive nature of Custer’s flamboyant personality but provided Adolfo with an intriguing hero. In spite of the historical inaccuracies in the movie, Flynn’s larger than life characterization merited a more in-depth study of this young general. Adolfo’s book, The Boy Generals: George Custer, Wesley Merritt and the Cavalry of the Army of the Potomac, springs from his life-time passion for the Civil War, and Custer’s role in particular. Adolfo currently resides in Miami, Florida.