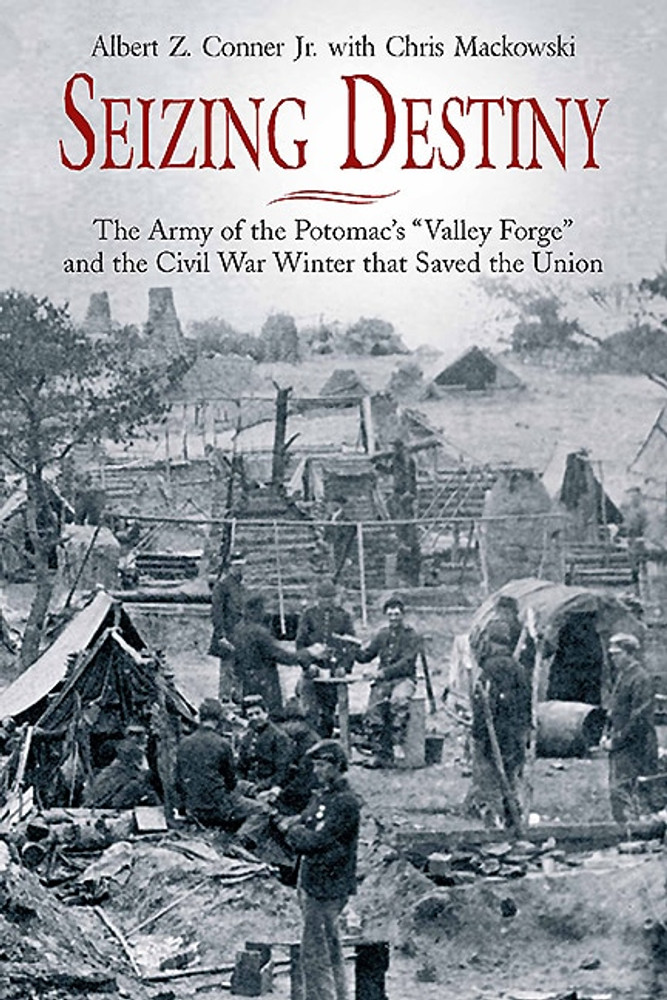 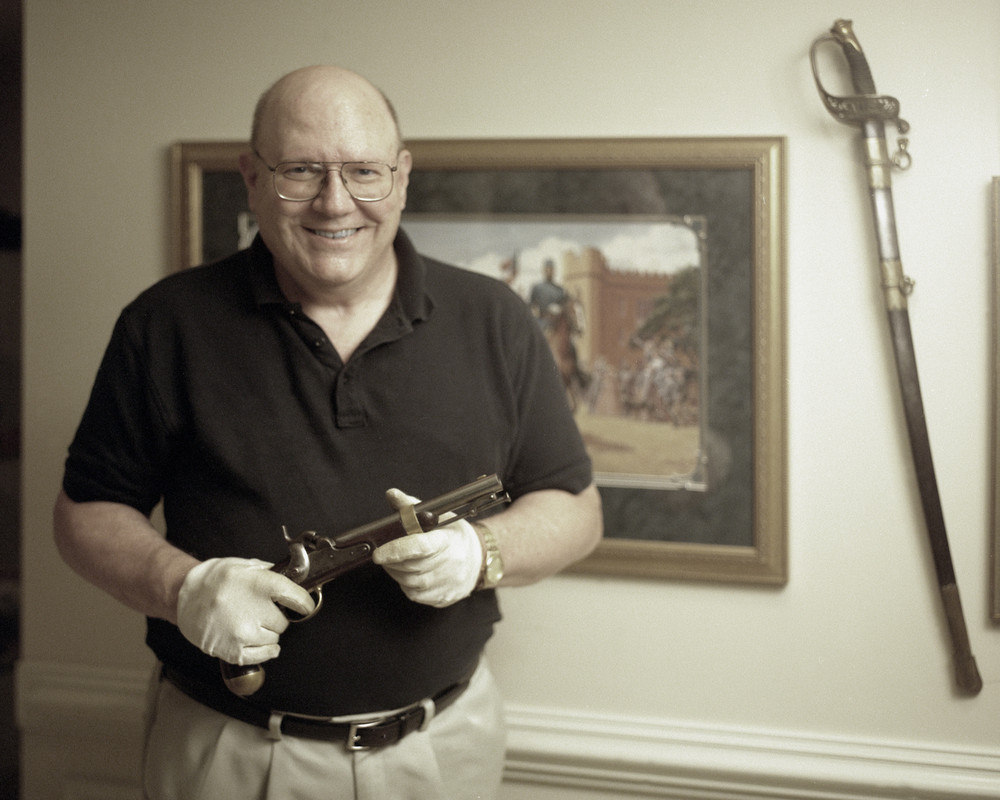 Seizing Destiny: The Army of the Potomac’s “Valley Forge”

Depression. Desertion. Disease. The Army of the Potomac faced a trio of unrelenting enemies during the winter of 1863. Following the catastrophic defeat at the battle of Fredericksburg in December of 1862, the army settled into winter quarters—and despair settled into the army. Morale sank to its lowest level of the war while desertions reached an all-time high. Illness packed the hospitals. Political intrigues, careerist schemes, and harsh winter weather demoralized everyone. Even the army’s livestock suffered, with more than 1,000 horses and mules dying every week.

Major General Joseph Hooker, a pugnacious tactician aptly nicknamed “Fighting Joe,” took command of the army. And then a remarkable thing happened: a man known for his hardscrabble battlefield tenacity showed an amazing brilliance for organization and leadership. With Chief of Staff Dan Butterfield working alongside him, Hooker literally rebuilt the army from the bottom up. In addition to instituting vital logistical, ordnance, and administrative reforms, he insisted on proper troop care and rigorous inspections and battle drills. Hooker doled out promotions and furloughs by merit, conducted large-scale raids, streamlined the army’s command and control, and fielded a new cavalry corps and military intelligence organization.

Hooker’s war on poor discipline and harsh conditions revitalized a dying army and instilled individual and unit pride. During this 93-day resurgence, the Army of the Potomac reversed its fortunes and set itself on the path to ultimate victory. No other American citizen-army at war has engineered a more complete turnaround in the field. Hooker’s achievement represents nothing less than the greatest non-battle turning point since Valley Forge in the American Revolution—a linkage recognized by hundreds of contemporary soldiers and civilian participants. Modern historians, however, have either failed to notice or have made only a passing reference to that link.

Seizing Destiny: The Army of the Potomac’s “Valley Forge” is the first in-depth examination of one of the war’s true crucial turning points, a time when the army nearly dissolved from its own despair even as the nation depended on that body of bayonets to defend the promises implied by the Emancipation Proclamation. Authors Albert Conner and Chris Mackowski ground their research in hundreds of primary sources and let the soldiers speak, from the lowest private to the highest general. The result is a rich and satisfying portrait of an overlooked success story that made Appomattox Court House in 1865 possible.

Here, finally, is the full story of how the citizen-soldiers of the Army of the Potomac overcame adversity, seized their destiny, and saved the nation through leadership, perseverance, patriotism, and faith.

Reviews
"War is tumult, but sometimes changefinds root in the quietude between battles. The chill, mud, defeat, anddepression of the winter of 1862-63 coincided with a white-hot debate about thenature and purpose of the American Civil War. Years of research by Al Connerand a collaborative writing effort with Chris Mackowski bring light and insightto a critical time in the history of the Army of the Potomac, and a time ofdramatic change for our nation."

-- John Hennessy, author of Return to Bull Run: The Campaign and Battle of Second Manassas


"How did the Army of the Potomac, so badly defeated at Fredericksburg in December, 1862 manage to recover its morale, confidence, and fighting strength in the following six months? Here is your answer! This exceptionally well-written study is the result of painstaking research in soldiers' records, diaries, and letters from the huge Federal camps in Stafford County, Virginia. The authors take us right in among the dedicated Union soldiers and their leaders during the long cold winter of 1862-63.  We are witness to the amazing revitalization of the army under the leadership of "Fighting Joe" Hooker. Seizing Destiny is the finest account yet written of the "Valley Forge" of the Army of the Potomac during the Civil War.  It is an absolutely essential addition to your Civil War library."

"Far too often, the actions of the Army of the Potomac take a back seat to those of their adversary, the Army of Northern Virginia. There is no better example than the period between the Confederate victories at Fredericksburg and Chancellorsville. This five-month void in the Army of the Potomac's history has been filled by the splendidly written and superbly researched work by Albert Conner and Chris Mackowski. Conner and Mackowski convincingly argue that there building of Lincoln's principal army was a vital turning point in and ofitself. The authors offer a keen insight and lucid understanding of an often-overlooked aspect of the Civil War's Eastern Theater, while providing anenormously impressive volume on a forgotten period of the conflict."


"From its creation under George McClellan to the surrender at Appomattox, the Army of the Potomac proved itselfas a resilient combat force. At no other point was this determination forged than during the despair of the winter encampment of 1862-1863 followingthe failure at Fredericksburg and the Mud March. Al Conner and Chris Mackowskihave made a superb addition to the scholarship on the Potomac army by examining this overlooked and long-forgotten period in their story. Through quick-paced prose, their narrative recounts the major events of that winter and how it impacted the men who would go on to fight at Gettysburg,Spotsylvania, and Petersburg. Seizing Destiny is an essential study for anyone interested in the Eastern Theater."


"Conner and Mackowski weave a great story on the "rebirth" of the Army of the Potomac in Stafford County in the winter of 1863. Few people understand the depths of despair the army went through and how its transformation led to military and political success for the Union."

Albert Z. Conner Jr., a graduate of the Virginia Military Institute (VMI) and Georgetown University, is a Vietnam combat veteran and career intelligence officer. He has worked as a military historian since 1995. He developed his unique knowledge and analytical skills by studying the armed forces of several nations (including our own). Al has published extensively on multiple aspects of military history. He is a former president of the Fredericksburg Civil War Roundtable and Stafford County Historical Society, advisory board member of the Adams ’71 Center for Military History and Strategic Analysis at VMI, and a volunteer with the Fredericksburg and Spotsylvania National Military Park. He lives in Stafford, Virginia, the scene of this remarkable story. Chris Mackowski, Ph.D., is a professor in the School of Journalism and Mass Communication at St. Bonaventure University in Allegany, New York, and also works with the National Park Service at Fredericksburg and Spotsylvania National Military Park, which includes the Fredericksburg, Chancellorsville, Wilderness, and Spotsylvania battlefields. He has published extensively on the Civil War and is the co-founder of the blog Emerging Civil War (www.emergingcivilwar.com).

"If We Are Striking for Pennsylvania": The Army of Northern Virginia’s and Army of the Potomac’s March to Gettysburg Volume 1: June 3-22, 1863