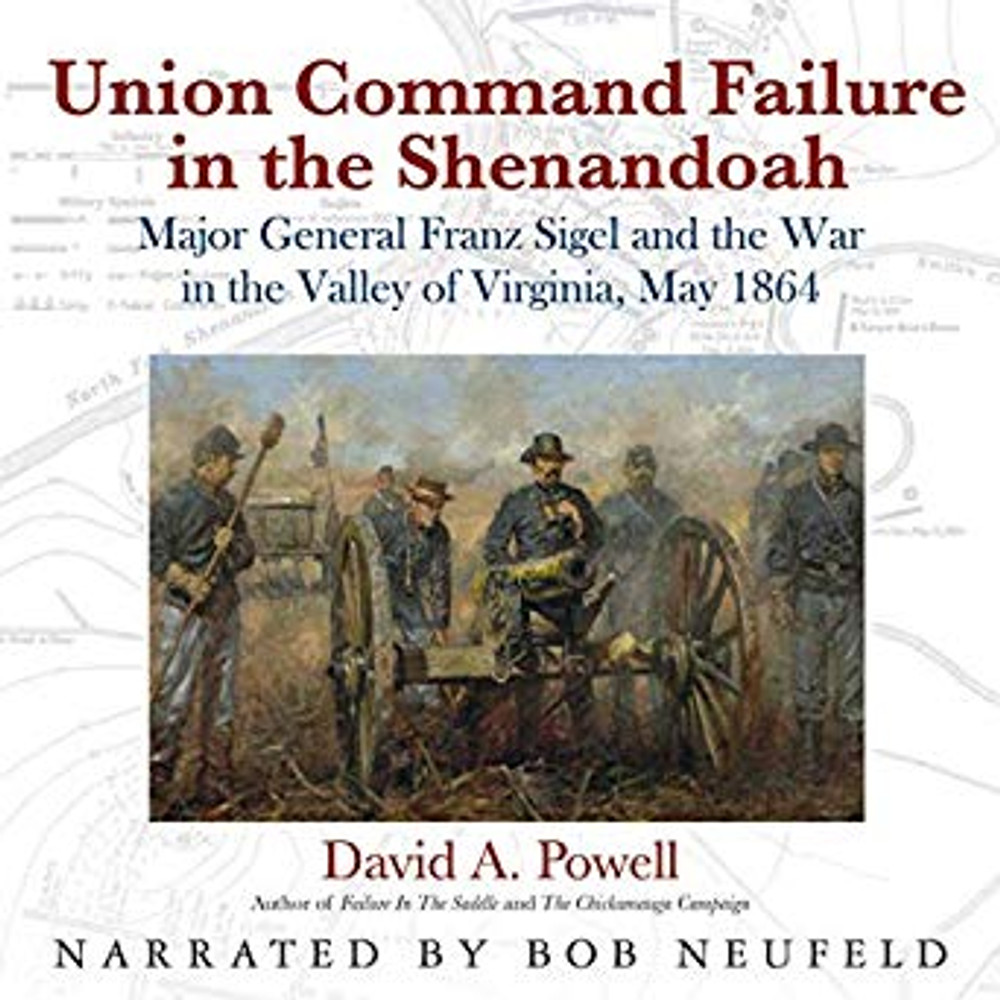 The Battle of New Market in the Shenandoah Valley suffers from no lack of drama, interest, or importance. The ramifications of the May 1864 engagement, which involved only 10,000 troops, were substantial. Previous studies, however, focused on the Confederate side of the story. David Powell’s, Union Command Failure in the Shenandoah: Major General Franz Sigel and the War in the Valley of Virginia, May 1864, provides the balance that has so long been needed.

Union General Ulysses S. Grant regarded a spring campaign in the Valley of Virginia as integral to his overall strategy designed to turn Robert E. Lee’s strategic western flank, deny his Army of Northern Virginia much needed supplies, and prevent other Confederates from reinforcing Lee. It fell to Union general and German transplant Franz Sigel to execute Grant’s strategy in the northern reaches of the Shenandoah while Maj. Gen. George Crook struck elsewhere in southwestern Virginia. Sigel’s record in the field was checkered at best, and he was not Grant’s first choice to lead the effort, but a combination of politics and other factors left the German in command.

Sigel met Confederate Maj. Gen. John C. Breckinridge and his small army on May 15 just outside the crossroads town of New Market. The hard-fought affair hung in the balance until finally the Union lines broke, and Sigel’s Yankees fled the field. Breckinridge’s command included some 300 young men from the Virginia Military Institute’s Corps of Cadets. VMI’s presence and dramatic role in the fighting ensured that New Market would never be forgotten, but pushed other aspects of this interesting and important campaign into the back seat of history.

Award-winning author David Powell’s years of archival and other research provides an outstanding foundation for this outstanding study. Previous works have focused on the Confederate side of the battle, using Sigel’s incompetence as sufficient excuse to explain why the Federals were defeated. This methodology, however, neglects the other important factors that contributed to the ruin of Grant’s scheme in the Valley.

Union Command Failure in the Shenandoah delves into all the issues, analyzing the campaign from an operational standpoint.

Complete with original maps, photos, and the skillful writing readers have come to expect from the pen of David Powell, Union Command Failure in the Shenandoah will satisfy the most demanding students of Civil War history.