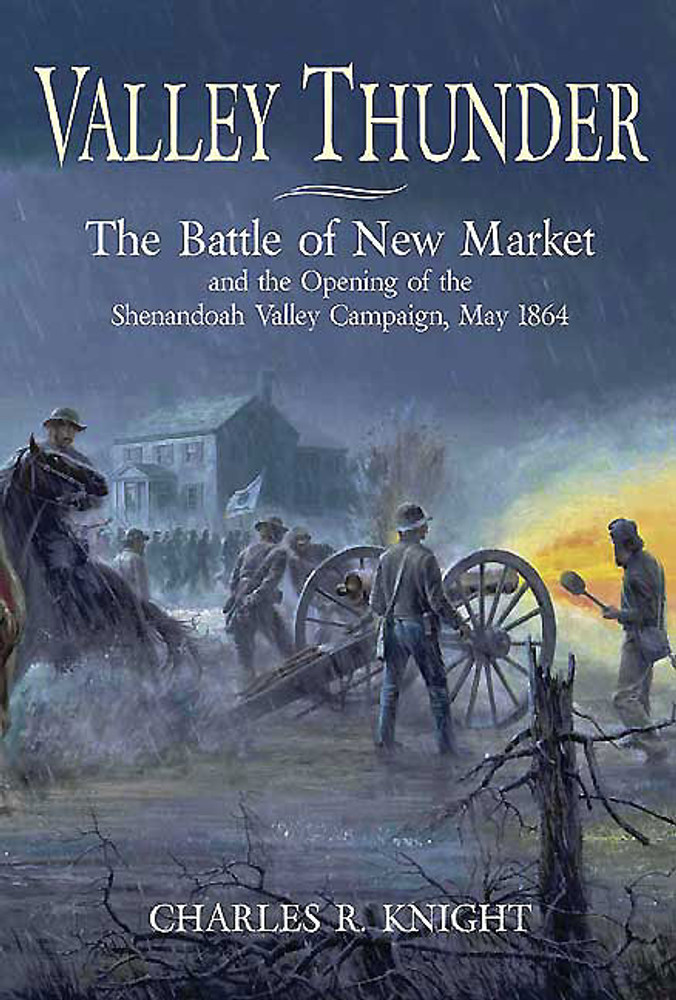 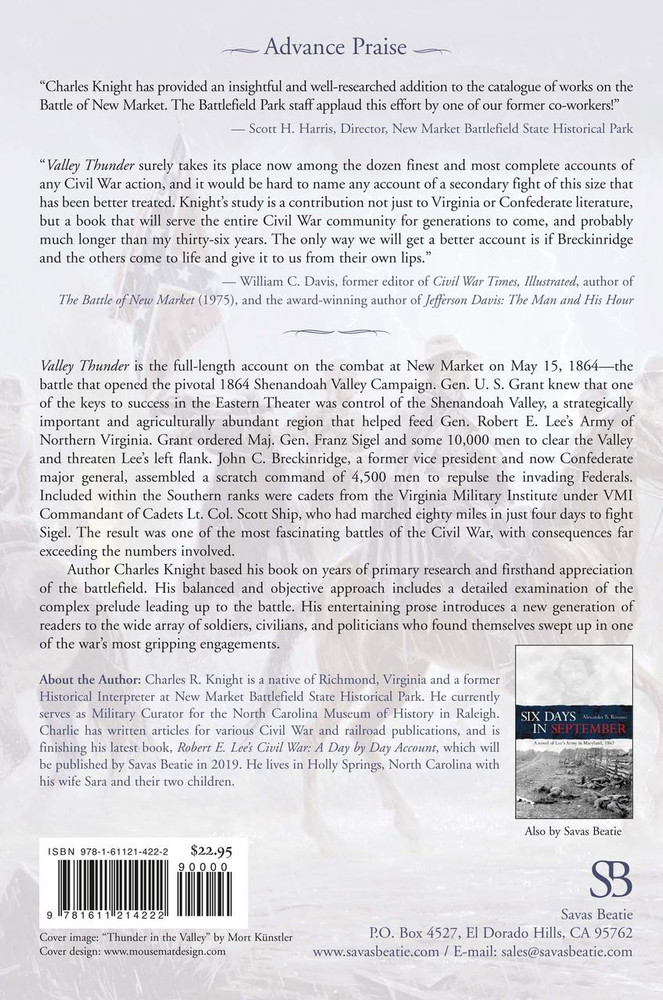 …an essential piece for anyone interested in the smaller engagements of the Civil War. -- Collected Miscellany

Charles Knight has provided an insightful and well-researched addition to the catalogue of works on the Battle of New Market. The Battlefield Park staff applaud this effort by one of our former co-workers! — Scott H. Harris, Director, New Market Battlefield State Historical Park

Valley Thunder surely takes its place now among the dozen finest and most complete accounts of any Civil War action, and it would be hard to name any account of a secondary fight of this size that has been better treated. Knight’s study is a contribution not just to Virginia or Confederate literature, but a book that will serve the entire Civil War community for generations to come, and probably much longer than my thirty-six years. The only way we will get a better account is if Breckinridge and the others come to life and give it to us from their own lips. — William C. Davis, former editor of Civil War Times, Illustrated, author of The Battle of New Market (1975), and the award-winning author of Jefferson Davis: The Man and His Hour

Charles R. Knight is a native of Richmond, Virginia. He is a former Historical Interpreter at New Market Battlefield State Historical Park, and currently serves as the curator of the Douglas MacArthur Memorial. Charlie has written articles for various Civil War and railroad publications, including Blue & Gray, Classic Trains, and NRHS Bulletin. He lives in Norfolk, Virginia, with his wife and son.

'Valley Thunder: The Battle of New Market' is based upon years of primary research and a firsthand appreciation of the battlefield terrain. Knight's balanced and objective approach includes a detailed examination of the complex prelude leading up to the day of battle. His entertaining prose introduces a new generation of readers to a wide array of soldiers, civilians, and politicians who found themselves swept up in one of the war's most gripping engagements. Critique: Detailed, insightful, comprehensive, exceptionally well documented, and featuring eight appendices, eleven battlefield maps, and black/white historical photos, "Valley Thunder: The Battle of New Market" is an essential, core addition to personal, community, college, and university library American Civil War History collections and supplemental studies lists.