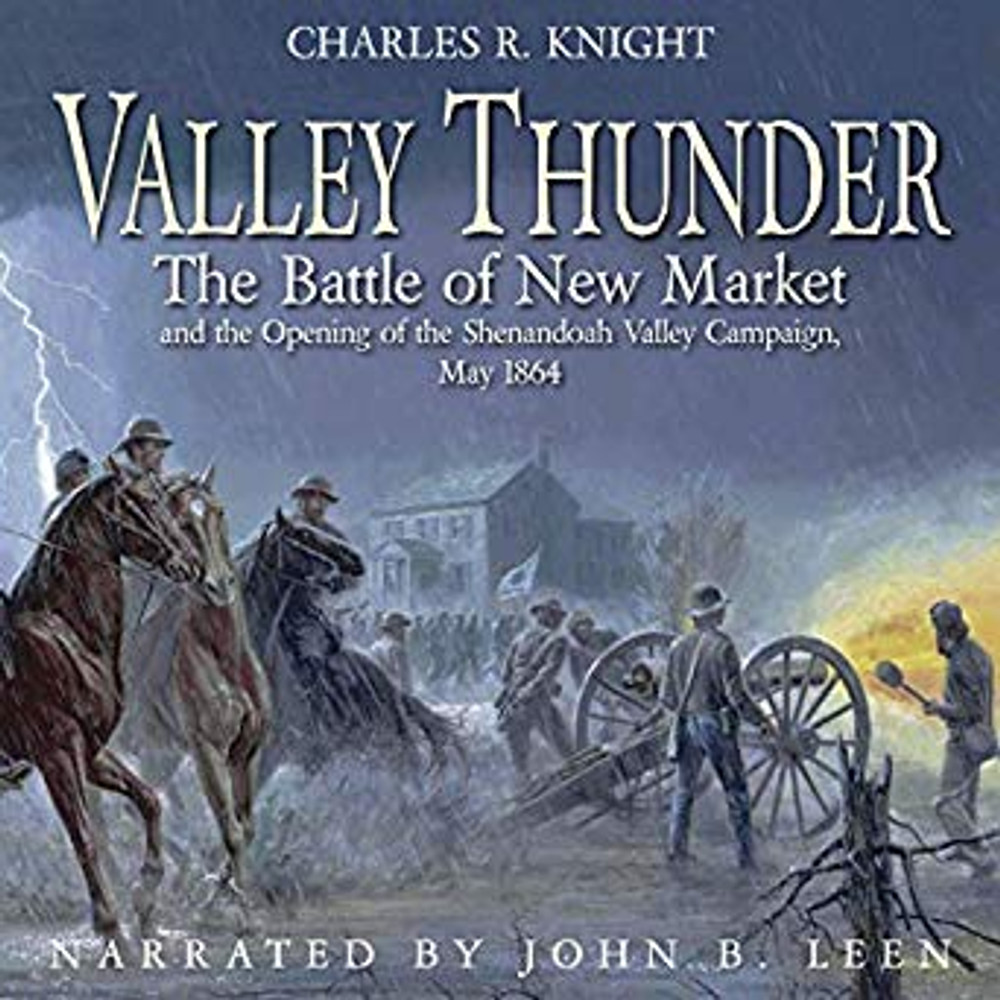 Narrated by John B. Leen

"…an essential piece for anyone interested in the smaller engagements of the Civil War." -- Collected Miscellany

"Charles Knight has provided an insightful and well-researched addition to the catalogue of works on the Battle of New Market. The Battlefield Park staff applaud this effort by one of our former co-workers!" — Scott H. Harris, Director, New Market Battlefield State Historical Park

"Valley Thunder surely takes its place now among the dozen finest and most complete accounts of any Civil War action, and it would be hard to name any account of a secondary fight of this size that has been better treated. Knight’s study is a contribution not just to Virginia or Confederate literature, but a book that will serve the entire Civil War community for generations to come, and probably much longer than my thirty-six years. The only way we will get a better account is if Breckinridge and the others come to life and give it to us from their own lips." — William C. Davis, former editor of Civil War Times, Illustrated, author of The Battle of New Market (1975), and the award-winning author of Jefferson Davis: The Man and His Hour