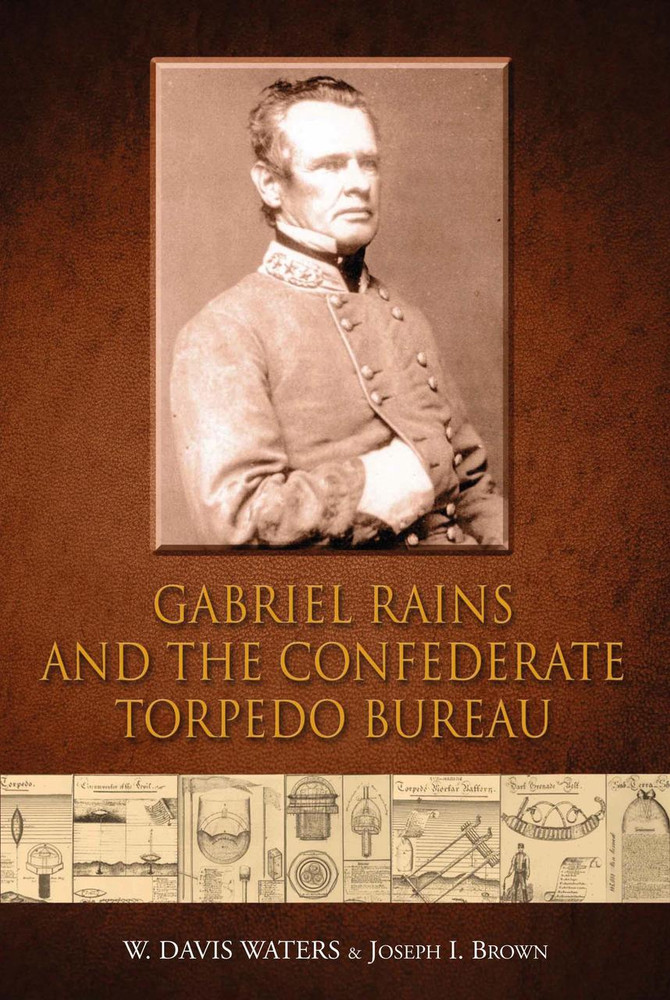 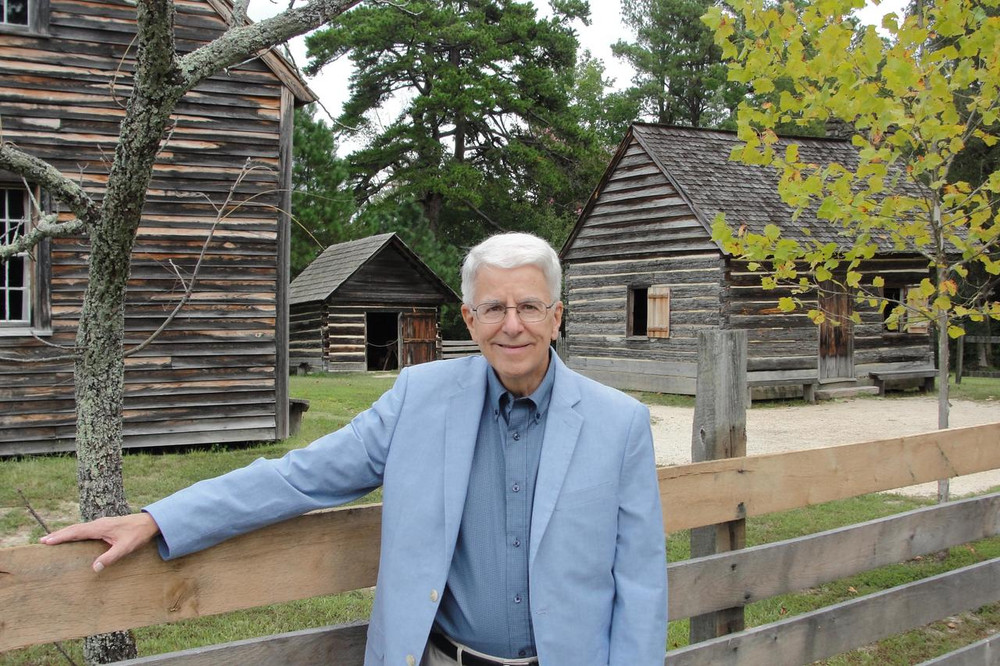 “Ironclads are said to master the world, but torpedoes master the ironclads.” Gabriel J. Rains was a Confederate Brigadier General who was more than a military officer—he was a scientist. His Civil War appointment gave him an opportunity to develop explosives. He invented three mines: the “subterra shell” (land mine), the keg torpedo, and the submarine mortar battery (both naval mines). After the Battle of Seven Pines in 1862, he served the Confederacy in two ways, Superintendent of Conscription and Commander of the Torpedo Bureau. He and his men mined the roads around Jackson and the harbors of Mobile, Savannah, and Charleston. His naval mines sank many ships and were more effective than heavy guns.

In 1864, at the request of President Jefferson Davis, he mined the principal roads leading into Richmond as well as the lines around Fort Harrison. When it came time to evacuate the city, Rains and his family joined the president and cabinet as they traveled by train to Greensboro.

After the war, he earned a patent, prepared a notebook for West Point, and wrote an article on mine warfare. Rains had a significant military career as he introduced a new form of weaponry. To some, he is regarded as the “father of modern mine warfare.”

Gabriel Rains and the Confederate Torpedo Bureau by W. Davis Waters and Joseph I. Brown tells his remarkable story.

“Gabriel Rains and the Confederate Torpedo Bureau is an effective primer (no pun intended) on the history of the Confederate mine service and the godfather role assumed by General Rains, who clearly deserves significant credit for the delayed fall of numerous southern cities essential to maintenance of the Confederate war effort. Recommended.” – Civil War Books and Authors

“This book includes fascinating details about an officer who some might not be familiar with. Now I can see the imprint that Gabriel Rains left not only on the Civil War, but the world as a whole.” – Gettysburg Chronicle

W. Davis Waters was born in Bennettsville, South Carolina and grew up in Hampton, Virginia. In 1972, he received his MA degree at Wake Forest University and that same summer he attended the 13th Annual Seminar for Historical Administrators at Colonial Williamsburg. On the Peninsula, he learned a lot about the Civil War. Waters worked for the North Carolina Department of Cultural Resources for thirty-three years, serving as site manager at Historic Edenton and at Bennett Place. He also wrote articles for historical journals, such as Confederate Veteran, Confederate Generals (edited by William C. Davis), and The North Carolina Historical Review, including one entitled “‘Deception Is the Art of War’: Gabriel J. Rains, Torpedo Specialist of the Confederacy.” In 2005, W. Davis Waters was awarded the Order of the Long Leaf Pine, the highest civilian award bestowed by the Governor, for extraordinary services to the State of North Carolina. Although retired, Waters continues to research and write about history. He lives with his wife Denise in historic Hillsborough, North Carolina. Joseph I. Brown (deceased) earned his MA degree at George Washington University. He worked for the Naval Mine Engineering Facility in Yorktown, Virginia for 31 years. While at the Weapons Station he helped design the MK25, MK52, and MK55 mines, which were used during the Viet Nam War in Hanoi. He also attended the Naval Mine School in Charleston, South Carolina. With his background in shipbuilding, mine warfare, and with the rich Civil War history of the Virginia Tidewater, he naturally became interested in the early history of mine warfare. Brown’s analysis of the original manuscript authored by General G. Rains, which contained numerous drawings, was a most significant and meaningful contribution to this book.