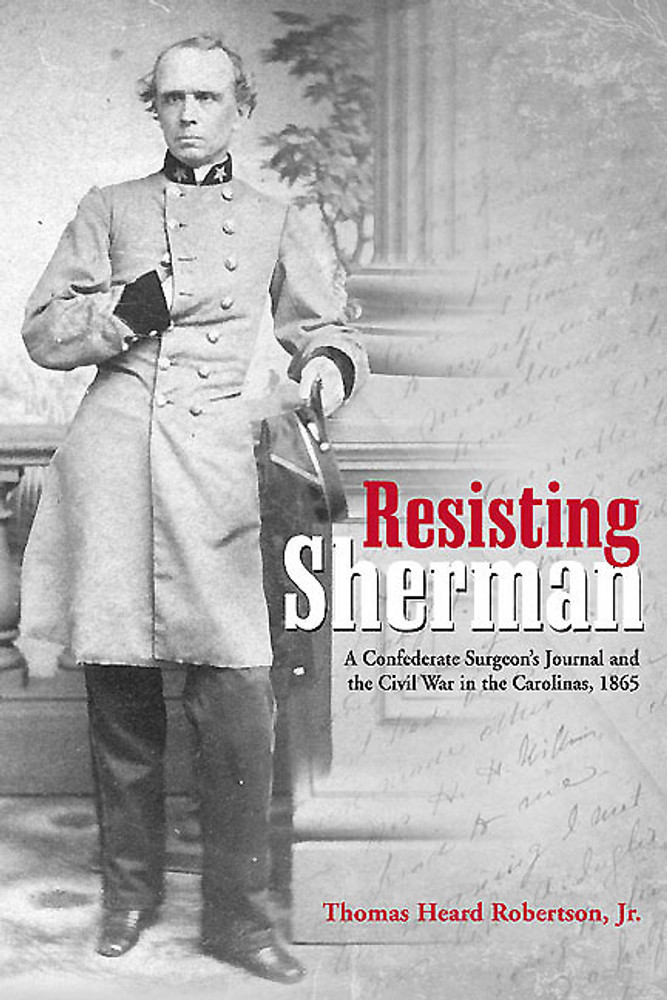 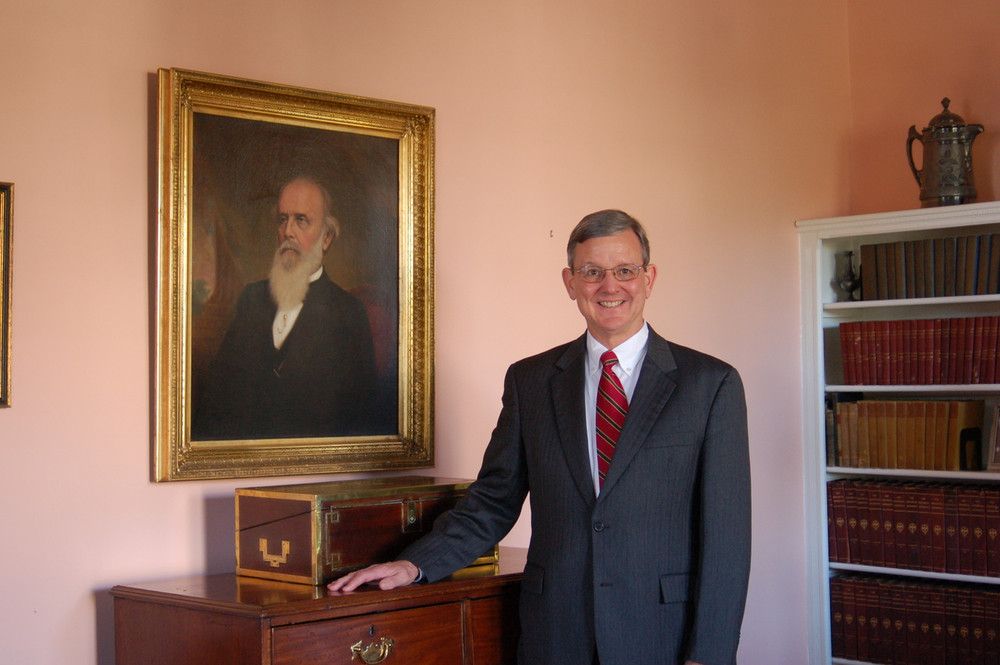 Despite its fascinating cast of characters, host of combats large and small, and its impact on the course of the Civil War, surprisingly little ink has been spilled on the conflict’s final months in the Carolinas. Resisting Sherman: A Confederate Surgeon’s Journal and the Civil War in the Carolinas, 1865, by Francis Marion Robertson (edited by Thomas H. Robertson, Jr.) fills in many of the gaps and adds tremendously to our knowledge of this region and those troubled final days of the Confederacy.

Surgeon Francis Robertson fled Charleston with the Confederate garrison in 1865 in an effort to stay ahead of General Sherman’s Federal army as it marched north from Savannah. The Southern high command was attempting to reinforce General Joseph E. Johnston’s force in North Carolina for a last-ditch effort to defeat Sherman and perhaps join with General Lee in Virginia, or at least gain better terms for surrender. Dr. Robertson, a West Pointer, physician, professor, politician, patrician, and Presbyterian with five sons in the Confederate army, kept a daily journal for the final three months of the Civil War while traveling more than 900 miles through four states. His account looks critically at the decisions of generals from a middle ranking officer’s viewpoint, describes army movements from a ground level perspective, and places the military campaign within the everyday events of average citizens suffering under the boot of war.

Editor and descendant Thomas Robertson followed in his ancestor’s footsteps, conducting exhaustive research to identify the people, route, and places mentioned in the journal. Sidebars on a wide variety of related issues include coverage of politics and the Battle of Averasboro, where one of the surgeon’s sons was shot. An extensive introduction covers the military situation in and around Charleston that led to the evacuation described so vividly by Surgeon Robertson, and an epilogue summarizes what happened to the diary characters after the war.

“…fills in many of the gaps and adds tremendously to our knowledge of this region and those troubled final days of the Confederacy… An invaluable contribution to the growing body of American Civil War literature, "Resisting Sherman" is an incredibly valuable and informative read that will have special appeal to Civil War buffs.” (Midwest Book Review)

“Dr. Robertson’s journey offers important insight into the final months of the war from the viewpoint of a prominent member of South Carolina’s medical community, and all Civil War historians will find it instructive. . . . a strong addition to the ever-growing collection of Confederate wartime journals.” – The South Carolina Historical Magazine

“Thomas H. Robertson’s book about the Civil War diary of his great-great-grandfather, Dr. Francis Marion Robertson, reveals the intricacies of war as could only be told by one who was in the middle of it. The diary, written over a three month period leading up to the evacuation of Charleston at the end of the war, describes the daily ordeals of a surgeon while the author provides in-depth footnotes that supply even more information. The book is an enjoyable read and should be added to every Civil War enthusiast’s library.” (William J. Morton, MD, author of The Story of Georgia’s Boundaries)

“Robertson’s diary is an excellent chronicle of the last days of the war in the Carolinas from the eyes of a Confederate surgeon. As Robertson makes his way across South Carolina and into North Carolina in front of William T. Sherman’s invading army, he provides vivid insights into the places along his route. His story brings alive the trials of a people trying to cope with everyday life as the Confederacy slowly disintegrated around them. Thomas H. Robertson’s skillful editing makes the story come alive. This is a must-read for anyone interested in the social conditions in the Carolinas in early 1865 and the Confederate army’s closing battle for independence.” (Anne J. Bailey, author of The Chessboard of War: Sherman and Hood in the Autumn of 1864 and War and Ruin: William T. Sherman and the Savannah Campaign and editor of Society of Civil War Historians Newsletter)

“Coming from the pen of a fascinating American character and written as the Confederacy teetered on the brink of destruction, Francis Marion Robertson’s journal provides unique perspective and fresh insight into an often neglected episode of the Civil War. Tom Robertson delivers a wealth of supplemental detail and heretofore unpublished images that make Resisting Sherman more than just a valuable contribution to our historical narrative. Resisting Sherman conveys Dr. Robertson’s personal sense of urgency over military, political, and family matters in a poignant account that is eminently readable and satisfying.” (C. L. Bragg, MD, author of Crescent Moon over Carolina: William Moultrie and American Liberty and co-author of Never for Want of Powder: The Confederate Powder Works in Augusta, Georgia)

"The organization of this book could not be better. . . . An excellent presentation of an interesting period of the War. Recommended without reserve." - Confederate Veteran

Tom Robertson is a direct descendant of Surgeon Francis M. Robertson. He is president of Cranston Engineering Group, P.C. of Augusta, Georgia, where he practices civil engineering, city planning, and land surveying, and is an active historic preservationist, having restored four landmark buildings in the city. Mr. Robertson was instrumental in the designation of the Augusta Canal National Heritage Area, testifying four times before Congressional committees to make it happen. He has received numerous awards for waterfront planning and design, community service, and a lifetime achievement award in historic preservation. Tom is the author of several published papers, and is a popular speaker on a wide variety of engineering and historical subjects. Resisting Sherman is his first full-length book.