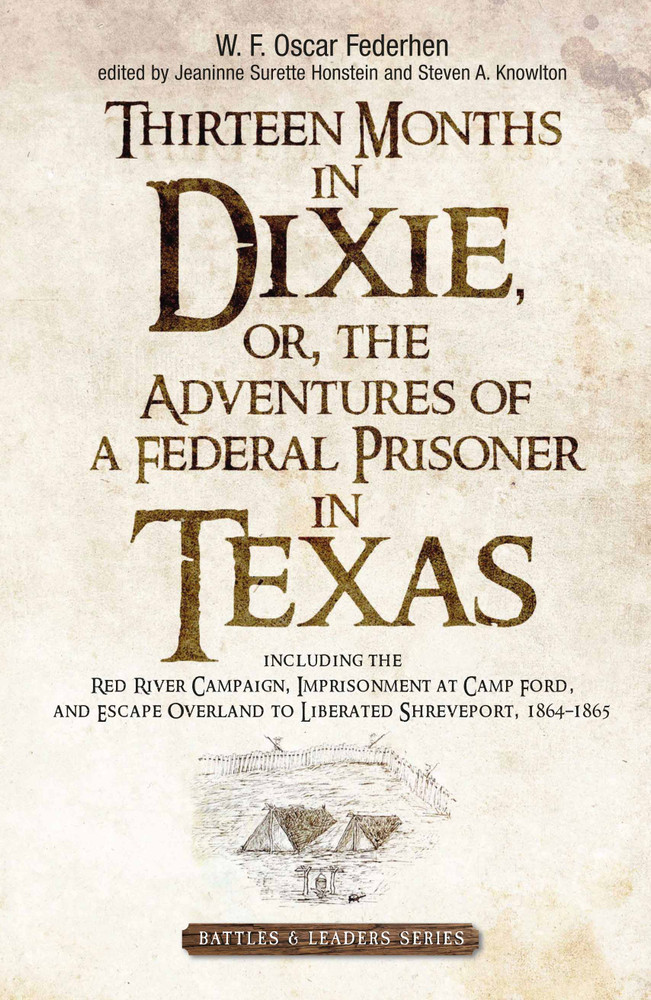 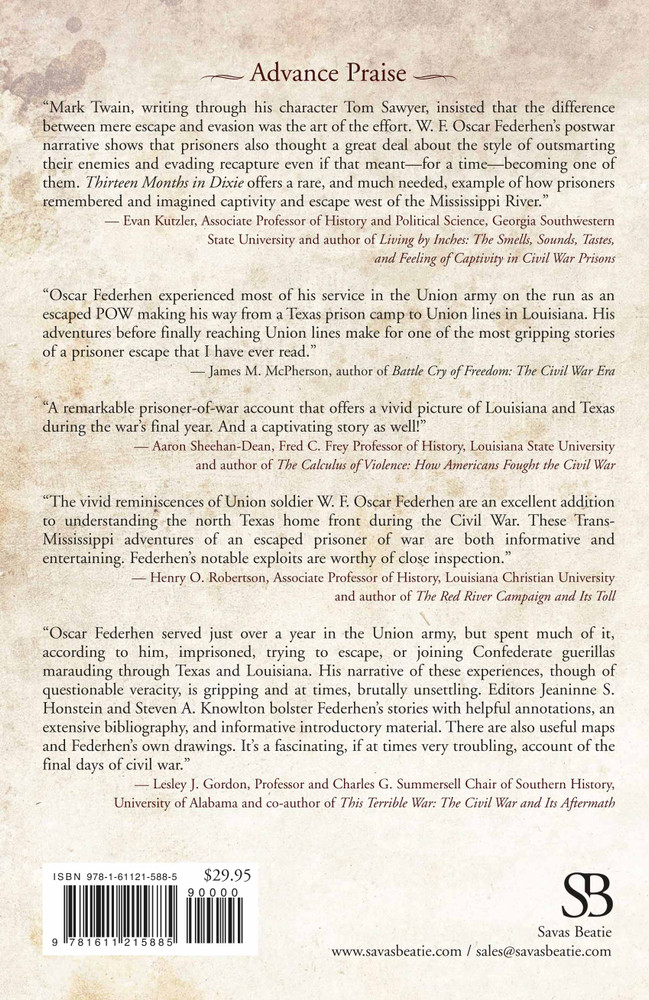 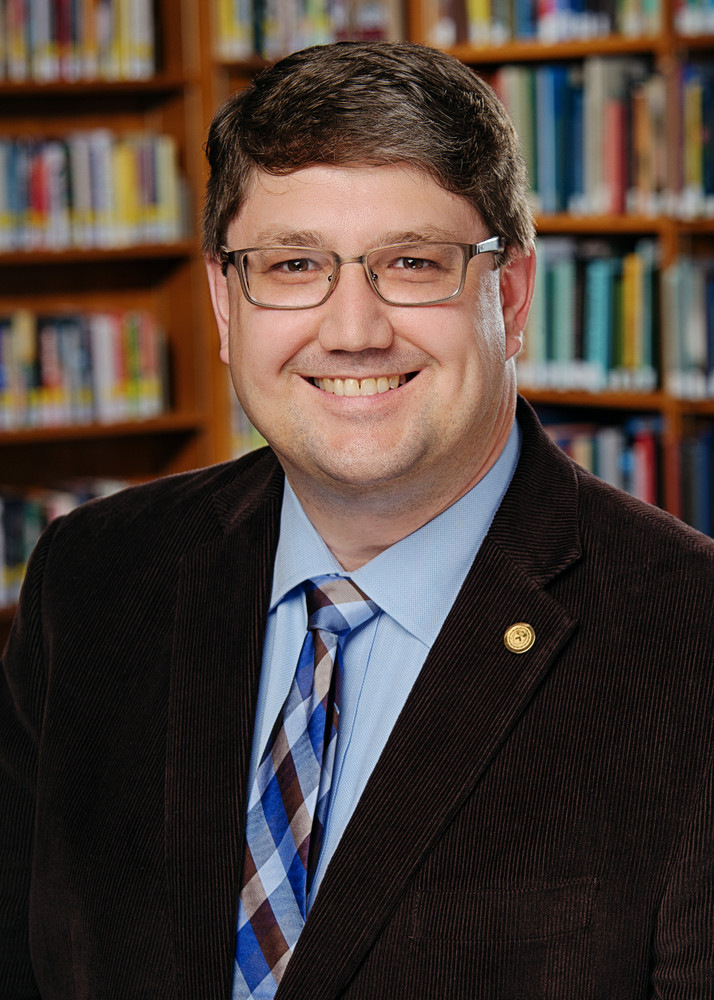 Thirteen Months in Dixie, or, the Adventures of a Federal Prisoner in Texas: Including the Red River Campaign, Imprisonment at Camp Ford, and Escape Overland to Liberated Shreveport, 1864-1865

Thirteen Months in Dixie tells a rollicking tale of adventure, captivity, hardship, and heroism during the last year of the Civil War—in the protagonist’s own words. After being hidden away for decades as a family heirloom, the incredible manuscript is finally available, annotated and illustrated, for the first time.

Oscar Federhen was a new recruit to the 13th Independent Battery, Massachusetts Light Artillery, when he shipped out to Louisiana in the spring of1864 to participate in the Red River Campaign. Not long after his arrival at the front, a combination of ill-luck and bad timing led to his capture. Federhen was marched overland to Tyler, Texas, where he was held as a prisoner of war in Camp Ford, the largest POW camp west of the Mississippi River.

Thirteen Months in Dixie recounts Federhen’s always thrilling and occasionally horrifying ordeals as a starving prisoner. The captured artillerist tried his hand at escaping several times and faced sadistic guards and vicious hounds before finally succeeding. But his ordeal was just beginning. The young soldier faced a series of challenges as he made his way cross-country through northeast Texas to reach Union lines. Federhen had to dodge regular Confederates, brigands, and even Comanches in his effort to get home. He rode for a time with Rebel irregular cavalry, during which he witnessed robberies and even cold-blooded murder. When he was recaptured and thought to be a potential deserter, he escaped yet again and continued his bid for freedom.

Federhen wrote his recollections in lively engaging style not long after the war, but they sat unpublished until Jeaninne Surette Honstein and Steven Knowlton carefully transcribed and annotated his incredible manuscript. Numerous illustrations grace the pages, including two from Federhen’s own pen.

Thirteen Months in Dixie is not only a gripping true story that would have otherwise been lost to history, but a valuable primary source about the lives of Civil War prisoners and everyday Texans during the conflict.

“W. F. Oscar Federhen’s memoir paints a vivid picture of imprisonment in Texas, a state often overshadowed by more famous eastern military prisons in the Eastern and Western Theaters. Federhen’s account of the hardships experienced in several Texas prisons, his defiance against recapture through repeated escapes, and his eventual reunification with his unit reveal how Union prisoners of war continued to fight the Confederacy on their own terms despite confinement.” — Angela Zombek, Assistant Professor of History, University of North Carolina Wilmington and the author of Penitentiaries, Punishment, and Military Prisons: Familiar Responses to an Extraordinary Crisis during the American Civil War
“Accounts from POWs in the Trans-Mississippi are rare. Oscar Federhen’s memoir of his adventures during his escape from Camp Ford, Texas, is a compelling read that guides us through the wild-animal and guerrilla-infested Texas countryside, where families hid their true loyalties and escaped prisoners did almost anything to survive.  Federhen told his story well, and this book brings to light one of the best examples of the postwar genre of prisoner adventure narratives.”  — Lorien Foote, Patricia & Bookman Peters Professor of History, Texas A&M University and author of Yankee Plague: Escaped Union Prisoners of War

“Mark Twain, writing through his character Tom Sawyer, insisted that the difference between mere escape and evasion was the art of the effort. W. F. Oscar Federhen’s postwar narrative shows that prisoners also thought a great deal about the style of outsmarting their enemies and evading recapture even if that meant—for a time—becoming one of them. Thirteen Months in Dixie offers a rare, and much needed, example of how prisoners remembered and imagined captivity and escape west of the Mississippi River.” - Evan Kutzler, Associate Professor of History and Political Science, Georgia Southwestern State University and author of Living by Inches: The Smells, Sounds, Tastes, and Feeling of Captivity in Civil War Prisons

“Oscar Federhen experienced most of his service in the Union army on the run as an escaped POW making his way from a Texas prison camp to Union lines in Louisiana. His adventures before finally reaching Union lines make for one of the most gripping stories of a prisoner escape that I have ever read.” - James M. McPherson, author of Battle Cry of Freedom: The Civil War Era

“A remarkable prisoner-of-war account that offers a vivid picture of Louisiana and Texas during the war’s final year. And a captivating story as well!”

“The vivid reminiscences of Union soldier W. F. Oscar Federhen are an excellent addition to understanding the north Texas home front during the Civil War. These Trans-Mississippi adventures of an escaped prisoner of war are both informative and entertaining. Federhen’s notable exploits are worthy of close inspection.”

— Henry O. Robertson, Associate Professor of History, Louisiana Christian University and author of The Red River Campaign and Its Toll

“Oscar Federhen served just over a year in the Union army, but spent much of it, according to him, imprisoned, trying to escape, or joining Confederate guerillas marauding through Texas and Louisiana. His narrative of these experiences, though of questionable veracity, is gripping and at times, brutally unsettling. Editors Jeaninne S. Honstein and Steven A. Knowlton bolster Federhen’s stories with helpful annotations, an extensive bibliography, and informative introductory material. There are also useful maps and Federhen’s own drawings. It’s a fascinating, if at times very troubling, account of the final days of civil war.”

— Lesley J. Gordon, Professor and Charles G. Summersell Chair of Southern History, University of Alabama and co-author of This Terrible War: The Civil War and Its Aftermath

Jeaninne Honstein is a conceptual artist based in Princeton, New Jersey. Her paintings, sculpture, photography, and writing are influenced by her perception of history and antiquities. She is pleased to bring the story of her ancestor William Francis Oscar Federhen to the attention of the reading public for the first time. Steven A. Knowlton is Librarian for History and African American Studies at Princeton University. His historical research has been published in many peer-reviewed journals. He is the recipient of the William Driver Award from the North American Vexillological Association and the Marshall Wingfield Award from the West Tennessee Historical Society, and has won the Justin Winsor Library History Essay Award twice. This is his first book