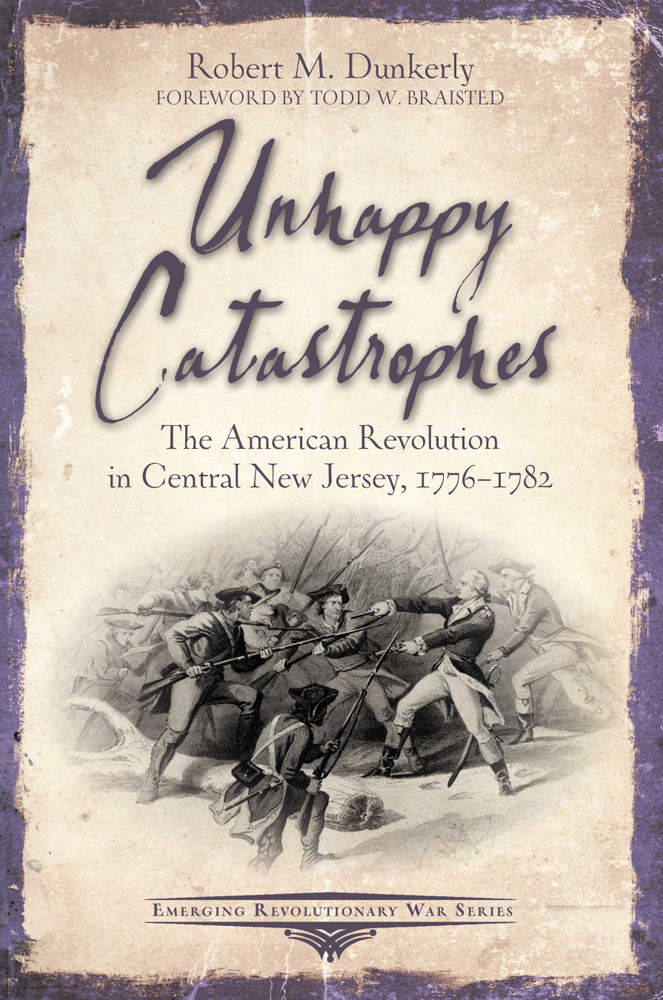 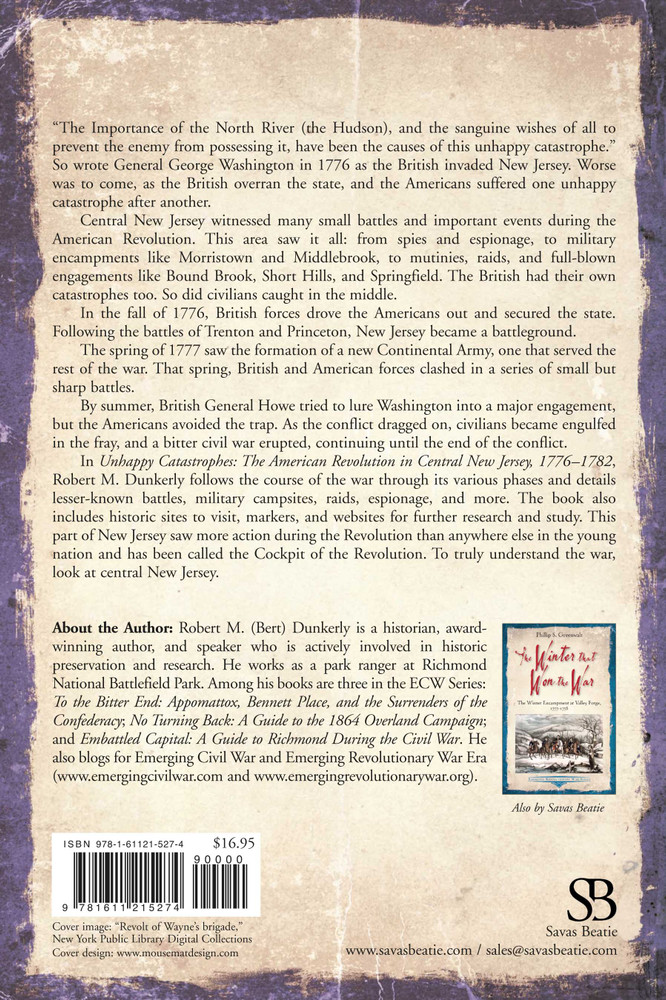 Click HERE to read the Front Matter and Chapter 1

Central New Jersey witnessed many small battles and important events during the American Revolution. This area saw it all: from spies and espionage, to military encampments like Morristown and Middlebrook, to mutinies, raids, and full-blown engagements like Bound Brook, Short Hills, and Springfield. The British had their own catastrophes too. So did civilians caught in the middle.

In the fall of 1776, British forces drove the Americans out and secured the state. Following the battles of Trenton and Princeton, New Jersey became a battleground.

The spring of 1777 saw the formation of a new Continental Army, one that served the rest of the war. That spring, British and American forces clashed in a series of small but sharp battles.

By summer, British General Howe tried to lure Washington into a major engagement, but the Americans avoided the trap. As the conflict dragged on, civilians became engulfed in the fray, and a bitter civil war erupted, continuing until the end of the conflict.

In Unhappy Catastrophes: The American Revolution in Central New Jersey, 1776–1782, Robert M. Dunkerly follows the course of the war through its various phases and details lesser-known battles, military campsites, raids, espionage, and more. The book also includes historic sites to visit, markers, and websites for further research and study. This part of New Jersey saw more action during the Revolution than anywhere else in the young nation and has been called the Cockpit of the Revolution. To truly understand the war, look at central New Jersey.

Robert M. Dunkerly is a historian, award-winning author, and speaker who is actively involved in historic preservation and research. He works as a park ranger at Richmond National Battlefield Park. Among his several books are three in the ECW Series: To the Bitter End: Appomattox, Bennett Place, and the Surrenders of the Confederacy, No Turning Back: A Guide to the 1864 Overland Campaign, and Embattled Capital: Richmond During the Civil War. He also blogs for Emerging Civil War and Emerging Revolutionary War Era (www.emergingcivilwar.com and www.emergingrevolutionarywar.org).