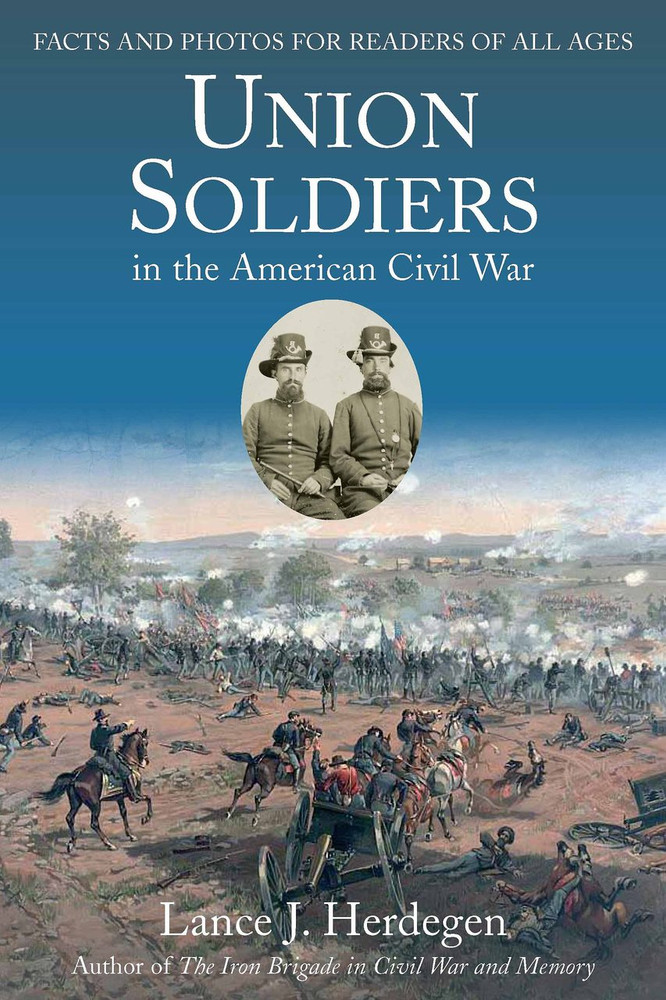 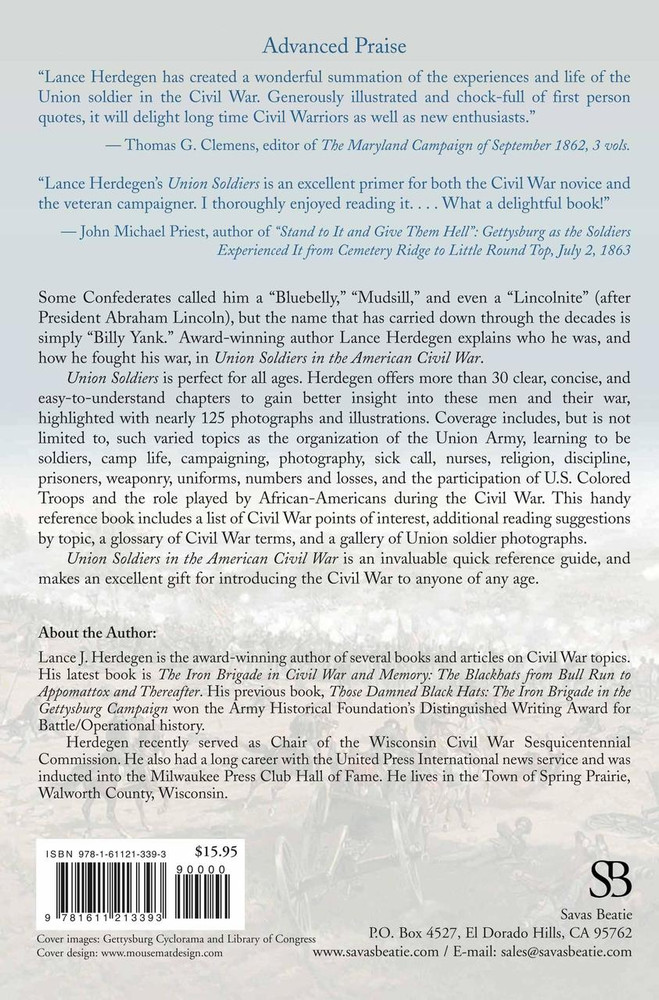 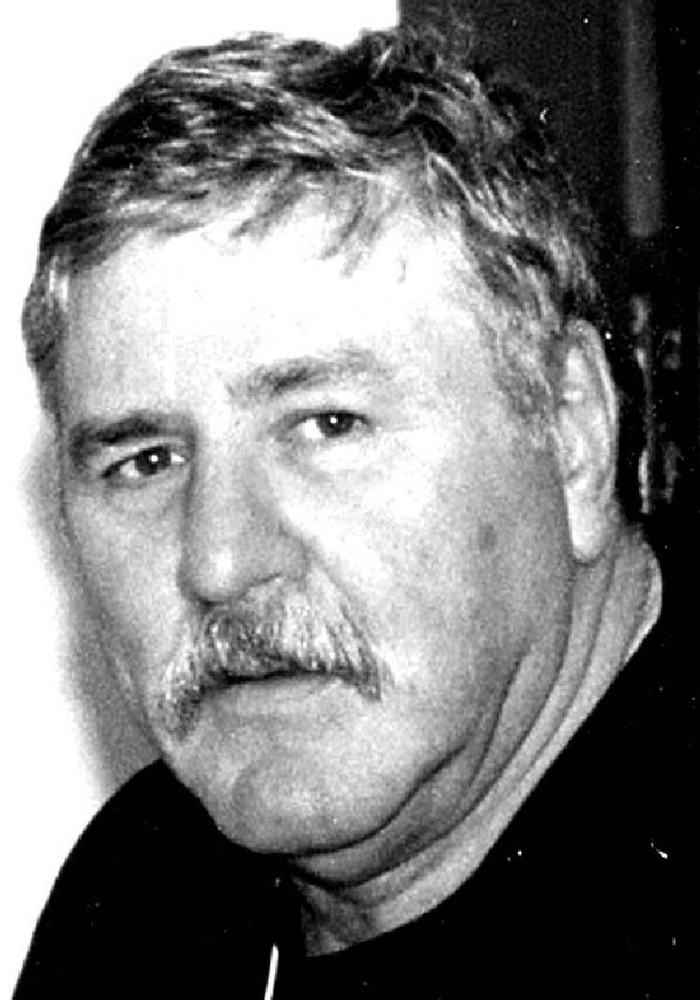 Some Confederates called him a “Bluebelly,” “Mudsill,” and even a “Lincolnite” (for President Abraham Lincoln), but the name that has carried down through the decades is simply “Billy Yank.” Author Lance Herdegen tells his fascinating multi-faceted story in Union Soldiers in the American Civil War.

Union Soldiers offers a complete guide for Civil War enthusiasts of all ages. Herdegen employs nearly 100 photographs coupled with clear and concise prose broken down into short, easy to understand chapters to better understand these men. Coverage includes such varied topics as the organization of the Union Army, learning to be soldiers, winter campaigning, photography, sick call, nurses, religion, discipline, prisoner of war camps, weaponry, uniforms, as well as numbers and losses and the strengths of the various Union armies. It also examines the participation of U.S. Color Troops and the role played by African Americans during the Civil War. This handy reference book includes a list of Civil War points of interest, some bookshelf suggestions, and a glossary of Civil War terms.

Experienced Civil War buffs will find Union Soldiers in the American Civil War an invaluable quick reference guide, and one that makes an excellent gift for introducing the Civil War to anyone of any age.
Reviews
"Herdegen (Into the Bloody Railroad Cut at Gettysburg, 2016) has brought together a wide range of facts and photos in a lively, organized compilation. The concise, well-written descriptions of the lives and everyday activities of ordinary Northern soldiers and sailors will help the reader understand daily life in the Union Army. The 118 black-and-white photos and images, largely from the Library of Congress, further illustrate the impact of the war years on the fighters and their families. An accurate index, suggested readings, and lists of survivors and casualties will make the work of interest to knowledgeable readers as well as novices in public and academic libraries." (Booklist)
Lance Herdegen has created a wonderful summation of the experiences and life of the Union soldier in the Civil War. Generously illustrated and chock-full of first person quotes, it will delight long time Civil Warriors as well as new enthusiasts.
- Thomas G. Clemens, editor of The Maryland Campaign of September 1862, 3 vols.

Lance J. Herdegen is the award-winning author of several books and articles on Civil War topics. His latest book is The Iron Brigade in Civil War and Memory: The Blackhats from Bull Run to Appomattox and Thereafter. His previous book, Those Damned Black Hats: The Iron Brigade in the Gettysburg Campaign, won the Army Historical Foundation’s Distinguished Writing Award for Battle/Operational history. Herdegen recently served as Chair of the Wisconsin Civil War Sesquicentennial. He is also the former Director of the Institute for Civil War Studies at Carroll University and worked as historical consultant for the Civil War Museum of the Upper Middle West at Kenosha, Wisconsin. Herdegen had a long career as a journalist with the United Press International (UPI) news wire service where he covered civil rights and politics. He was recently inducted into the Milwaukee Press Club Hall of Fame. Some of his other honors include The 2016 Nevins-Freeman Award from the Civil War Round Table of Chicago; The Harry S. Truman Award of the Civil War Round Table of Kansas City; and The Iron Brigade Association Award from The Civil War Round Table of Milwaukee. Herdegen lives in the Town of Spring Prairie, Walworth County, Wisconsin.