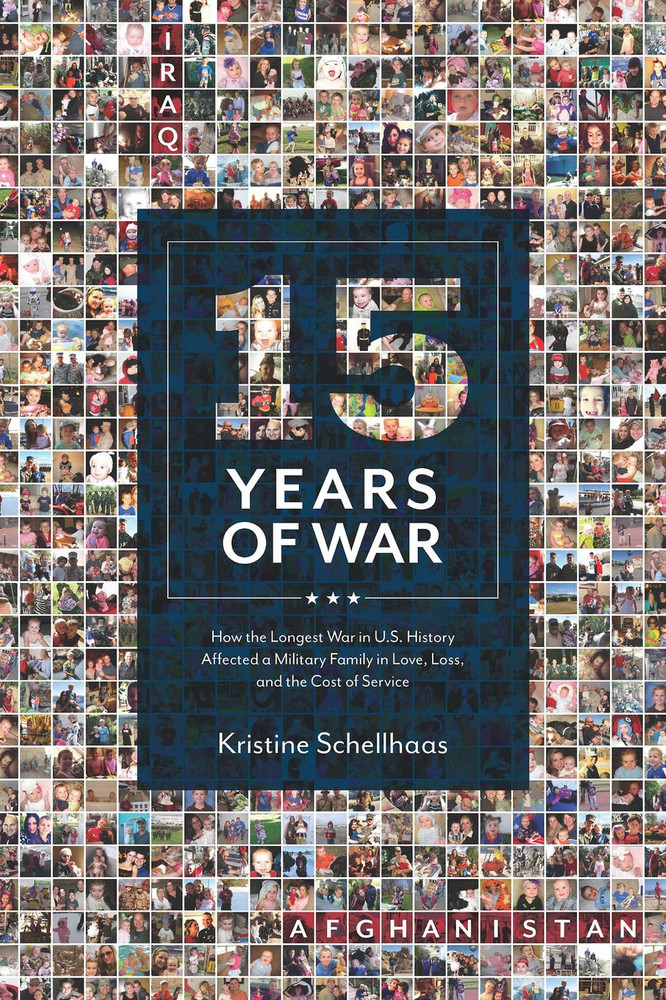 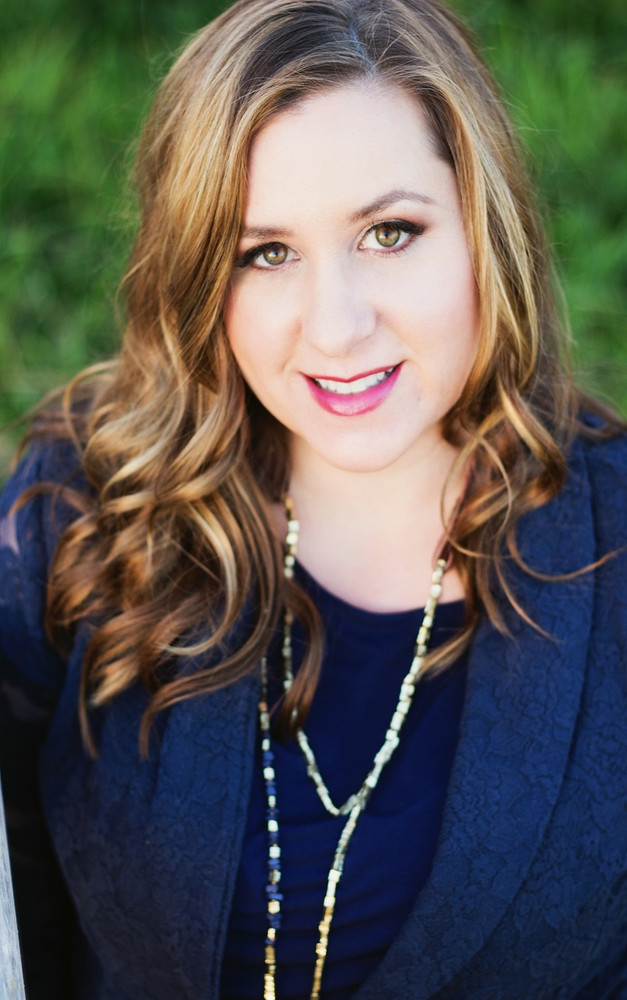 15 Years of War: How the Longest War in U.S. History Affected a Military Family in Love, Loss, and the Cost of Service

Less than 1% of our nation will ever serve in our armed forces, leaving many to wonder what life is really like for military families.

He answers the call of duty in Afghanistan, Iraq, and the Pacific; she keeps the home fires burning. Worlds apart, and in the face of indescribable grief, their relationship is pushed to the limits.

15 Years of War: How the Longest War in U.S. History Affected a Military Family in Love, Loss, and the Cost Of Service provides a unique he said/she said perspective on coping with war in modern-day America. It reveals a true account of how a dedicated Marine and his equally committed spouse faced unfathomable challenges and achieved triumph, from the days just before 9/11 through 15 years of training workups, deployments, and other separations.

This story of faith, love, and resilience offers insight into how a decade and a half of war has redefined what it means to be a military family.
Reviews
"From the outside, the military families of the longest war in our nation's history can appear perfect and almost fairytale-like. The Schellhaas family are a shining example of the best of those families. Because they are brave and strong and yes, resilient. But that doesn't mean that those smiles of determination and dedication don't mask tears and struggle and consequences. Sacrifice. Such an easy and overly used word that few can truly comprehend.

The wife of a hard-core Marine, Kristine Schellhass' memoir beautifully showcases the unique meaning of true sacrifice behind the grace and smiles. In her powerful voice, she allows readers a glimpse into her family through all too familiar to the 1% who serve, the stories of deployment and separation and both the toll and appreciation for each other that this war has left. Her stories, the letters between husband and wife that she shares; these are the legacy of this generation of warriors and their equally all-in families.

Kristine Schellhaas is a beautiful and transcendent voice of truth and consequence, and her memoir, 15 Years of War, should be required reading for every American who wants to understand just exactly what they have asked of the chosen 1%. A must read." -- Angela Ricketts, author of No Man's War: Irreverent Confession of an Infantry Wife, Counterpoint Press, 2014

5 Stars: This is a potent reminder of the sacrifices and struggles that dedicated men and women make on behalf of their nations.

In the tough-minded but open-hearted memoir 15 Years of War, the wife of a US Marine shows what it takes to build and maintain a strong family life with a soldier whose life and body are always on call for military deployment.

Kristine and Ross Schellhaas married in May 2002. He was a lieutenant in the US Marine Corps, fresh out of training, and the timing of their wedding guaranteed that their married life would involve long periods of separation during which he would be thousands of miles away in Iraq or Afghanistan, facing combat and the constant threat of ambush, while she dealt with the difficulties of life on the home front.

Though most of the text belongs to Kristine, around a third of it is derived from her husband and involves his firsthand accounts of his experiences in training and on the battlefield. In alternating chapters, the couple relate the high and low points they experienced separately and together. Both are brutally honest about the difficulties they have encountered. In Ross's chapters, combat casualties are described with ruthless clarity. So is the searing regret he feels when a moment of inattention leads to an unexpected tragedy at home. In Kristine's, the frustrations of dealing with the limitations of spartan, sometimes dilapidated military base facilities are added to the day-to-day difficulties of raising children, working with uncooperative relatives, and dealing with personal grief and loneliness while "her Marine" is on the other side of the world. The love they feel for each other is tangible in their emails and other communications; so is the deep frustration and longing caused by separation.

It's also evident throughout the book how much strength and support both of the Schellhaases drew, during their periods of involuntary separation, from the comrades and neighbors who were their everyday companions. For him, battlefield camaraderie not only relieved loneliness but increased the chances for personal survival and the successful completion of his unit's missions. For her, participation in family volunteer organizations such as the Key Volunteer Network provided a sense of personal involvement and emotional support. Later, Schellhaas created the website USMCLife.com to continue providing guidance and support to military families facing the same situations she and her husband had faced.

15 Years of War is a frank description of what it takes for a spouse and family to support a soldier. The Schellhaases' story is deeply personal and unique, but it will resonate with other families, both civilian and military. For young military families, 15 Years of War offers a road map to military life, and for those who do not have a family member in military service, it is a potent reminder of the sacrifices and struggles that dedicated men and women make on our behalf.  --Forward Clarion Reviews

15 Years of War is a searing, heartbreaking, triumphant and ultimately powerful memoir, told in two different voices: husband and wife. It's an account that every military family should read, but it is also a memoir that should be read by those with no attachments to the military lifestyle. While spouses will find themselves identifying with Kristine's sentiments, and service members will find a parallel in Ross' thoughts, it is a gift to those who have only experienced service and war through the nightly news broadcast.

This book is truthful, and most importantly, real. It's not what one will read in history books; it is much more. Like so many of us, Kristine Schellhaas, founder of USMC Life and her husband Maj. Ross Schellhaas, have lived and raised their family in the shadow of a war foreign to many Americans.

After all, 15 years post 9/11, there are currently serving military members who were only 3 or 4 years old when the Twin Towers fell. And there are countless 18-and-19-year olds in America who experience a sort of connected disconnect to the day: it is something that is both in their history books and on their news stations. There is patriotism, yes, and arguably abundantly so--but there is a removed sense, a divide between military and civilian.

For Kristine Schellhaas, helping others gain a deeper perspective of military life has been something of an unexpected calling. Her memoir offers a deeply personal narrative of what it is to serve in the Armed Forces and on the homefront. But this is something she's been doing for years, guiding military families through their first year and carrying them through as they tackle their second, third, and fourth... --Military Spouse Magazine

Kristine Schellhaas’s success as an entrepreneur and nationally known advocate for military families is the result of her unwavering passion, fearless commitment, and unique authenticity. She founded USMC Life to inspire, connect and educate military families helping millions of readers each year, and has dedicated thousands of volunteer hours helping military families through five wartime deployments. She is currently serving on the advisory board for two military non-profits. In her spare time, Kristine enjoys reading, as well as celebrating life and red wine with friends. To book Kristine for speaking or discover more about the author, please visit KristineSpeaks.com, or connect with her on social media.