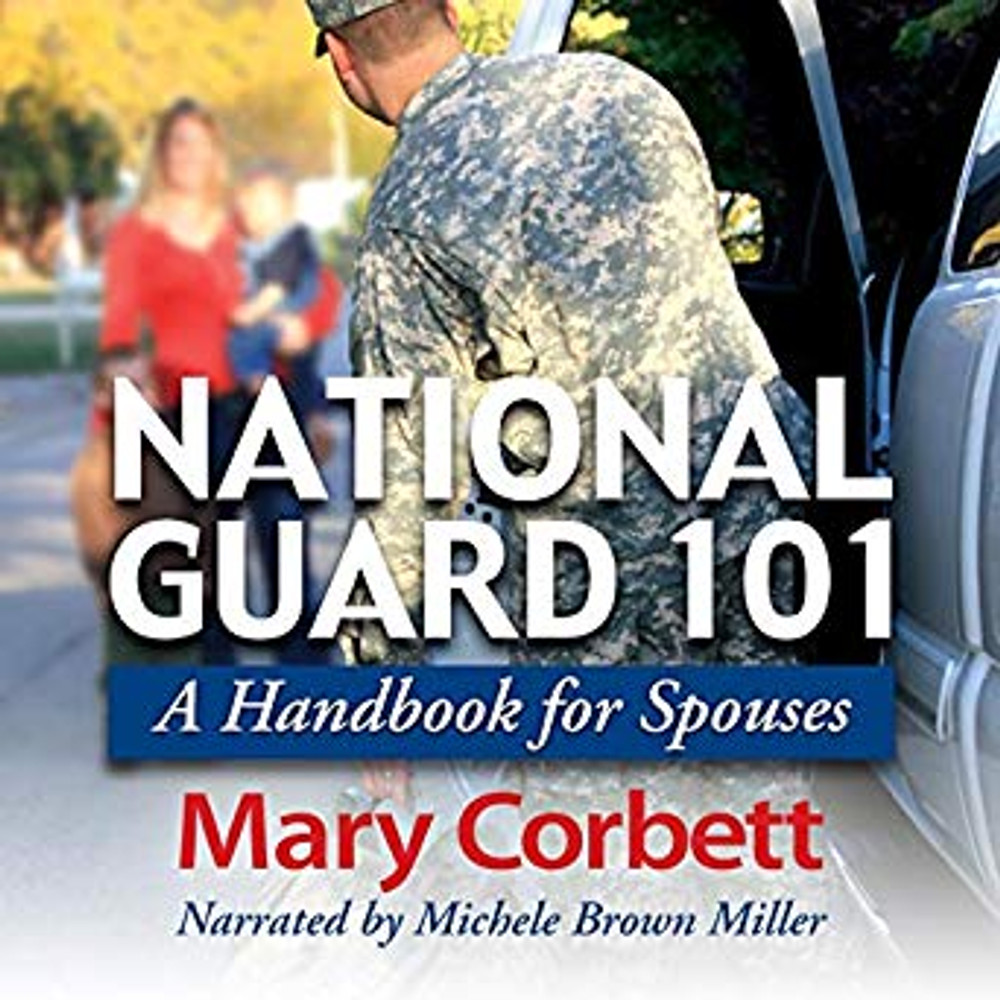 “The first time I attended a National Guard family event, I felt like I had been abducted by aliens!” recalls Mary Corbett, author of National Guard 101: A Handbook for Spouses. “I didn’t understand anything! I had never been in an armory before. I didn’t know the difference between an officer and an enlisted Soldier. I didn’t even know how to address the commander or his wife!”

Corbett decided to “wing it,” rationalizing that since her husband was “just” a Guardsman she wasn’t a “real” military wife. After all, military spouses lived on bases, operated within a strict structure of rank, and dealt with long deployments. Thank goodness she didn’t have to worry about those things!

On September 11, 2001, everything changed. Since that horrific act of war, virtually every unit of the National Guard—a force the size of the entire active Army—has served on active duty for one or more deployments at home or abroad. The last time the entire National Guard had been mobilized was during World War II. Corbett realized that she and others like her had been “real” military spouses all along.

National Guard 101 is the only military lifestyle book written specifically for the National Guard audience. Corbett’s unique book covers a broad range of topics, from practical knowledge about the history of the National Guard and understanding rank to softer subjects like social life in the Guard and family programs. Corbett  also details the benefits and assistance resources available to Guard families and guides readers through the process of setting up a Personal Assistance League (PAL) to provide support during deployment.

Written in a lively and informal style, National Guard 101: A Handbook for Spouses demystifies the Guard’s unique hybrid civilian-military lifestyle. It is a must-read book for every National Guard family member.

"Mary Corbett manages to break down the information Guard spouses need to know in a straightforward but fun way. For any National Guard spouse who never imagined how much of his or her life would be affected by the military." - Jennifer G. Williams, Editor, Reserve and National Guard Magazine

"National Guard 101 is more than just a helpful handbook for spouses. It's a go-to guide for anyone new to the Guard's portion of the profession of arms, even those in uniform." - MG Gus L. Hargett Jr. (Ret.), President, National Guard Association of the United States

National Guard 101: A Handbook for Spouses